Learn About The Signs and Dangers of Anemia. 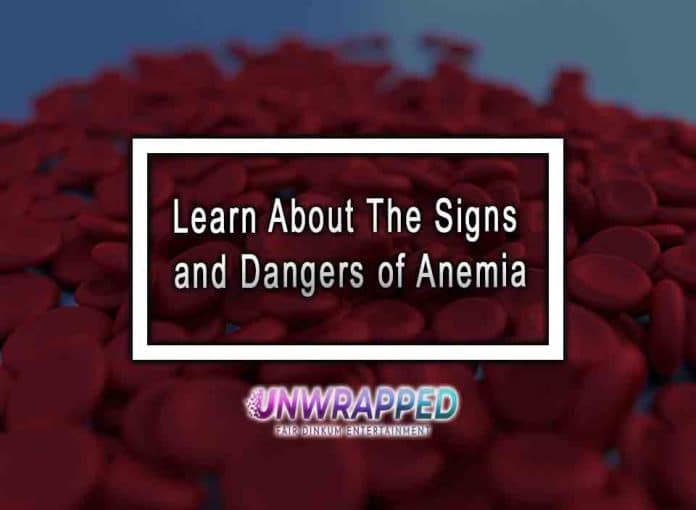 It is important to pay attention to anemia since it is a condition that has no outward symptoms and may have varying degrees of impact on the human body.

In the middle of our increasingly frantic schedule, we end up not paying significance to basic elements for a healthy life, such as maintaining a balanced diet and the practise of workouts. This, when combined with the stress that we experience, may have significant effects.

Anemia is a condition that occurs when the amount of hemoglobin in the blood is lower than what is considered normal. Hemoglobin is the component of red blood cells that is responsible for transporting oxygen throughout the body. As a result, a lower concentration of them in the blood will result in a reduced ability for the blood to transport oxygen.

A number of different things may bring on anemia, but the lack of iron in the blood is the most prevalent cause of the condition. Iron is a mineral that is necessary for the body and plays a significant role in the production of red blood cells as well as the oxygenation of all of the body’s cells.

There are many categories that may be used to describe anemia. One of these classifications is based on the size of the red blood cells, which is further subdivided into the following three groups:

In the condition known as normocytic anemia, the size of the red blood cells does not alter, yet there is a rapid loss of blood. Hemorrhages are one example of this phenomenon.

In this form, the red blood cells exhibit alterations, including a size that is bigger than what is considered normal. One excellent illustration of this is the megaloblastic.

Red blood cells are significantly reduced in size as a result of it.

It is important to conduct blood tests in a laboratory in order to make a diagnosis of anemia since its symptoms are not very distinctive. On the other hand, there are several physical signs that could be connected to it, including the following:

Several circumstances increase the likelihood of developing anemia, such as a diet deficient in iron, vitamin B12, and folic acid in growing children or pregnant women.

Intestinal issues, such as Crohn’s disease and celiac disease, make it difficult for the small intestine to absorb nutrition; women who are still menstruating are particularly vulnerable due to the loss of red blood cells;

Low red blood cell counts put people with chronic illnesses like cancer and renal failure at danger; those who have undergone bariatric surgery have a reduced capacity to absorb vitamin B12 and iron.

Also see: Learn Everything About Acupuncture and Its Health Advantages.

Stay Connected
41,936FansLike
5,681FollowersFollow
816FollowersFollow
Previous article
Learn Everything About Acupuncture and Its Health Advantages.
Next article
Keep Your Skin Hydrated With These Protective Facial Moisturizers

Discover The Advantages Of Early Workouts

Endometriosis: The Painful Disease That Many Women Suffer In Silence