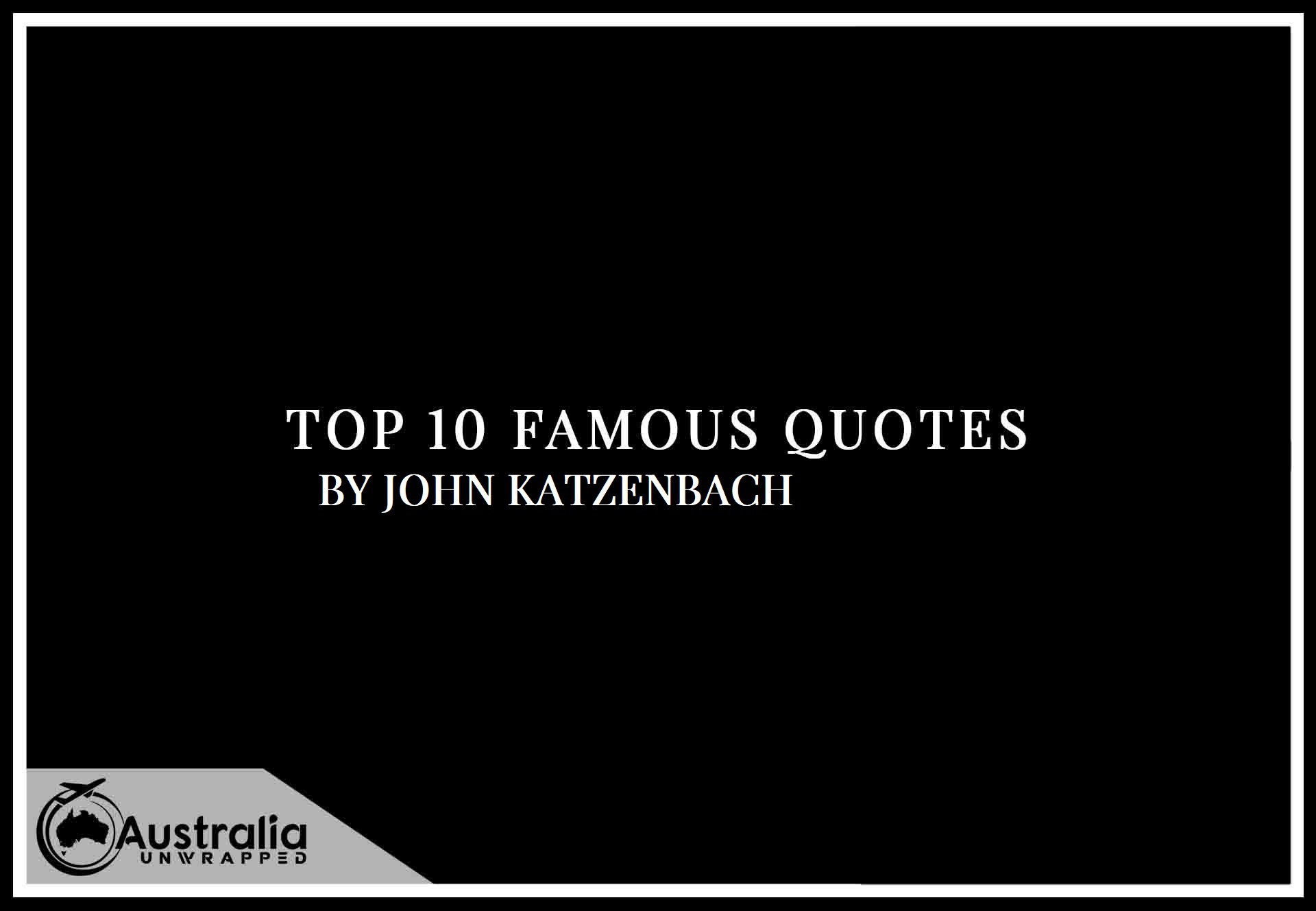 Love reading? Then it’s likely you will love a good quote from your favourite author. This article covers John Katzenbach’s Top 10 Popular and Famous Quotes that we at Australia Unwrapped have collected from some of his greatest works. John Katzenbach quotes to remember and here you will find 10 of the best. A memorable quote can stay with you and can be used along your journey. Choosing John Katzenbach’s top 10 quotes is not easy, but here they are:

“One of the things I learned in my maddest years was that one could be in a room, with walls and barred windows and locks on the doors, surrounded by other crazy people, or even stuffed into an isolation cell all alone, but that really wasn’t the room one was in at all. The real room that one occupied was constructed by memory, by relationships, by events, by all sorts of unseen forces. Sometimes delusions. Sometimes hallucinations. Sometimes desires. Sometimes dreams and hopes, or ambitions. Sometimes anger. That was what was important: to always recognize where the real walls were. (176)”
― John Katzenbach, The Madman’s Tale

“I can no longer hear my voices, so I am a little lost. My suspicion is they would know far better how to tell this story. At least they would have opinions and suggestions and definite ideas as to what should go first and what should go last and what should go in the middle. They would inform me when to add detail, when to omit extraneous information, what was important and what was trivial. After so much time slipping past, I am not particularly good at remembering these things myself and could certainly use their help. A great many events took place, and it is hard for me to know precisely where to put what. And sometimes I’m unsure that incidents I clearly remember actually did happen. A memory that seems one instant to be as solid as stone, the next seems as vaporous as a mist above the river. That’s one of the major problems with being crazy: you’re just naturally uncertain about things. (9)”