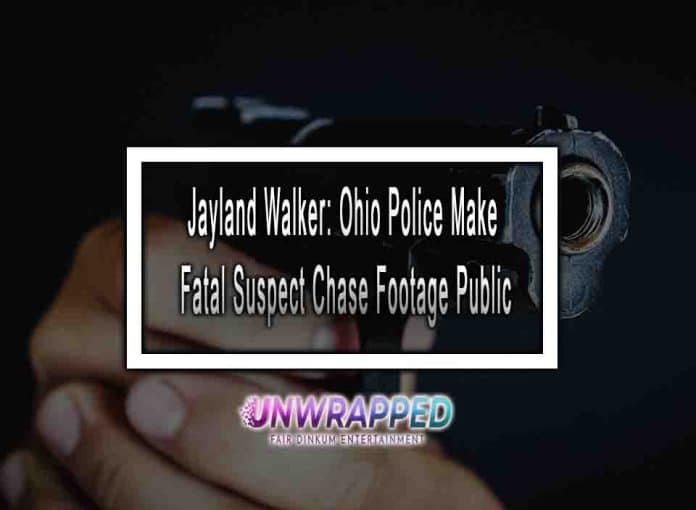 Last Week, Police In Akron, Ohio, Shot Black Driver Jayland Walker Many Times. The City Has Been Rocked By Outrage As Demonstrators Demand That Police Personnel Be Held Accountable.

During the June 27 nighttime traffic stop, police think Jayland Walker, 25, opened fire first, and they feared for their lives. Police claim a pistol was discovered inside Mr Walker’s automobile, even though he was unarmed when he fled from it.

The mayor of Akron encouraged residents to be patient as the demonstrations got underway. After the clip was made public on Sunday, Daniel Horrigan remarked, “The video is heartbreaking and difficult to take in.” While Akron police are conducting a separate internal investigation into whether officers violated departmental rules or regulations, state attorney general Dave Yost vowed a “full, impartial, and expert inquiry” by the Ohio Bureau of Criminal Investigation.

Seven of the eight cops who took part in the shooting are white, and one is black. They are all now on paid administrative leave. The lawyer for Mr Walker’s family said that the police continued to shoot at him even after he had fallen to the ground.

According to a statement by the Fraternal Order of Police Akron Lodge No. 7, the Akron Police union feels the officers who fired the bullets were appropriate in their conduct, “even (with) the number of shots fired.”

Derrick Johnson, the president of the National Association for the Advancement of Colored People, described Mr Walker’s death as “murder. simply put “.

Read: Review Of Man Vs Bee: Watch It Or Ditch It?

Stay Connected
46,421FansLike
5,663FollowersFollow
840FollowersFollow
Previous articleNational Geographic will air a spin-off of “Gordon Ramsay: Uncharted.”
Next articleReview Of The Movie Thor: Love And Thunder: A Witty Marvel Sequel That Recognizes Its Own Silliness