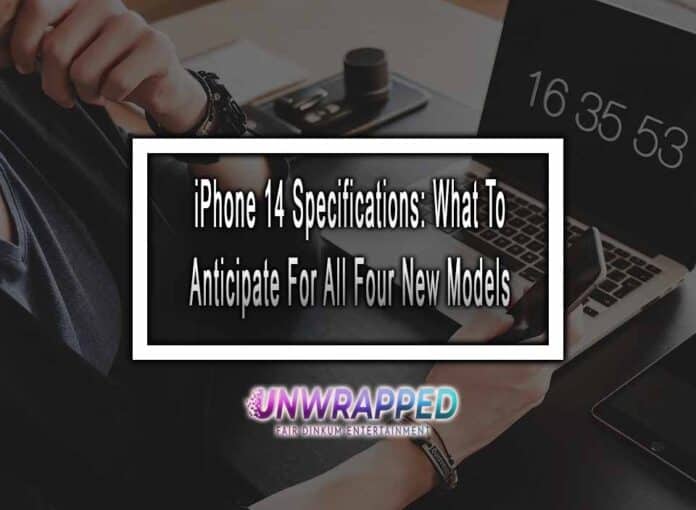 For The iPhone 14 And iPhone 14 Pro Series, The Following Information Has So Far Been Revealed

The iPhone 14 and iPhone 14 Max are anticipated to receive modest camera improvements, with the more significant changes being reserved for the iPhone 14 Pro and iPhone 14 Pro Max to push iPhone photography to its absolute maximum, in keeping with how Apple reserves its highest-end camera features for the “Pro” models.

What Are The Upgrades?

All four of the iPhone 14 models—the iPhone 14, iPhone 14 Max, iPhone 14 Pro, and iPhone 14 Pro Max—will include an enhanced front-facing camera with autofocus and a larger /1.9 aperture, according to Apple analyst Ming-Chi Kuo, who made the announcement earlier this year. Apple is anticipated to pay three times as much for the component.

Also See: Why The Next iPhone Isn’t The Most Intriguing Device For 2022 Because Of iPhone 14 Tiredness

A larger aperture on the iPhone 14 models would permit more light to flow through the lens and reach the front camera’s sensor, improving image quality. With these camera improvements, according to Kuo, Portrait mode photographs and videos may have a greater depth of field, and FaceTime and Zoom video chats may have a sharper focus. In contrast, the front camera on every iPhone 13 model has a fixed focus and a narrower /2.2 aperture.

The most frequently mentioned iPhone 14 camera feature is the 48-megapixel camera. A particular rumour from Asia claims that the iPhone 14 Pro’s Wide camera pixels would be smaller due to the increased amount of megapixels, supposedly measuring at 1.22 mm. Compared to the iPhone 13 Pro and iPhone 13 Pro Max, this is a 0.68 mm decrease.

Check Out: Numerous iPhone 14 Secrets, Including Color Possibilities And Reverse Wireless Charging, Have Been Revealed Through A Series Of Leaks

Like the iPhone 13 Pro, the new Wide sensor is said to be a Sony component. Despite the increase in pixel size, the iPhone 14 Pro is said to retain the same (DPAF) technology, dubbed “Focus Pixels” by Apple since the iPhone 6 in 2014, as well as the capacity to capture 16:9 HDR video at up to 60 frames per second.

The back camera array is considerably bigger due to the larger lens needed to collect more light due to the larger sensor size. The Google Pixel 6’s 1/1.3-inch sensor has the exact dimensions as Samsung’s 50MP GN1 sensor.

For wannabe buyers of the regular iPhone 14, it’s a more complicated picture. We’ll have to wait and see what is officially announced at the Apple event because the leaked specs don’t indicate significant enhancements. However, at least the upcoming iPhone 14 Max, which would be a whole new model, appears attractive.

Stay Connected
52,682FansLike
5,667FollowersFollow
830FollowersFollow
Previous articleNumerous iPhone 14 Secrets, Including Color Possibilities And Reverse Wireless Charging, Have Been Revealed Through A Series Of Leaks
Next articleWhat You Should Know About Me Time