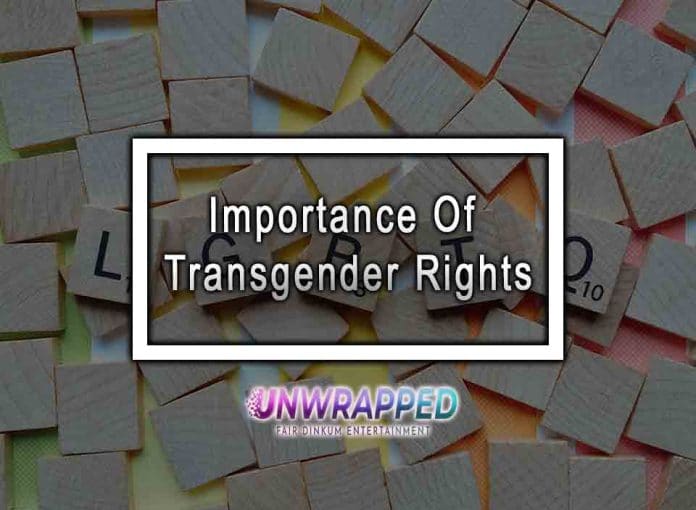 Let us work together to create a society where everyone feels safe to be themselves, including trans people. People who are intersex don’t need to be “changed”; they are fine just the way they are!

5 Reasons Why We Have To Support Transgender Rights

People who identify as transgender comes from all areas of life. The term “transgender” – or trans – refers to those who have a gender identity that differs from their gender at birth. Even though the word “transgender” and its current meaning were developed in the late twentieth century, people who fit this description have existed in every community since the dawn of humanity.

Because I am not trans, I have no idea what it’s like to be unable to feel comfortable in public spaces, even the essential ability to use public restrooms—this is why listening to trans perspectives is so crucial. As they traverse several oppressive institutions, trans individuals of color generally have much worse health and economic results. Below are some important concerns that I’ve highlighted:

Why should we support them?

You May Also Like: All About Histrionic Personality Disorder

In certain places, transgender activists have made significant progress toward making this vision a reality. Still, their battle has often been a lonely one. Legal gender recognition should be recognized as a fundamental human right by mainstream human rights groups and funders. They should put their weight and resources behind their achievement.

The right to legal gender recognition is critical for trans persons to be able to leave a life of marginalization behind and live a life of dignity. A modest change that gives people more control over how their gender is displayed and documented is gaining traction. It has been a long time coming.

Check Out: In A Texas School Shooting, A Gunman Murders 19 Children And 2 Adults