Skip to content
You are here:Home / How to Tell if My Exploding Kittens Game is Fake or Genuine 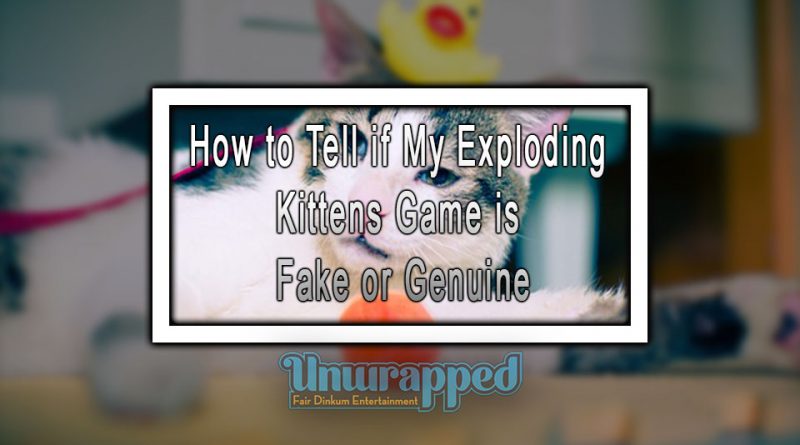 Is My Exploding Kittens Real or a Counterfeit?

I recently purchased Exploding Kittens from a reputable eBay seller for a reasonable price, around 40 per cent cheaper than in Amazon. That should have been a red flag, however as I had only heard of the game through a colleague and not researched it, I just clicked price plus delivery lowest and went with that one.

It arrived promptly and other than feels a little tacky which was surprising as we have Throw Throw Burrito from the same manufacturer which was of an acceptable to high quality. Once I got used to the paper feel cards, we had hours of fun playing the game, that was up until we purchased the expansion pack.

The cards in the expansion pack’s quality were significantly improved, and there was a dysfunctional size difference, watch the video  below for clear instructions on how to spot a Fake Exploding Kittens by Exploding Kittens LLC.

The Boxes for Real VS Fake Exploding Kittens

The original version that I have purchased from Amazon the box is a high-quality Matt finish with a black interior. The Graphic design and print are also more precise and the dimensions and a few millimetres different HxWxD.

On the Fake box you will also notice the high shine / gloss finish as opposed to the Matt finish of the original. The box is all round higher quality and when side by side its obvious which is a copy.

The fake product in this case didn’t even try and hide the fact, they included the manual for the NSFW edition in the original game version.

The instruction manual in the fake is also of a low quality paper, however it does fundamentally contain the same data and you can still play the game, and enjoy it, it’s just once you know its a fake, it always pisses you off, as someone hard work is just being taken for granted.

The fake cards come in at 2.25 inches by 3.25 inches thus making them incompatible with the expansion packs (no matter how hard I tried).

Also you will notice the quality is significantly poorer and the texture of the real cards feels superior in every way.

Let’s be brutally honest fake stuff is usually crap, and the fake version of the Exploding Kittens fails to disappoint. The game itself is remarkable, fun and has endless playability, but do yourself a favour get the real version and then as you enjoy the game grab the expansion packs worry-free that they are compatible and you are not participating in ripping off a very good and ethical company.

Also See : Is Starting a Blog the Best Way to Make Money Online?

How to Take Care Newborn Kitty Without Mama Cat 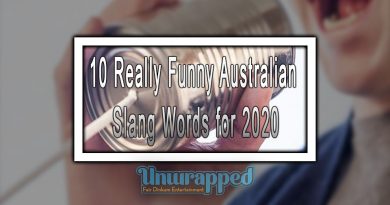 Top 10 Discoveries In Australia Up Until 2020