How Much Do Australian Cricketers Get Paid? | Breakdown As Per Player, Format And Gender 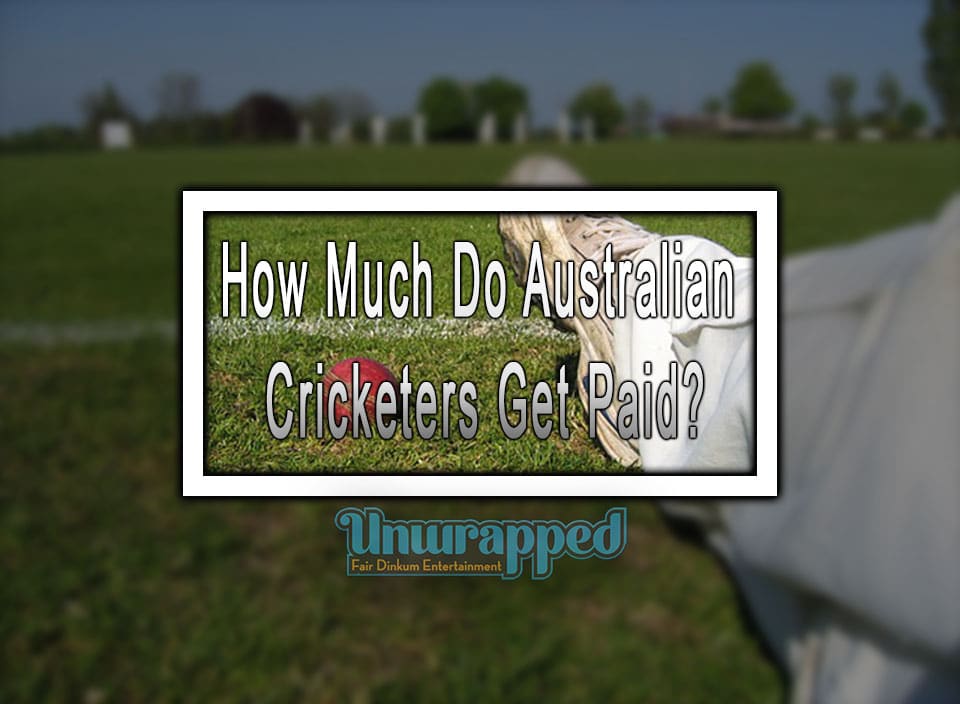 Australian Cricketers and Their Paychecks

When you talk about sportsmen, you are not only discussing their skill set, their gaming average, or the team they play for. Much of the interest lies in their net worth. It’s no secret that becoming a sports superstar comes with many benefits, but past the recognition, what many attain to achieve is a sizable paycheck.  With shows that display their wealth, dissecting how much these sports athletes make is also a hot topic. Of all the athletes, basketball stars always appear to be the ones raking in the cash.

Their extravagant lifestyle is often widely showcased on social media, print, and of course on television. But this doesn’t mean that they are the top dogs of the sports industry. Annual net worth lists are in fact populated by a range of athletes including basketball players, soccer (football) players, UFC champions, race car drivers, and a tennis pro or two. Interestingly enough, basketball isn’t even the top most popular sport in the world. Soccer (football) ranks the highest, followed by cricket, and then basketball.

If that’s the case, then how come cricket players aren’t amongst the most highly paid in the world of sports? How much exactly does a cricketer make in the first place?

Through the years, more and more people are contesting the inflated amount sports athletes are being paid. Especially, when they are paid not based on the value of their work. Rather, professional sportsmen and women get paid just by playing a game. There is much about an athlete’s salary that the average person doesn’t know much about. So before we jump into how much cricket players make compared to players in other sports, let’s understand a few things about athlete salaries first.

Some Basic Facts About the Salary of Sportsmen and Women

In general, the sports world follows the same standard practices especially when it comes to determining an athlete’s monthly or even sometimes, annual paycheck. Here are some additional facts about the athletes including Australian cricket players.

Yes, you heard right. Typically, a player’s contract will determine how much a player gets paid and any terms that are related to unforeseen events that could result in a player not participating in a game or match. These circumstances may involve injuries or a slump in their performance – yet the clauses can include no negative setback on their monthly salary. In some cases, management is obligated to continue paying their player’s salary until he is fit to play provided that the injury he sustained occurred while participating in sport-related activities.

Discrepancies in player salaries can greatly affect the performance of players

Years of studies have shown that teams with players that have comparable salaries are more likely to win games. Furthermore, research gathered also showed that when it comes to compensation, the idea of “fairness” is valued more by sports athletes than the concept of equality.

Just like many other cricket-playing nations, Australia provides players with a salary that is agreed upon in their contract. Cricket players are categorized as either non-contract players or as contract players.

The gender wage gap in professional sports is worse than ever

When it comes to playing sports, it pays to be male. It doesn’t matter which sport a person plays, facts show that men make more money than women players. One perfect example is the annual Forbes list of the World’s Highest-Paid Athletes. A quick glance of the said enumeration will immediately show an all-man lineup. Interestingly enough, available data online for Australian cricket players will yield information on the average male player’s salary but not much is said about the women’s team.

Just like a lot of team sports, Australian cricket players undergo annual signing and drafting. It is the Australian cricket board that signs international tournament players on a yearly basis, along with this, any increase in salary is based upon their performance from the previous year.

In a recent report (2019), it was revealed that the salary of Australian cricket players based on their new 2020 contracts are as follows:

It should be noted that the above fees are given for players that are categorised under the Y category. Players who fall under this classification are deemed to be major players and are under contract. Meanwhile, those who do not hold contracts are paid the following:

Safe to say, that the Australian cricket board believes in providing players with salaries that are pretty equal, save for the higher rates given to the top team players. Though the salary discrepancy appears to be high depending on your team rank, cricket players do not see any issue with it. If anything, it serves as a motivation for everyone to do better to get that retainer pay raise on their next contract signing.

How much do the Australian cricket players get paid?