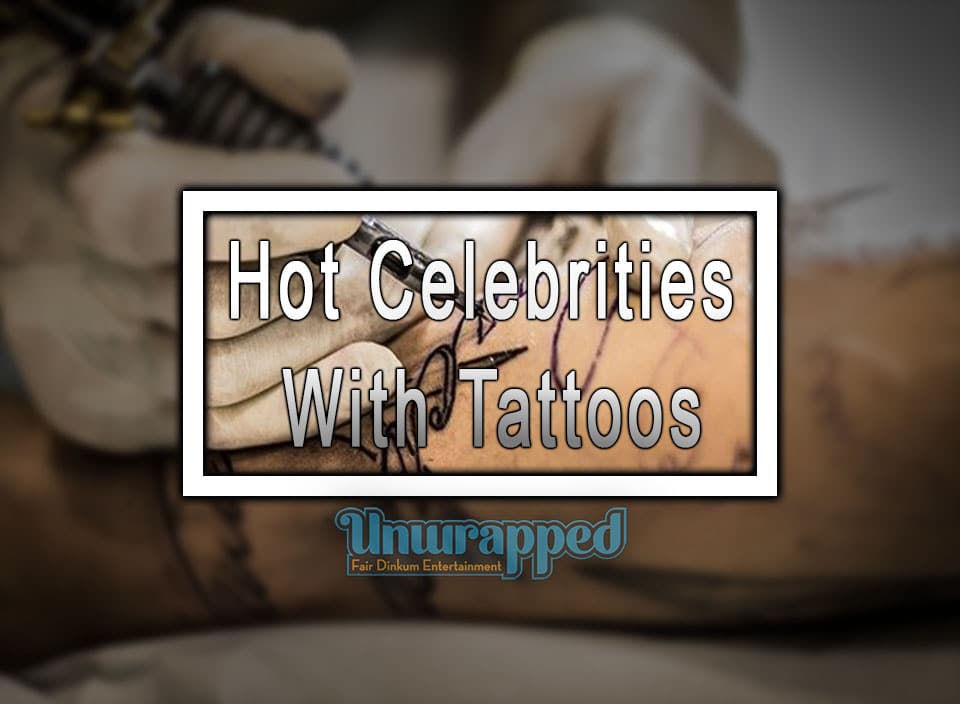 The Sexiest Celebrities in The World With Tattoos

It’s hard to stand out in the saturated world of Hollywood. Celebrities find their own unique ways to stand out, from outrageous fashion choices and makeup to piercings and tattoos. Inks, tats, or tattoos – whatever you may call them are works of art. They tell someone’s story and journey in the most visible way. They certainly help celebrities stand out and create their unique identities!

Here are some of the hottest celebrities who show off their ink loud and proud. Pay attention because you might get some ink inspiration!

Most people know Adam as the frontman and the lead vocalist of Grammy Award-winning band, Maroon 5. Over the years, fans have observed Adam’s body’s transformation through his beautiful tattoos. This, and his incredible talent, are what made him one of the most famous sex symbols in Hollywood.

An intricate rose tattoo on his left arm is now part of his sleeve tattoo masterpiece. As an homage to his hometown, Adam also has a huge tattoo of Los Angeles on his right arm. But what’s truly shocking and impressive is his enormous mermaid tattoo on his back. No one’s quite sure of its personal meaning to Adam.

Since Justin Bieber was first discovered by producer Scooter Braun, he’s broken tons of records and gotten several awards. His journey with tats is heavily documented by the media and, of course, his fans.

Justin Bieber got his very first tattoo way back in 2010 to celebrate his sixteenth birthday. He’s truly come a long way since then. Currently, Justin has over 40 different tattoos! His fans are always on the lookout for more. When he was dating fellow singer Selena Gomez, he got her face inked on his right arm which he has now covered up.

Bieber is also quite known for his Christian faith, and he’s relentless in declaring it through his body art. He has several Christian symbols and images as tattoos. This includes a huge cross on his chest, “Son of God” written on his abdomen, and a bible verse on his right shoulder, among many others.

Chris Brown is one of the bestselling artists of all time. After his debut single topped the Billboard charts, he continued to gain more recognition in the R&B and Hip-hop genre. He even gained more fame from dating fellow R&B musician, Rihanna. They were declared one of the music industry’s power couples. Chris even has matching stars tattoo with her on both their necks!

Perhaps Chris Brown’s most famous tattoo is an image of Jesus Christ surrounded by musical notes on his right arm. Being a huge fan of anime and cartoons, Chris inked a Dragon Ball on his right leg. He also has an Astro Boy tattoo on his left leg. According to Chris, most of his other tats connect with him on a spiritual level.

One of the hottest celebrities in the music industry, Rihanna is known for her versatile vocals and her bold, risk-taking fashion choices. Over the years, her tasteful inks have become fashion statements. Fans are also not ashamed of recreating some of Rihanna’s tats on their bodies.

She even became the subject of scrutiny for some of her tattoos. In 2010, she had “rebelle fleur” tattooed on her left neck. Many people argue of its grammatical error but she later spoke out and explained that it was intentional and that no error was made.

Rihanna is surely a fan of inking words in different languages. She has a left ribcage tattoo in Arabic which means “Freedom in God”. She also has her best friend’s birthday inked in Roman numerals.

Angelina Jolie is known for bravely flaunting her unique and symbolic tattoos all over her body. She’s known for sporting tattoos that deeply resonate and connect with her. As of 2020, she currently has 25 known and visible tattoos.

In 2009, she has covered up a tattoo she had inked with ex-husband Billy Bob Thornton. In 2013, she had an Arabic text inked on her body after her double mastectomy. Jolie is also celebrated for her love and devotion to her family, which is also reflected through her body art. She has tattoos of geographic coordinates of the places where her kids were born and adopted.

Well-known for her role as the cunning Cersei Lannister in the hit TV show Game of Thrones, Lena Headey is also quite known for her stunning tats. She has lots of inks spread throughout her body. This posed a great challenge to Game of Thrones’ costume designer to cover up most of them heavily with make-up.

Most of Lena’s inks are artistic and naturistic. This includes a red flying bird on her back, a dragonfly on her left foot, doves on her left arm, a colorful lotus flower on her upper back, and butterflies on her right arm.

Like most celebrities, she also has tattoos relating to her family. This includes her ex-husband’s last name and son’s first name on both of her wrists.

This world-famous English football player has truly captured everyone’s hearts. Married to Spice Girls member, Victoria Beckham, David and his family remain influential even up to this day. He is known for his exquisite and sexy sleeve tattoos. But would you believe that this handsome 45-year-old currently has over 63 tattoos?

Harry Styles rose to worldwide stardom through his English boyband, One Direction. His avid fans have been on the lookout for new body ink since his first black star tattoo in 2012 for his 18th birthday. After about 8 years, he now has over 50 tattoos inked all over his body.

Harry is also known for getting miniature tattoos from time to time. On his wrist, he has a small padlock, key, shamrock, 99p, and Aquarius sign tattoos. Perhaps Harry’s most iconic tattoo is the one on his chest – two swallow birds. He said in an interview that the birds symbolize travel – something he did a lot when touring with One Direction.

Ashley Frangipane, better known as her stage name Halsey, rose to fame through her 12x platinum single, Closer, with The Chainsmokers. She is known for her bold and constantly evolving looks and fashion choice – short pink hair, long blue hair, green and yellow highlights…you name it, she’s done it.

She currently sports over 35 different tattoos all over her body which she gladly shares to her fans. Halsey has a huge Marilyn Manson tattoo on her right rib cage. She also has the Mandalorian emblem inked on her right elbow. Some of her other famous tattoos include a music staff, Little Prince symbols, Om symbol, and her brother’s birthdate.

Miley Cyrus has long been past her Hannah Montana and certainly her Wrecking Ball days. She is unstoppable now, more than ever with her self-expression. One of the ways she does this is apart from her music, which is through her tattoos.

Perhaps one of the oddest locations to get a tattoo is on the earlobe. Miley has a “Love” tattoo on her right inner earlobe. She also has tons of mini tattoos around her hands and fingers. This includes a peace sign, heart symbol, karma, equal sign, and an evil eye. She also flaunts a Theodore Roosevelt quote on her left forearm.

Apart from John Mayer’s distinct and rich baritone vocals and swoon-worthy hits, he’s also quite known for his elaborate and intricate sleeve tattoos. On his left arm, he has a traditional Japanese Sleeve tattoo that showcases sophisticated design and aesthetically-pleasing colors. He also has some silly tattoos like his cat tattoo which was designed by fellow artist, Ed Sheeran.

OG fans of The Rock know him as a professional wrestler. However, Dwayne Johnson has also made a name for himself as one of the most sought-after actors in Hollywood. He is quite known for his tribal chest and arm tattoo that he usually proudly shows off in his films. According to him, it means “warrior”.

A tattoo is one of the most beautiful creative ways of self-expression. When it comes to ink, there’s almost always a story or reason behind it. Furthermore, they are also quite unique and personal, making them all the more interesting

Amazon Marketing for Self Published Authors