Girl Is Allergic To WIFI, So She Must Live Without The Internet 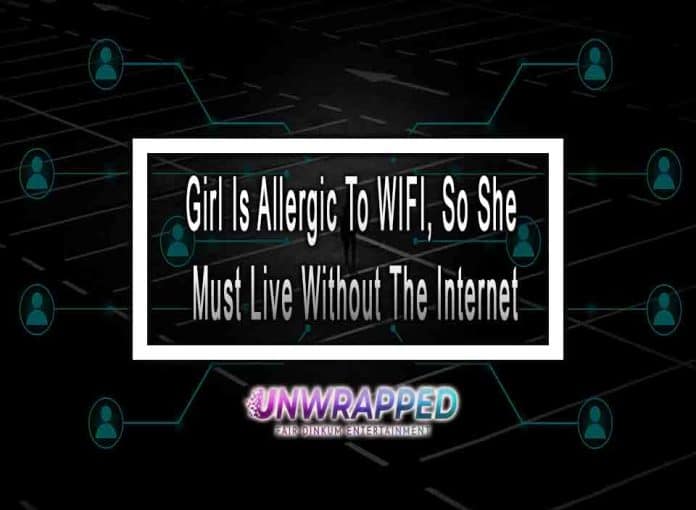 The Girl Allergic To WiFi bills itself as an odd, funny teen comedy that promises attractive and engaging characters and a bizarre but nevertheless true plot. The film is ultimately enjoyable and cute to watch, with its odd comedy working well throughout, but it struggles to break free of a more basic teen romance plot, one that is more annoying to watch than emotionally engaging.

Norma had no problems for the majority of her life. She was a typical adolescent with friends, crushes, boyfriends, school, and bustling social life. She is, however, unable to be around electromagnetic gadgets one day. This greatly complicates her life because it requires her lover, Leo, to travel a long distance to see her. Something that his brother, Aries, and buddy Macha don’t have an issue with, but Leo is a basketball player, therefore his time is restricted.

However, because Aries has a crush on Norma, his desire drives him beyond any kind of friendship. But, because Norma is a Leo, what can Aries do? Even if Leo gradually comes to realise that the effort necessary to be with Norma is too great. As a result, a rift may form, giving Aries a guilt-ridden opportunity. My ability to empathize with the hardships of the guy with a crush was shattered by his impulsive and often dumb behavior, which detracted from the film’s major emotional core, leaving what eventually becomes its main emphasis a fairly lackluster and even annoying bugbear.

Even though Aries appears to be a real kind man, we can’t ignore the fact that he adores his brother’s fiancée and, while he doesn’t make a move on her, he does overstep. Even if he does a lot for someone who considers him a friend, it’s difficult to deny that he and Norma become charming together. That isn’t to say that his acts aren’t wrong; they contain things Leo doesn’t and wouldn’t approve of. The magnetism between Ramirez and Blake, on the other hand, makes you overlook their relationship’s flaws.

You Will Weep At The End

Especially when you get to the finish. Because, if you are sappy, sensitive, emotional, or whatever adjective you want, you will be crying as a result of a handful of occurrences in the previous 10 or so minutes. Tears that, to be fair, may come as a surprise given that the film doesn’t particularly push you to feel anything. Yes, Norma’s existence is difficult, but because the film is mostly focused on Aries’ perspective rather than hers, Norma’s pain is practically incidental. As a result, when things change and we’re dealing with her feelings for him and his feelings for her, you could be surprised to discover tears streaming down your cheeks.

Keep Watching: Father Raised His 6 Children Without Internet in The Woods

Stay Connected
41,936FansLike
5,684FollowersFollow
820FollowersFollow
Previous article
Father Raised His 6 Children Without Internet in The Woods And This is How They Turned Up
Next article
Girl Wakes Up 8 Years In The Future But Finds She Died Long Time Ago, You Will Cry At The End

God Sent a Message to Every Person With The Date of...