Early Favorites For The 2022 Melbourne Cup 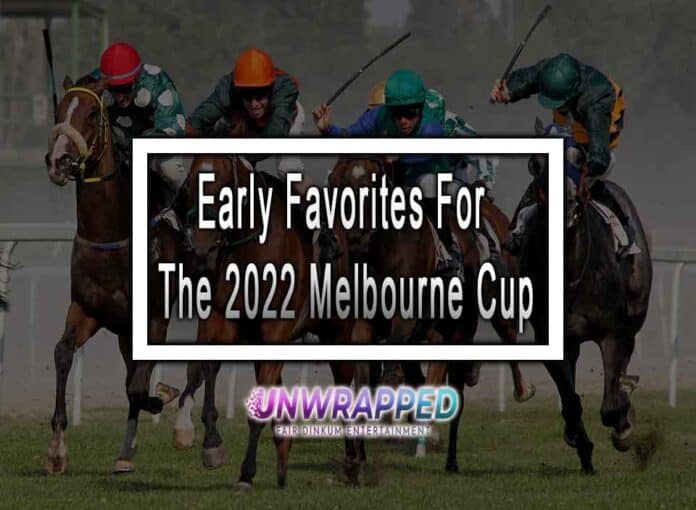 The Melbourne Cup is Australia’s premier Thoroughbred race, both in prestige and prize money ($7,750,000). Held at 3200 meters (about two miles), it is one of the longest races of Group I caliber and is internationally recognized as a great, stamina-laden challenge for stayers.

The race is also one of the most prestigious handicaps in the world, meaning that higher-regarded horses are assigned to carry more weight by racing officials. It is no surprise that it usually headlines the horse racing news by TwinSpires.com in the days prior to the event.

The Melbourne Cup is still more than two months away, being held on the first Tuesday in November, but nominations for the race have closed and the connections of the world’s top stayers have started making their presence known. Who are some of the early favorites for the 2022 Melbourne Cup, the “Race That Stops A Nation”? Let’s take a look.

The winner of the 2022 Group II Curragh Cup, Camorra, is reportedly being pointed toward the Melbourne Cup. The gelded son of Zoffany was subsequently sold to Jarred Magnabosco, and will be trained by Ben and JD Hayes. Camorra will attempt the Group I Irish St. Leger in September before traveling to Australia thereafter.

For many years, it was unheard of for a foreign horse, particularly one who is based out of the Northern Hemisphere, but in recent years European and Asian stayers have been eyeing the race. Three Irish-based Melbourne Cup winners (Vintage Crop in 1993, Rekindling in 2017, and Twilight Payment in 2020) also captured the Curragh Cup in the same year.

The Hayes brothers almost had a double for the Melbourne Cup, as they were scheduled to take over the training for the German stayer Loft, but it was announced instead that Loft would remain with his current trainer, Marcel Weiss.

Loft is a two-mile specialist whose previous victories at that distance include two Group II events: the Belmont Gold Cup Stakes in the United States, and the Comer Group International Oleander-Rennen in his home country. By Group I Deutches Derby winner Adlerflug and out of a Dubawi mare, the four-year-old gelding seems to be improving with age and distance.

Three-time Group I winner Duais is one of the top Australian based horses preparing for the Melbourne Cup. A five-year-old daughter of Shamus Award, Duais was also victorious in the Group I Queensland Oaks as a three-year-old.

Trainer Edward Cummings is excited about the mare’s chances in the Melbourne Cup, and stated that she would use the upcoming Winx Stakes and the Turnbull Stakes as preparation for the big race. Cummings noted that Duais is a versatile mare who will run on any state of turf, and that she appears to appreciate running long distances.

Third to Verry Elleegant and Incentivise in last year’s Melbourne Cup, Spanish Mission has remained in Australia with an eye on this year’s edition. A Kentucky-bred son of multiple Group I winner Noble Mission out of a Street Cry mare, Spanish Mission had previously run in Group races in the United Kingdom, the United States, Australia, and Dubai.

Hoo Ya Mal, who finished second in this year’s Derby Stakes at Epsom, was sold at the Kensington Palace Sale just nine days after the race. The gavel fell at 1.2 million pounds, and the son of Group I winner Territories was happily scooped up by GO Bloodstock in partnership with McKeever Bloodstock, A. Bott, and Gai Waterhouse.

At only three years old, Hoo Ya Mal is light on experience but shows promise as a stayer. Previously placed in the Group III Craven Stakes as a juvenile, Hoo Ya Mal fell short in the Derby by just 2 ½ lengths to favorite Desert Crown. He followed this career-best effort with a third in the Group III Gordon Stakes on July 28th.

Deauville Legend, who placed just ahead of Hoo Ya Mal in the Gordon Stakes, vaulted from that race to a win in the Group II Great Voltigeur Stakes. The son of Sea the Stars looks to be one of the most talented stayers of his generation in the United Kingdom, but as a gelding, is ineligible for that country’s Triple Crown races.

Trainer James Ferguson, who is also pointing stablemate El Bodegon for the Group I Cox Plate, was optimistic about Deauville Legend’s chances in Australia. The sentiment was shared by his rider, Daniel Muscutt, who stated that “he’s got all the attributes for the Melbourne Cup.”