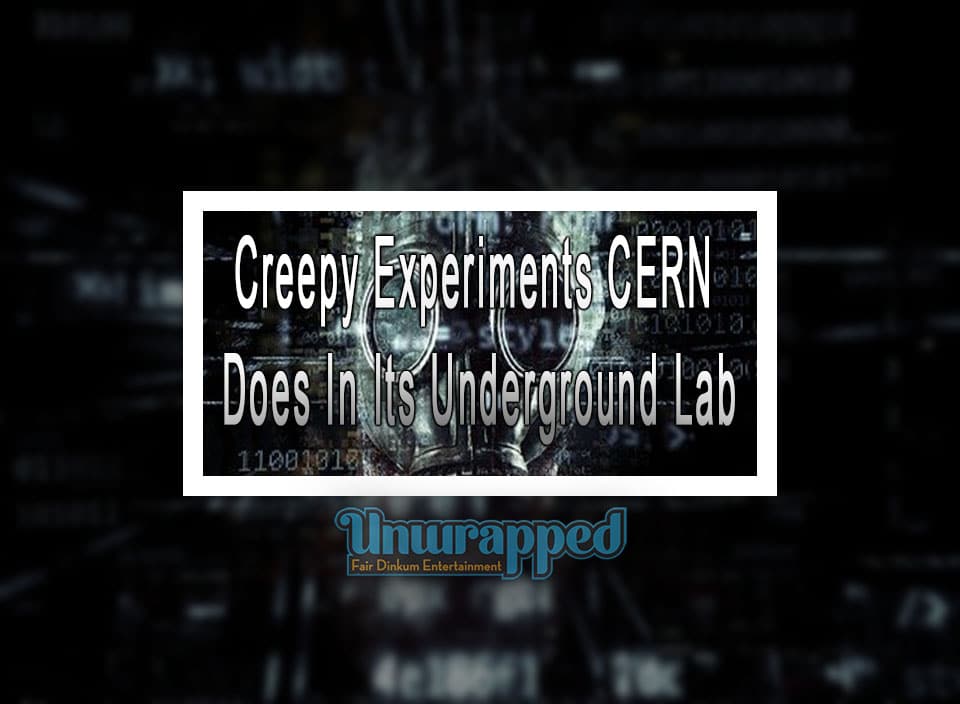 Is CERN going to end the world? For those of you who haven’t heard, CERN is a European Council for Nuclear Research, stationed in Switzerland. When you first enter CERN’s website, you see a message – What is the nature of our universe? – Followed by – What is it made of? Well, that’s what they’re trying to find out. And while exploring and testing new theories, they just might accidentally destroy the world. Although Sheldon from “The Big Bang Theory” would probably disagree. Here are some of the most unbelievable experiments they do in their lab, 100 meters underneath the building.

This is basically a 27-kilometre long tunnel. Its purpose is to artificially achieve the speed of light – in some cases, it already came near that. But don’t hold your breath because that doesn’t include travel. Its first goal is computers. Actually, supercomputers. Way super than the one in the NSA. This one is supposed to achieve an incredible speed of data transfer which is 15 Petabytes = 15 million Gigabytes. In comparison to us, simple people – an average hard disk today has between 1000 and 2000GB in most cases. But, since they’re replicating the speed of light, who knows – maybe someday soon it won’t be just about the computers, but space travel as well. Perhaps we’ll even meet aliens soon. And that’s awesome. It’s science used in a way it should be used – to help humans advance. But, just you wait, the worst is yet to come.

Many of us heard of this term, but what does it actually mean? Cuz it sounds pretty spooky. Well, Dark matter is made of particles that don’t absorb, reflect, or emit light. That means they cannot be seen directly, but nowadays can at least be detected. It’s mostly researched in space since there’s 26.8% in it. Although it exists everywhere – in our world, in humans and so on. However, no one knows what it’s for and why is there. Well, that’s what scientists at CERN are trying to find out. And they’re getting pretty close with their new theory and out-worldly experiments. So, they just might solve the mystery of Dark matter. The only question is – do we want it solved? What if it’s something truly terrible for us? Something like a Pandora’s box.

Many thought that this experiment was extremely dangerous. It’s a black hole, after all, and it could swallow us all. However, after a lot of years of work, the experiment was actually successful in 2010. What was the point of this? Well, the scientists at CERN were curious, I guess? As it definitely is a huge scientific breakthrough, it’s still probably a bad idea. Now, they want to test it even further. The last time it was just a small big bang simulation, and yet it was a massive risk for humanity. Image if they decided to make it even bigger, to experiment further. This is not science fiction – an experiment like that could actually end the world. Think about being stretched to death through a black hole. Not a pleasant picture, huh? Or even worse. Since we don’t know what’s inside a black hole or where does it lead to (if anywhere), who knows what could happen? Imagine being trapped somewhere in the deep dark, alone, senseless, timeless, blind. Sounds scarier than death.

But that’s not all. CERN has thousands and thousands of employees and many different experiments. If you want to know more, visit their website.

Also See : How To Survive a Nuclear War Or an Alien Invasion? Part 2

What are they doing at CERN?

Stay Connected
41,936FansLike
5,681FollowersFollow
816FollowersFollow
Previous article
Is the World Coming To An End In 2026? – A New Scientific Prophecy – Could This One Actually Be Real?
Next article
What if the Alien Invasion Happened in 2020? This Pentagon U.F.O. video suggests it, and You Won’t Believe Your Eyes!

Make The Most of Numerology: The Key Benefits