Can You Drink Coffee When Pregnant? 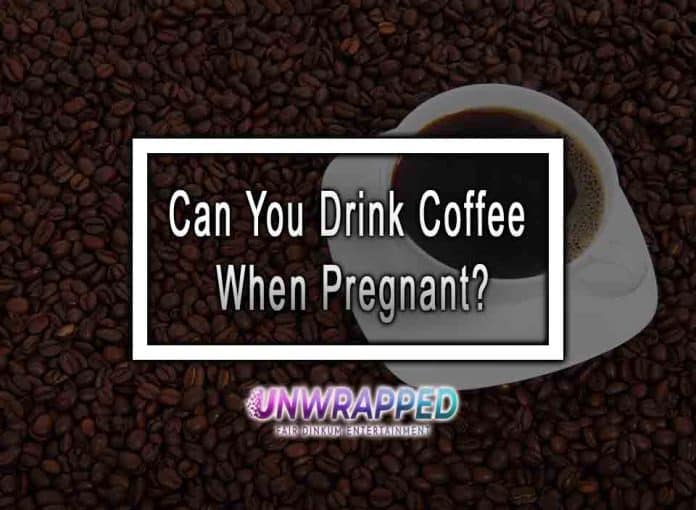 Coffee When Pregnant? Is it Ok?

Caffeine is a common ingredient in many foods and beverages, and it can also be found in medications. This natural substance is usually safe to consume, but it’s important to understand that there are risks associated with caffeine when you’re pregnant. It is found in coffee, tea, chocolate and some soft drinks. It is a stimulant that affects the central nervous system the brain and spinal cord, heart rate, blood pressure and breathing rate.

Caffeine can also make you urinate more than usual – so drink plenty of water too. It’s important to keep an eye on your caffeine consumption during pregnancy because high levels of this substance can increase the risk of miscarriage or premature birth.

How Much is Too Much?

There’s no set amount of coffee you can drink during pregnancy. However, it’s important to keep in mind that pregnant women should avoid drinking too much caffeine because it can cause complications for the baby and increase the risk of miscarriage.

The American College of Obstetricians and Gynecologists recommends that pregnant women limit their daily intake of caffeine to 1-2 cups per day. They also recommend limiting alcoholic drinks, which contain alcohol as well as other chemical compounds that may harm your baby in the womb or during delivery.

Caffeine During Pregnancy, Is It Safe?

Caffeine is a common ingredient in many foods and beverages. It’s found in coffee, tea, soda pop, energy drinks, chocolate and other sweets. While some studies have shown that caffeine may be safe for pregnant women to consume during pregnancy or breastfeeding periods and others have shown the opposite it’s best to avoid it altogether if you can.

Caffeine is not recommended for pregnant women or breastfeeding mothers because of its effects on fetal development: newborns experience changes in their brain chemistry when they’re exposed to caffeine during pregnancy or while breastfeeding; these changes can lead to behavioral problems later on in life. Women who are trying to become pregnant should also avoid consuming caffeinated beverages as much as possible because they could cause miscarriage or early labor contractions; this includes any type of beverage containing more than 200 mg of caffeine per 8 oz serving size.

Effects of Caffeine on the Body

Caffeine is a stimulant that can cause jitters, heartburn, and stomach upset. It can also lead to headaches and insomnia. Caffeine has been linked with anemia low red blood cell count as well as miscarriage in pregnant women or those who are trying to get pregnant. The amount of caffeine you’re consuming when pregnant should be limited to 150 mg per day the equivalent of about three cups of coffee.

Caffeine can cause nausea and vomiting in pregnant women, so it’s important to be aware of the symptoms and how they affect your health. Caffeine is known to cause gastric acid to flow into your esophagus as well as heartburn, indigestion and stomach pain. In addition to these effects on the digestive system, caffeine has been linked with diarrhea in some people who consume too much coffee during pregnancy or breastfeeding.

Caffeine can cause your pulse rate to increase because of the stimulant effect on the body. This can be dangerous for women who are pregnant, especially if they already have preexisting heart conditions or high blood pressure.

Drinking coffee during pregnancy can lead to an increased anxiety level in both mother and fetus. Stressful experiences such as losing a job or dealing with financial woes could cause feelings of stress which can add more stress on an already stressed-out mommy.

Headaches are a common side effect of caffeine consumption. But they can also be a sign of other health problems, including dehydration and pregnancy-related issues. If you’re experiencing headaches while pregnant and they continue after stopping caffeine consumption, be sure to see your doctor as soon as possible for further evaluation.

If you don’t have any other symptoms associated with your headache such as nausea or vomiting, then there’s no reason to worry about this being serious; it might just be your body adjusting to the changes in diet associated with pregnancy.

Effects of Caffeine on Your Baby and Pregnancy

The following are some of the effects of caffeine on your baby and pregnancy;

It Could Increase Your Risk of Miscarriage

If you’re pregnant and you drink caffeine, it could increase your risk of miscarriage. The National Institute of Mental Health says that women who are pregnant or trying to get pregnant should avoid drinking caffeinated beverages because they can increase blood pressure and interfere with fetal development. This can cause a miscarriage or premature birth.

It Reduces Iron Levels in Your Body, Which Could Cause Anemia

Iron is an important mineral for your baby’s growth and development. When you’re pregnant, iron levels in your body decrease as a result of the increased blood volume, which can cause anemia a condition where there’s not enough red blood cells. Anemia causes fatigue, headaches and irritability; it can also lead to iron deficiency-induced depression and anxiety.

It Could Cause Sleep Issues in Your Newborn

While there are many benefits to drinking coffee during pregnancy, caffeine can also cause sleep issues in your newborn. This can be especially true if you’re breastfeeding; studies show that babies who are exposed to caffeine in the womb may be more likely to have sleep problems as a baby and even develop behavioral disorders later on.

It Could Lead to Birth Defects in Some Babies

Caffeine-induced anxiety has been linked to a number of birth defects, including cleft lip and cleft palate. Caffeine can interfere with the absorption of folic acid, which is essential for neural tube closure. In addition to the risks associated with consuming excessive amounts of caffeine during pregnancy, there’s also concern about how your baby will be affected by its mom’s consumption during pregnancy.

Moderation is the key

Caffeine is a drug and can be habit-forming. The risks of consuming caffeine during pregnancy are very real, so you should not consume any amount of it unless absolutely necessary. Caffeine has been shown to cause miscarriage in some women who are trying to conceive, but this does not appear to be common.

Yes, you can drink coffee when pregnant, but you should moderate your intake. Pregnant women should limit themselves to 200 mg of caffeine per day, which is equivalent to about one cup of coffee. We hope this article has helped clear up any confusion about whether or not coffee is safe to consume during pregnancy. Make sure to consult with your healthcare provider if you have any further questions.

Read This: 10 Common Tests During Pregnancy