Skip to content
You are here:Home / Australia Must Invest in Defence Now – We Must Not Outsource Security 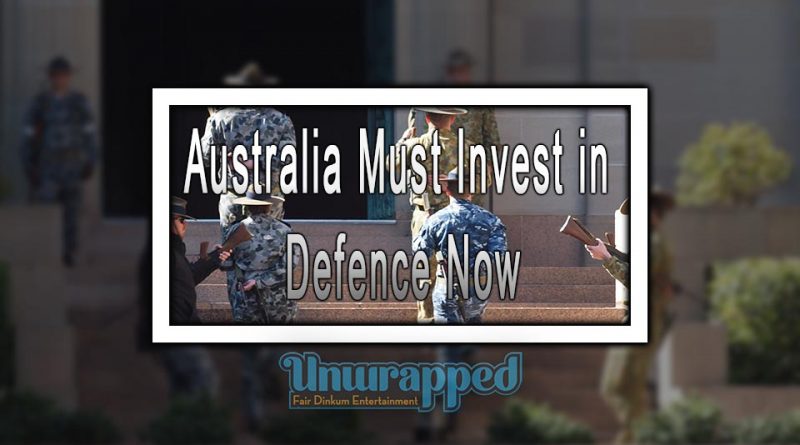 The post WW2 economic experts realized that investment into defence industrial base was going to be essential in order to maintain defensive capabilities in order to protect national sovereignty. The Cold war further substantiated this fact and the war against terror sealed it.

The 9/11 attacks brought about a global paradigm shift and changed the way countries viewed their defence and security. The global war against terror changed the definition of warfare, for the first time since WW2 the enemy was now behind the lines and invisible. American invasion into Afghanistan and Iraq further changed the concept of 21st-century defensive capabilities with the rise of private contractors.

The importance of investment into defence industry can be gauged from the fact that last week the Australian Prime Minister announced in press conference that the Australian state was under a major cyber attack. He did not name who orchestrated the attack but this shows that Australia is a target of cyber attacks and this therefore means that Australia needs to invest more in defence industry to come up with cost effective indigenous solutions that can not only be applied to secure the home front but can also be marketed to international buyers to increase revenue through defence related exports.

The Need for Defence Investment

These are good competencies but not enough to give Australia cutting edge over global competitors. If you take a look at the global aerospace industry then it can be divided into many different categories.

There are different categories when it comes to types of aircraft and jets. USA, for example, has a technological edge and creates some of the most technologically advanced aircraft but this also means that those aircraft are very expensive and thus cannot be bought by a lot of countries. Similarly, Russia and China are also key players in the market who can directly compete with USA. Then come countries like Pakistan, India and Iran who are trying to create their own low-cost fighter jets.

The JF-17 thunder jet, jointly created by Pakistan and China is one such jet that is turning the heads of the aviation industry because of its low cost and high intensity performance. The JF-17 grabbed headlines when it shot down an Indian Mig-21 and Su-30. Now a Mig-21 is an outdated aircraft and shooting it down was no issue as they are termed flying coffins but a Su-30 is by no means a light aircraft. It is far superior than JF-17 in terms of capability but PAF flaunted these two kills by displaying the wreckage of both aircrafts, as well as the footage of ejected pilots and crashing crafts. (Source: Confirmation by an independent source https://twitter.com/warnesyworld/status/1118427653856538630?lang=en)

Read More: Future of Moon Mining: What about Military Presence?

The point here is to show that countries far behind Australia in economic progress are investing in defence technology that is giving them strategic and technological edge over their opponents. If we go back to the brief dogfight between Pakistani and Indian jets, which is now being seen as a chapter in modern air combat then we can see that Pakistan also made extensive usage of electronic intelligence and communication jamming, which is how the Pakistani jets were able to hit the targets without being detected by Indian radars, Pakistan also employed electronic warfare technology to confuse Indian air defence into shooting down their own Mi-17 chopper that very same day. (Source: https://www.airforcetimes.com/flashpoints/2019/10/05/indias-air-force-says-it-shot-down-its-own-helicopter/)

This, shows that Pakistan which is far smaller in terms of size, population, economic and military power than India managed to hold off an army six times its own size simply by the use of modern military technology. At this point it must be clarified that the reason we are looking at Pakistan`s defensive capabilities is because Pakistan is economically struggling but their defensive investments have given their military a technological edge in the region and this is what Australia can learn from.

India is by no means a country that can be overlooked but when it comes to military and defence strategy then India has a chink in its armor. India like many other countries did not spend into developing their own defence industry and as a result although India is far ahead of Pakistan in terms of economic power, its military apparatus however is outdated and failing.

The brief dogfight between the two air forces made JF-17 the new kid on the block and Pakistan was able to secure contracts for the sale of the jet from countries such as Egypt, Myanmar, Nigeria, Azerbaijan and Malaysia. It is interesting to note that Nigeria used to buy from India but Pakistan managed to beat the competition. The short dog fight over the skies of Kashmir, not only allowed Pakistan to establish air superiority but it also helped Pakistan market their product to other countries very successfully.

Read More: The Australian Economy – How Does It Work?

This is how competitive the defence industry is in South Asia and Africa and if Australia aims to keep their market share then there is a need for serious investment into research and development. Building a jet fighter from scratch is no mean feat but Australia can capitalize on their competencies and develop state of the art electronic equipment and pitch them to countries like India.

This aligns with the long term strategic goals of Australia. Pakistan and China are neighbors and have many defence pacts and although Australia isn`t a direct neighbor of India but both countries have recently signed a defence pact and both are also a part of the Quad group. Furthermore India is currently locked in a conflict with China but the biggest problem with India is their outdated military equipment. This is a major opportunity for Australia to secure contracts from the Indian military to upgrade their defensive equipment.

This however is just a case study and an example, there are plenty of buyers that the Australian defence industry can pitch their products to. The only purpose of focusing on India and Pakistan in this article is that these two countries are actively involved with each other and present scenarios that can be learned from. One is many times smaller than Australia yet has technological edge and the other is a trade and strategic partner of Australia.

The same applies to maritime and land equipment. Australia produces spare parts for land defensive equipment but in order to maintain a competitive edge it needs to focus on more indigenous products that can be marketed to foreign buyers.

The Cyber space is also quickly emerging as a front for warfare. With economies shifting on the cyber space, banking and other sensitive is being subjected to increased attacks and just last week Australia was under a massive coordinated attack by some entity. This simply means that there is a dire need for Australia to invest in to cybersecurity.

There is a need to understand that the world has changed, especially after the pandemic. This isn`t the old world where international trade and interdependence of countries allowed the global economy to grow. This is a completely new world where a multi polar order is now emerging and this means that there is not only going to be more instability but there will also be conflicts of every possible manner and conflicts mean that there is going to be a rise in demand for defence-related equipment and technology.

Read More: What Caused the Great Depression and Can We See Similarities Today?

To conclude this discussion the focus here should be on seeing the defence industry as a viable business opportunity. The debate here shouldn`t be that why should Australia invest in cutting edge defence technology because it doesn`t face any imminent threat. No, instead the debate should be that Australia should invest in cutting edge technology because this is a very profitable sector that can not only help bring in a lot of revenue but also give a technological edge to Australia in other sectors as well. 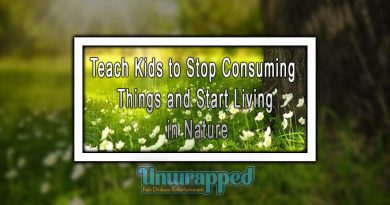 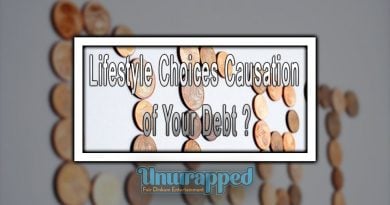 Lifestyle Choices Causation of Your Debt ? 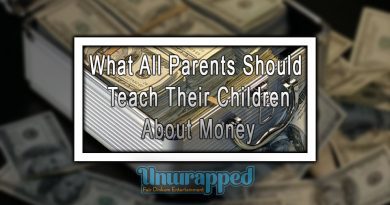 What All Parents Should Teach Their Children About Money

Highest Paying Gigs on Fiverr for Side Hustles in 2021