Skip to content
You are here:Home / A Backpackers Guide to the Scariest Places of Australia 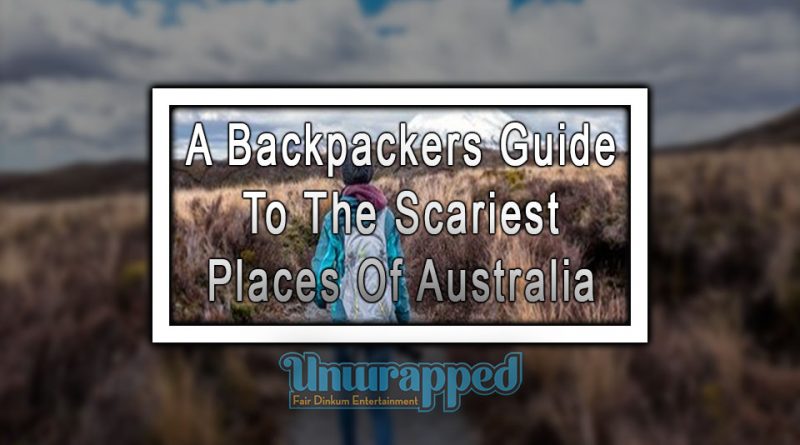 All You Need To Know About The Scariest Places of Australia

When it comes to tourism and leisure trips Australia is among the most preferred choices for families as well as backpackers. Mostly people visit Australia due to its amazing landscapes, beaches, mountains, and national parks. But there is another side of the story too, yes Australia possesses a diverse historical, cultural, and striking combination of nature and heritage. Tourism in Australia can also be accredited to mysteries and adventures within these sites. Ghost towns, conflict sites, and abandoned buildings have become one of the major attractions for people who are looking for adventure mixed with horror as Australia is home to some very popular scariest places.

1. The Town Hall of Kalgoorlie

In the early 1900s, the Town Hall of Kalgoorlie was considered to be an embodiment of wealth and luxury. The Town Hall attracted and still attracts a large number of visitors who were subjected to the world-class interiors of the 20th Century but then the things changed. The building, under the supervision of council, got abandoned and since then this place has been more of a ghost hunting site because supernatural spirits took over this place. People who visited the place have said that they can feel the presence of someone even in empty rooms. Some tourists have also heard people shouting and screaming in the building.

2. The Railway Station of Mount Magnet

During the 1900s Australia was at the peak of its gold mining operations and the area of Mount Magnet was a gold mining area. But after some years when the work was finished most of these mines were left behind and the population moved near to other mines to find work, abandoning the previous sites. The famous legend of the Mount Magnet is that a stranger was murdered some yards away from the train station by a girl named Maggie and her friends. His body was found a while later and some people have seen that the spirit of this guy still haunts the train tunnel.

Gwalia is a famous museum of antiques in Australia but in the older times, the town of Gwalia used to be a gold mining town. The mine was in operation until December 1963 after which it was abandoned and left to become a ghost town. Apart from being a museum, the most attractive feature of this town, for people who visit nowadays, is the scary ambiance that this place gives off and the famous stories. The stories say that many workers lost their lives while working in the mines and the ghosts of these workers still haunt the area. A lot of people have supported these stories by reporting incidents of paranormal activities.

Paranormal encounters and supernatural beings are not only restricted to abandoned towns or asylums but a lot of places that having splendour vibes can turn into one of the scariest places. Cuballing Hotel is at the top of the list among these places. Amazing food and magnificent view are accompanied by strange paranormal events such as the random movement of objects, gas cylinders being automatically turned on, and much more. The hotel is supposed to be haunted by the ghost of a yardman, Ted who used to work at this place until his death and since then his ghost haunts the hotel.

People who take road trips around Australia to explore its city life are often interested to spice up their trips by visiting old towns. However, most of the old towns of Australia are now ghost towns and have ghost stories associated with them. The town of Broad Arrow is one of these towns that are known for its splendour but are now home to some of the most known ghost stories. People who have visited this place have reported that the ghost of a man was seen inside the pub a lot of times. Moreover, according to the legends, a person who was once shot inside a pub in this town roams the place as a ghost ever since.

In the West of Australia lies the Mindarie Bay, which has its importance as a bay but is also host to the famous ghost ship wreckage. Near the shore of the Mindarie Keys rests wreckage of a Liberty Ship known as the Alkimo. This ship survived World War II but due to its bad eminence, it couldn’t survive the weather. Considered being one of the scariest places for ghost hunting standing by the sea, they report several incidents of paranormal activities on this ship. Guards who once guarded the ship have said that they could smell someone cook food in an empty ship. Some of them even saw strange lights floating in the air.

7. The House of Warden Finnerty

Coolgardie, also known as the Mother of Goldfield, had the house of Warden Finnerty. Apart from being an ancient tourism attraction, this house is home to one of the most interesting horror stories. It relates this story to the supernatural spirit of the cat that haunted this house. The custodian of the house, Jack Tree, reported the paranormal incident.

Jack, while overseeing the house, felt like something was trying to bite his ankle but he couldn’t see anything. After a while during the process of curation, a dead flat cat was found from under the house and it is supposed that the spirit of this cat was haunting the house.

Camp Quaranup, also known as the Quarantine Camp, is a place where patients of plagues and dangerous diseases were kept in isolation from the rest of the people. Apart from being a shipping bay, this place has a dark history that involves the deaths of hundreds of people due to negligence and deliberate actions.

These mayhems didn’t go unanswered as the place became home to supernatural spirits. People have reported the sightings of a ghost of a man and they assume that this ghost is of the man who was electrocuted inside this building. Similarly, the ghost of a young girl is seen who is assumed to be the victim of the plague that took her life.

Very well known for its beauty, Oyster Harbour is a major tourist attraction in Australia. Home to commercial fish farming, this harbour is also among one of the most interesting ghost hunting places for people due to the story of separated lovers that is assumed to have taken place at this harbour. This story involves a false conviction of a husband unable to speak, read, or write and the attempts of his wife to free him.

It is said that after discovering the whereabouts of her convicted husband; the couple met at the Oyster Harbor and the husband died by drowning at this harbour. Filled with grief, the wife also died and is said to haunt this harbour at night.

In the 1900s, the town of Cue Australia had a gold mine called the Big Bell Goldmine. Like every other mine of the 1900s, the mine was shut down after completing the mining and the population also got relocated with the end of mining. Hence the town was abandoned to be a ghost town.

However, supernatural spirits have been reported in this ghost town and tourists from around the world visit this town every year to experience the adventurous scare of these abandoned old towns. Some visitors have informed that they could see strange lights floating above their heads and some people saw human figures, which disappeared upon approaching.

Australia is home to some of the scariest places in the world. These scary places attract numerous visitors every year so that people can experience the combined blend of history, culture, eccentric city life, and ghosts. Over the years it has reformed these experiences more and more to make them accessible for families and individuals by introducing guided tour facilities.

Also See : Cycling In Australia: 3 Of The Best Places To Ride

10 Things That You Should Do When Writing Your Will 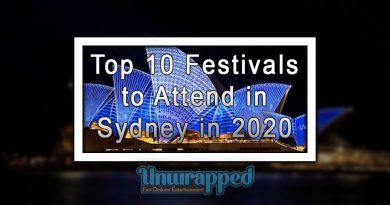