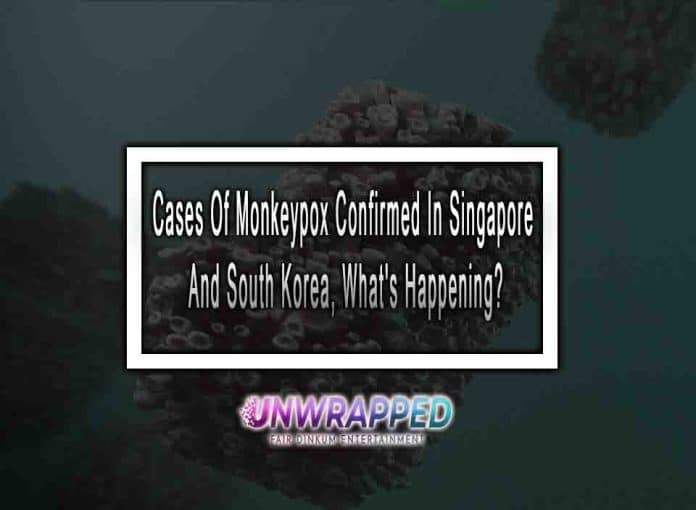 A British flight attendant who arrived in Singapore last week has been confirmed as the country’s first recent case of monkeypox. The 42-year-old male had flown into and out of the city-state in the middle of June, according to information released by the authorities on Tuesday. It represents the first instance of monkeypox in South-East Asia that can be connected to a current worldwide outbreak.

South Korea, on the other hand, has located a second verified case.

Read: The Complete Guide To The Rare And Mysterious Monkeypox Spread

The case in Singapore involves a British man who was there between June 15 and 17. After having skin rashes, headaches, and fever last week, he tested positive for monkeypox on Monday.

According to the Singapore Ministry of Health, he spent most of this time in his hotel room save from a visit to a massage parlour and three meals on June 16.

The National Centre for Infectious Diseases, where the man is receiving treatment, has identified 13 of his close contacts and is currently conducting contact tracing, according to the ministry.

Also See: 4 Things You Need To Know About The Monkeypox

The South Korean person involved in the case reported themselves to the Korea Disease Control and Prevention Agency on Wednesday after returning from Germany. The South Korean, currently receiving treatment at a clinic in Seoul, was identified by the KCDA as having reported having a headache before taking the flight and developing a fever, sore throat, exhaustion, and skin lesions upon landing in the nation.

A second suspected case involving a foreigner who entered the nation on Monday and was transported to a hospital in the city of Busan after exhibiting symptoms and developing a blistering skin lesion is also being looked into, according to South Korea.

How Bad Is It?

Over 80% of cases have been discovered in Europe. Still, the disease has also spread to North America, South America, and Australia, according to resources. Monkeypox generally only affects isolated regions of central and west African nations. Still, this year there have been an extremely high number of cases outside of Africa that have no travel connections to the continent.

Since May, 42 nations have reported finding more than 2,100 cases.

Check Out: What’s in a name? Why giving monkeypox a new one is a good idea

Stay Connected
41,936FansLike
5,685FollowersFollow
820FollowersFollow
Previous article
What Is The Most Recent Thing That Scientists Have Discovered?
Next article
The Complete Guide To The Rare And Mysterious Monkeypox Spread

A booster dose, how important is it?