The Complete Guide To The Rare And Mysterious Monkeypox Spread 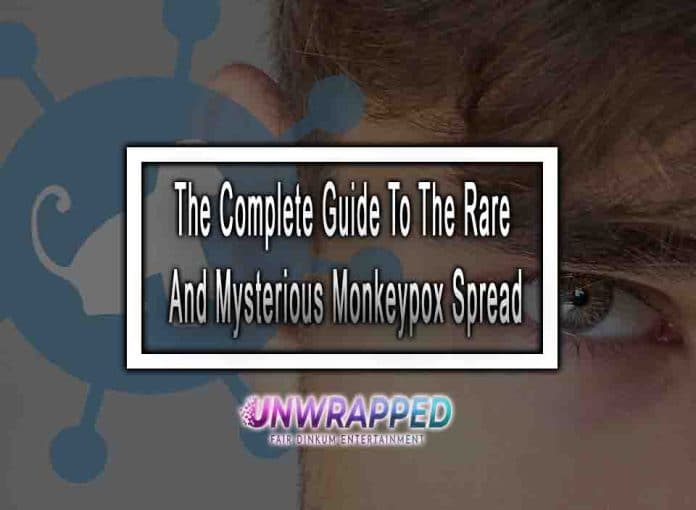 An uncommon condition known as Monkeypox is brought on by infection with the Monkeypox virus. The virus is similar to but different from those that cause cowpox and smallpox. In England, the illness Monkeypox must be reported.

Read: 4 Things You Need To Know About The Monkeypox

Monkeypox can spread when a person has close contact with an infected animal or human. It might also happen if someone is near something infected with the virus (for example, bedding).

How Does It Spread?

Monkeypox may spread in several ways. An individual can get the virus by:

direct face-to-face contact for an extended period with the infectious rash, scabs, or body fluids, respiratory secretions, or during close physical connections like kissing, cuddling, or sex, touching objects (like clothing or linens) that have previously come into contact with the infectious rash or body fluids. It can also come Through the placenta. The virus can infect pregnant women’s fetuses.

Additionally, individuals can get Monkeypox from diseased animals by being bitten or scratched, preparing or consuming meat from them, or using their products.

Also See: Monkeypox jab to be offered to at-risk gay and bisexual men

From the moment symptoms appear until the rash has completely healed and a new layer of skin has grown, Monkeypox might spread. It can take a few weeks. Monkeypox cannot be transmitted by people who don’t have any symptoms. It is unknown at this moment whether semen or vaginal secretions may spread Monkeypox.

What Signs Are Present?

Fever, headaches, swellings, back discomfort, and aching muscles are some initial symptoms.

After the fever subsides, a rash may appear, first on the face before spreading to other areas of the body, most frequently the palms and soles of the hands and feet. The rash evolves and progresses through many phases until eventually producing a scab, which peels off. The rash can be highly uncomfortable or painful. Scarring may result from the lesions.

The illness often lasts between 14 and 21 days before clearing up.

Just How Risky Is It?

The virus often causes minor infections that last a few weeks and occasionally resemble chicken pox. However, Monkeypox can sometimes be more severe and has been linked to fatalities in west Africa.

What Is The Procedure For The Cure?

Infection control is a means of controlling outbreaks. It has been demonstrated that the smallpox vaccine is 85% effective at preventing Monkeypox. To lessen the likelihood that symptoms would manifest, specific high-risk close contacts of sick persons will be given one of the 20,000 doses of smallpox vaccine the UK has purchased.

Check Out: Cases Of Monkeypox Confirmed In Singapore And South Korea, What’s Happening?