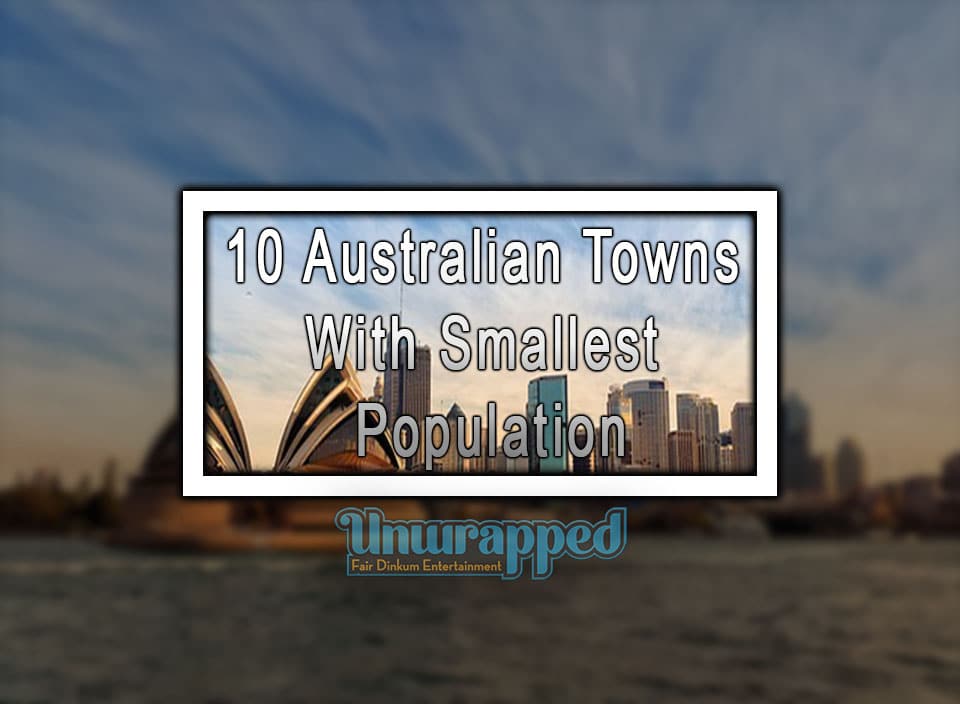 Australia is undoubtedly a go-to destination for thrill adventurers and offers a variety of small towns for having the perfect travel experience.

Here’s a list of the top ten small towns in Australia with minimal population:

Cooladdi is known to be the smallest town situated in south-west Queensland. It recorded a drastic decline in population going from approximately 270 in 2015 to only 3 in 2016. The reason for this was associated with the extension of the railway line towards further west; as Cooladdi used to be the main railhead for the local pastoral community before this extension.

Second on our list is Birdsville, with a recorded population of 140 only in 2016. This town offers its visitors the authentic outback Australian experience and provides travellers with the chance to enjoy the wilderness of Queensland, the Diamantina River and the Simpson Desert all in one area.

Augusta is another small town with a population of 1382, along the southwest edge of the continent. It is an ideal place for wine lovers as it forms the southern anchor of the famous Margaret River wine region and hosts a lot of wine tasting tours.

Cygnet is a cosy small-town music haven with a population of only 1556. It is surrounded by hills, covered in fruit orchards and offers the best natural views in the region.

It is the biggest subterranean town in Australia with a population of only 1762. Most of the inhabitants of this town have spent their entire lives mining the opal and have mastered the art of creating underground habitat and even have underground churches.

Goolwa is a small-town port situated at the mouth of Australia’s longest river, Murray. With a population of only 2350, this town is the perfect place for a vacation away from the big city life. You can visit art galleries, talk long walks by the river and enjoy picturesque coastal views.

This place is a hidden gem of Australia with a population of 3597 only. When we say hidden, we literally mean hidden in the lush rainforest off the highway. It’s a town mostly known only to the locals or die-hard travellers who go there to enjoy its offshore islands, rafting on the Tully River and the feel of nature on the rainforest trails.

Beechworth is a historic town with a population of only 3859 and is mostly famous for its wineries and tourism. It has a rich culture of museums and also offers visitors the chance to visit the famous Lunatic Asylum.

Victor Harbor is a small town of South Australia with a population of 4833. It is nearby the town of Goolwa and the southern wine region. You can drive from the town to Cape Jervis from where a ferry goes out to Kangaroo Island.

Yamba is last on our list of small towns with a population of 6076 and is popular for its massive coastline among the surfer community. It is also famous for its perfect climate, a bohemian lifestyle and the Angourie Point Break.

Australia is known as the land of savage beauty and rightly so, as it’s one of the few continents that still offer a beautiful small-town feel to travellers in the modern-day.

10 Australian Towns With The Smallest Population

Where is the smallest town?

Hum, with its 30 inhabitants, is the smallest town in the world. It is located in the heart of Istria in the Municipality of Buzet.

If you want to know more then checkout our previous article.

Also See : Great Australian Ghost Stories That Will Scare You

15 Stunning Beaches around Australia to Explore in 2020

Does Australia Have all Four Seasons?