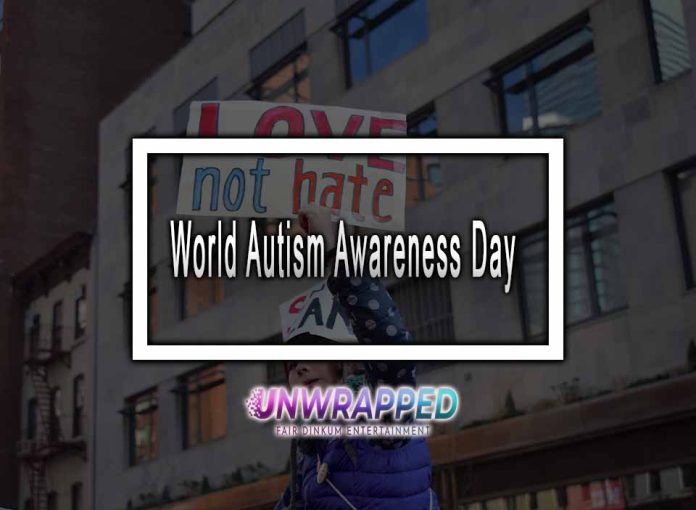 World Autism Awareness Day is celebrated every year on April 2. Do you know? boys are 4.3 times more likely than girls to be diagnosed with autism spectrum disorder (ASD). For this reason, girls “frequently get misdiagnosed because they don’t meet autistic stereotypes,” according to the Child Mind Institute since they disguise symptoms better than males. Therefore, educating ourselves about the peculiarities of people with this disease and how we can all do better to expand our understanding and encourage kindness is the best way to commemorate this day.

Some argue that “Autism Awareness Day” and “Autism Awareness Month” perpetuate the perception of a lack of empathy for people with autism. “Autism Acceptance Day” has been proposed as an alternative to both occasions by organisations like the Autistic Self Advocacy Network. They believe the word is more effective in combating prejudice against autism than raising awareness of the condition.

Disabilities in social interaction and repetitive and limited conduct are hallmarks of the Autism Spectrum Condition, a developmental disorder defined by behavioural and communication afflictions. The psychiatrist Eugen Bleuler introduced the term “autism” in 1911 to characterise a specific set of symptoms that were previously regarded as basic signs of schizophrenia, such as severe social withdrawal.

As a result of Dr Leo Kanner’s essay “Autistic Disturbances of Affective Contact”, published in 1943 and Hans Asperger’s “Autism Psychopathology Article”, published in 1944, the first time a paediatric psychiatrist recognised autism as a social and emotional condition was given. These investigations contributed significantly to the research that led to the distinction between autism and schizophrenia being made in 1980.

Every year on April 2, the United Nations observes World Autism Awareness Day, a day set aside to promote a greater understanding of autism spectrum disease among nations. The United Nations General Assembly classified it in Resolution A/RES/62/139. On November 1, 2007, the Council of Ministers adopted “World Autism Awareness Day,” observed on December 18, 2007. Thani’s Mozah Bint Nasser Al-Missned suggested it, and it received unanimous approval from all UN member nations. The UN General Assembly passed and accepted this resolution without a vote, mainly as an addition to past UN measures to strengthen human rights.

Every year on April 2, the “United Nations General Assembly” approved “Resolution 62/139,” establishing World Autism Awareness Day to raise public awareness of persons with autism spectrum disorder and fund research into innovative methods for improving health and inclusion for these individuals. In addition, when the American Psychiatric Association revised its Diagnostic and Statistical Manual (DSM-V) to include autistic spectrum disorders (ASD) as a spectrum in 2013, it did so to encompass all the different types of ASD and associated diseases under one umbrella diagnosis.

There are still many individuals who don’t understand what it is or how it affects those. An advocate for people with autism is someone who educates the general public. It’s not uncommon for families with an autistic member to join a local, national, or worldwide autism association. Get in touch with them to see if there are any plans for the day that you can join in. If you have friends who have been diagnosed with autism, World Autism Awareness Day is the perfect opportunity to spend time together! Plan sensory-sensitive activities and bring gluten-free and casein-free food to share with your partner.

It celebrates the strength of people with autism and raises funds for charities that raise awareness of the illness. As part of their education, children in schools are taught about and encouraged to embrace autism. Because bullies target autistic children, their classmates must show tolerance and acceptance towards them. Adults (particularly parents) should be aware of the indicators of autism because they aren’t always obvious. Many local companies and shopping malls support autistic causes and organisations through their charitable donations.

You can treat autism spectrum diseases in various ways, but only if the person is diagnosed! People who are aware of their condition can assist others by finding professionals and beginning treatment, which will improve their health. Autism spectrum disorder is a unique set of traits, behaviours, preferences, and routines. You must first learn how they perceive the world and function without attempting to alter them. Autism spectrum illnesses have no cure! An autism diagnosis means you’ll have to live with it for the rest of your life. Research shows that independent work activities can improve everyday abilities and lessen autistic symptoms.

How Many people suffer from Autism?