Skip to content
You are here:Home / Who are The Key Politicians in Australia Federal Election? 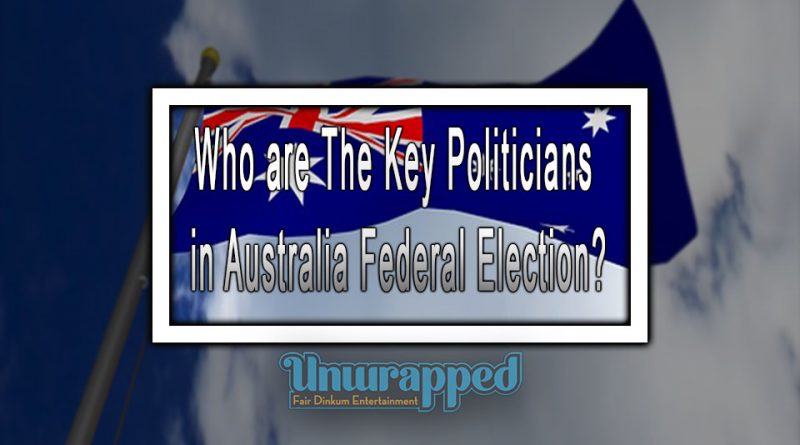 Candidates in the Australia Federal election only have a few days of campaigning, as the countdown nears to an end. In this post, we take a deeper look at the key players.

PM Turnbull is the fifth prime minister for Australia since 2007. Some of the professions held in the past include investment banking and journalism.

Among the issues that set him apart within the coalition government are same-sex marriage, climate change and the republican movement. He has progressive views on the side matters.

In 2008, he became the party leader but his socially conservative rival Tony Abbott ousted him out.

Mr.Abbott took the Liberal into government in 2013, with the promise of protecting the border and austerity. However, things were not smooth on him. He faced poor opinion polls and gaffes. Mr.Turnbull seized an opportunity to topple the former PM in 2015 via a party coup.

Mr.Turnbull’s promise for re-election is to “start-up” Australia. He argues that his party is the best to transit the country into an era of economic growth.

He is the leader of the opposition. Mr.Shorten is a former union organizer. He came into the limelight about 10 years ago. That was after two miners were trapped in a collapsed Beaconsfield mine.

He took over the Labor party leadership after a turbulent period and loss in the 2013 election.

His main policy is to make Australia a “fairer” country. The key areas that he has nominated as painstaking are healthcare, education and climate change.

Some regard that he has conducted a strong campaign and the Labor is positioned to win seats. However, polls indicated that he may fail to garner the number needed to institute a new government.

He has risen from a rural childhood to powerful positions in Australian politics. Mr.Barnaby has in the past threatened that he would kill Amber Heard and Johnny Depp’s dogs.

In spite of all that, the unorthodox politician holds a thoughtful side.

His National Party is focused on the rural sides and is currently going through a tough re-election contest. His seat is also being rivalled.

He is an independent senator hailing from South Australia.

Mr.Xenophon is exploiting the failure by the former PM Abbott to keep his promise. The former failed to build a submarine fleet in Adelaide.

He formed the Nick Xenophon Team to handle the “lack of trust in politics” and also deal with “voter disillusionment.”

He has over 50 candidates contesting for seats in the Australia Federal election. As things stand, he seems ready to win South Australia upper and lower house seats. Major parties will without a doubt have to contend with him in the traditional battlegrounds.

Mr.Richard is a former doctor.

The Greens party has more effect in inner-urban areas where refugees and climate change is a problem.

Some of the things the Greens leader was known for are protecting worker’s pay and ensuring housing affordability. But these were put to challenge in May after an interesting development. He incorrectly declared a family farm and underpaid three au pairs that looked after his two sons.

He is optimistic that his party will win some important seats in the lower house and grow its power.

She easily makes it to the list of the most controversial politicians in Australia Federal Elections.

She is a former soldier. At one time in her life, she had to contend with alcohol addiction. Defining her politically is tough.

She has constantly warned Australia that China and Indonesia pose a threat to the country. Jacqui has also not shied from opposing same-sex marriage.

Her campaign is focused on supporting military veterans and eradicating unemployment.

One will not be wrong regarding him as an accidental politician. During the last Australia Federal election, he got not more than 1 per cent of the votes.

An arcane voting loop helped the former sawmill worker to become a senator. government has since closed the opening.

Ricky had no political experience when he came to Canberra, and political elites looked down upon him. But they were all awed.

Any time he makes a vote, he focuses on his conscience. He takes time to individually analyze each bill.

He is a self-described “average Australian” and may exceed all odds in the Australia Federal election.

Under normal circumstances, the public directs the coarse language adopted by politicians, not the other wart.

But Senator David has made headline not-for-so-good reasons. For instance, he sent an abusive text to a high-profile female politician and also declared all cops to be “bastards”.

On his manifesto, he plans to repeal Australia’s gun control laws and lift speed limits. He also targets to legalize voluntary euthanasia and decriminalize drugs.

He has produced a weird campaign video featuring 2 pugs referred to as “Bill” and “Mal”. The two pugs devour a cake as a metaphor for major party interference with pension plans.