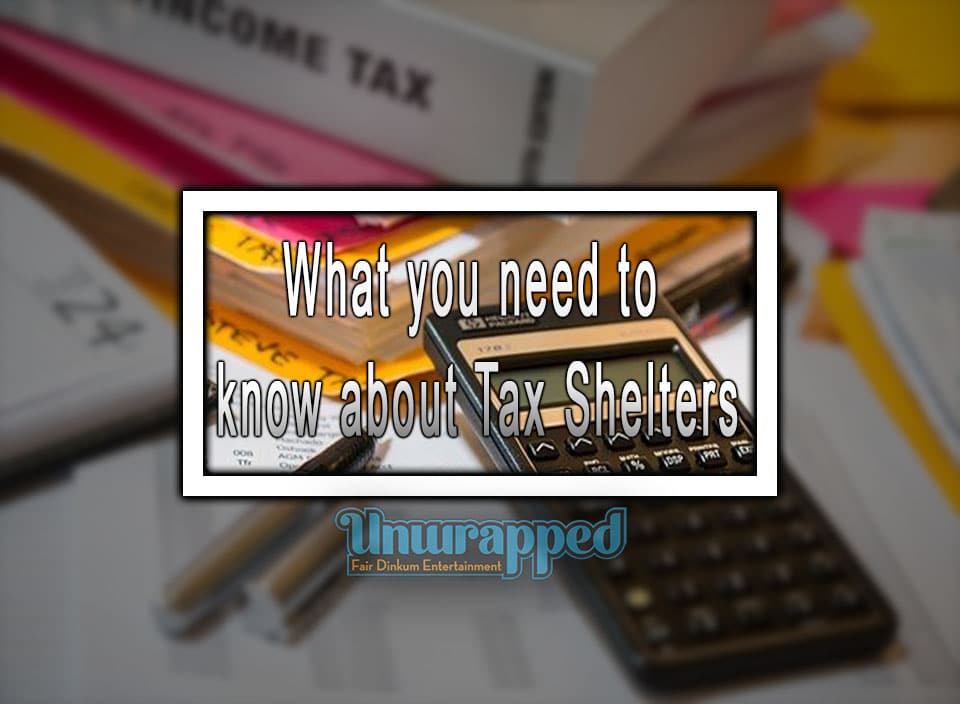 What you need to know about Tax Shelters?

What you need to know about Tax Shelters – Tax shelters are legal methods that an investor or a company can use to reduce their taxable income and therefore, their tax liability. Tax shelters are not just the offshore tax havens like the Caymans or the Duchy of Luxembourg that you’ve heard of constantly. They include investments like real estate and investment accounts that provide favorable tax treatment, such as your retirement account.

While it is completely legal to use a tax shelter to minimize your taxable income, you will get into trouble if you make transactions that have been made for the sole purpose of avoiding or evading taxes. This will put you in the cross hairs of vigilant tax authorities and you will certainly end up paying additional taxes and penalties that will make the whole process pointless and expensive.

Tax shelters have become a real problem in recent with the advent of giant multinationals using them to avoid paying taxes on income derived from their countries of operation. While critics of the crackdown on tax havens may say that they are important in removing the obstacles to the free flow of money all over the world, it turns out that the obstacles are actually vital to shared prosperity. These roadblocks are regulations, taxes and democratic laws that ensure businesses contribute to the development and social investments that are needed in the area they’re operating in. The 2017 Oxfam report: Economy for 99% has identified 8 billionaires who own as much as 3.6 billion people in wealth. This glaring wealth disparity and inequality has undoubtedly been facilitated and enabled by the pernicious use of tax havens and shelters by wealthy individuals and giant multinationals.

What is Tax Shelter?

For instance, in 2011, Amazon disclosed that the Internal Revenue Service (IRS) wanted it to pay $1.5 billion in back taxes after it was discovered that the online retailer was using the Grand Duchy of Luxembourg as a tax haven. In the same year, Google moved 80% of its profits through a tax haven in Bermuda. This meant that its worldwide tax was cut in half, and in some instances, it paid zero tax in its countries of operation. Apple has moved $74 billion between 2009 and 2012 and only paid 2% tax on this massive income, effectively shortchanging many countries of badly needed tax revenue. This is money that could have gone to building infrastructure, health programs, education and other important government services that would have reduced global inequality.

Tax Shelters – How it really works!

One of the most common methods that corporations use to avoid tax is a mechanism called transfer pricing. Imagine a Company, XCorp picking up a shipment of fruits from Mexico for $1000. It then sells those fruits to a supermarket in Britain for $3000. Which country will get the chance to tax the $2000 profit? The true answer lies with XCorp’s accountants.

This is because they can set up 3 XCorp subsidiaries in Mexico, in a tax haven like the Cayman Islands and one in Britain. Mexico Corp sells to Cayman Corp for $1000, and Cayman Corp sells to Britain Corp for $3000. In this process, taxes are eliminated. It cost Mexico Corp $1000 to buy the fruits and they sold it for $1000, which means no profits were recorded, hence no taxes were levied. Likewise, Britain Corp bought the fruits at $3000 and sold them for $3000, so no profits were made and no taxes levied. However, Cayman Corp bought the fruits for $1000 and sold them for $3000, making a $2000 profit. Cayman Corp is in a tax haven with a zero-tax rate, so XCorp gets to bag all the profit through its subsidiaries without paying any tax.

This is how multinationals have been shortchanging the global economy for decades.

What is Tax Avoidance and What is so Bad about it?

Also See : What is Tax Avoidance and What is so Bad about it?

Stay Connected
47,228FansLike
5,664FollowersFollow
840FollowersFollow
Previous articleWhat is Tax Avoidance and What is so Bad about it?
Next articleTop 5 Places in Australia for online quotes on Auto Insurance