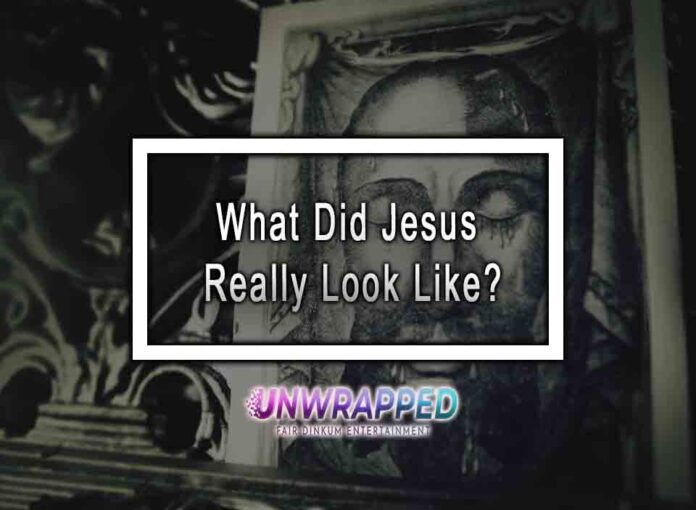 How Jesus would’ve really looked has been a point of debate that has continued on for years and centuries now. From the modern take on his looks to historically-based interpretations, there are many arguments made by all sides regarding this topic. However, is there any true answer to this question and does it really have any impact on the faith itself?

Exploring the potential look of Jesus Christ has always been a mission for many faithful that are curious enough. However, this same search has been ongoing for centuries. The most popular rendition of Jesus sees him as a bearded man with skinny features and long brown hair. Others add elements such as blue eyes or even slightly brighter hair features.

However, since there is no passage in the Bible that describes Jesus’ appearance, the actual physical characteristics of Jesus are still a mystery. Thanks to advances in science and anthropological technology, we’re now tackling the question in a more methodical way. Let’s take a look and see what other people’s interpretations of Jesus’ looks are all over the world.

Read More: How Did the Apostles of Jesus Christ Die?

Jesus’ Looks According To Biblical Works

Combing over all the works compiled within the Bible, you might notice that there are no passages supporting any info regarding Jesus’ looks. However, we do have some hints regarding Jesus’ age and when his ministry first took roots. Estimates say that Jesus would have to be in his early to mid-30s. Along with that, we know that he originated from Bethlehem and lived in Galilee for a good portion of his life.

However, outside of the Gospel, there are said to be some hints regarding his physical aspects. One passage from the book of Revelations describes a man that had hairs that were ‘white like wool’. It also describes the man as having eyes that had the color of a ‘flame of fire’. Whether this figure was Jesus or not is still up for interpretation, much like the majority of Revelations.

If you’re looking to look for more information regarding Jesus’ physical appearance, then you’ll have to look at different viewpoints of the discussion. Scholarly works and interpretations, along with the works of different artists across the era, have shaped how we view Jesus and the image that pops up when we think of his name.

Must Read: Bible Verses About Loving Everyone No Matter What

Jesus’ Looks According To Scholars

Others depict Jesus more as a wanderer, giving him the characteristics of a Philosopher. This includes a gruff beard, a theme seen in a lot of interpretations of Jesus. However, others see him as a clean-shaven individual as males of the time kept their hair relatively short. Long and luxuriant beards were usually reserved for great men.

In terms of clothing, many interpret Jesus as wearing a tunic worn with a mantle called a “himation”. One thing that we can rule out is Jesus wearing any sort of long robe as that was a sign of wealth. From his words within the book of Mark, we can read that Jesus warns of scribes who wear long robes as they might not have faith as the foremost thought in their mind.

Facial features are the most debated part of Jesus’ looks with viewpoints spanning all sorts of interpretations. This is where anthropological sciences play a part as one can analyze ancient bones and reconstruct a person’s facial features from them. Richard Neave, a retired medical artist, led a team to analyze the facial features of Jewish people during Jesus’ time.

Although there’s no accurate and final consensus, some elements that were suggested by Neave included short and curly hair, dark skin, dark eyes, and a stature of around 5 feet tall. Another study done in 2018 suggested that Jesus could’ve been around 5’5’’ tall and had dark brown to black hair. This was done through analysis of historical works, archeological findings, and art during the ancient era.

Also Enjoy: Why Did Jesus Die for Us?

The Origin Of Contemporary Interpretations Of Jesus

The common look for Jesus is one that we should be all familiar with. This look was a mix of different cultures that include Roman mythology and other sorts of symbolism. Jesus is often shown as a clean-shaven man possibly due to the similarities it has with how Roman gods were portrayed. According to some works, this was deliberately done as symbolism that Jesus challenges the status quo of Roman beliefs back then.

This eventually evolved as artists wanted to evoke a sense of wisdom in their works. Jesus was set against settings that helped achieve this feeling. This included the presence of halos and had the presence of a full beard for the purpose of exuding majesty and grace. One more important theme of these works is that they show Jesus as a power that’s sovereign and ruling over all.

Elements of these works are still seen in Jesus’ modern interpretations but people have been branching out to different views on it. Although some believe that this is a form of idolatry, others see it as another way to symbolize their faith and reverence for Jesus Christ. There are many ways to go about faith and one could argue that faith is a multifaceted thing to behold, there are also concrete followings that we should adhere to.

Whatever the case may be, we may never truly find out what Jesus actually looked like. However, this shouldn’t be an obstacle between you and practicing your faith. Developing the values that you’ve gained from teachings and practicing good acts towards your fellow man brings you closer to the true essence of Christ’s words. Through this, we’ll know the true face of God and be ensured of grace when our own time comes.

Also see: How Did the First Christians Learn About Jesus Christ