What are the basics you need to know about digital Yuan? 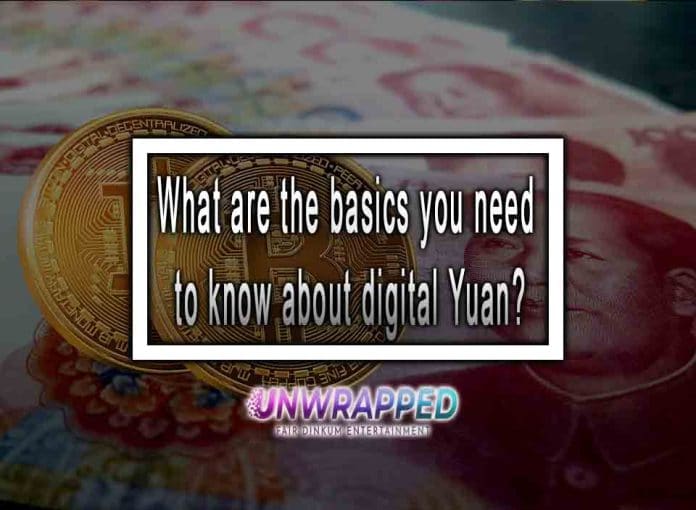 To become a man of the modern world, everyone must go through technological changes. If you keep using the traditional technology that is nowadays perhaps an outlet for it, you would not ever become a modern-day person. If you keep on using the Fiat money you keep in your wallet, perhaps no one will regard you as a person of the modern era. So, you should pay attention to becoming modern in finance and make sure to have a knowledge and understanding of digital money, and the Chinese government has also done that. The Chinese government is sure that bitcoin was taking over the whole financial market of the country, and therefore, it banned bitcoin altogether. Now, it has launched its own central bank digital currency, which is becoming quite a good concept for the country.

However, the digital Yuan is still not entirely available for people to use. But, as we can always make predictions about the new technology, we would certainly be able to tell the Digital Yuan will be a successful concept. Even though there will be many things that the globe won’t support about the digital Yuan, it will be one of the best currencies worldwide because the country controls it. Moreover, it is considered to be a stable coin in comparison to the cryptocurrencies, and this is something which differentiates it from the others.

Where can you use it?

What are the most crucial questions people nowadays ask about the digital Yuan regarding their use location? Well, you need to be quite familiar with the fact that the digital Yuan is a central bank currency of China. Therefore, according to the experts, it will always remain under the control of the Chinese government, and it will not flourish across the borders of China. A significant reason behind the same is the dictatorship control of China. The Chinese government does not want any other country to have control of their financial assets, and therefore, they would release the coin only within their geographical boundaries.

How is it beneficial?

As far as it is concerned with the success of the Digital Yuan, perhaps the one important concept that needs to be understood is the beneficial factors. Moreover, even though the Chinese digital Yuan is not available worldwide, it will profoundly benefit the country’s people. There will be technological advancements for everyone, and apart from that, they will be able to use the currency better. Apart from this, there will also be a lot of other privileges for the people of the country. For example, they will get access to the funds faster, and apart from that, the settlements will be faster than ever before. These are the two significant characteristics that say that the digital Yuan will benefit the people of China.

As far as the expert says, getting a Digital yuan into your wallet is sophisticated and straightforward for everyone in China. The people have to qualify specific essential criteria to use this currency. The Chinese government will make it available for everyone in the future. However, it is limited to some national cities, and only a few people qualify for the requirements.

Does it facilitate peer-to-peer transactions?