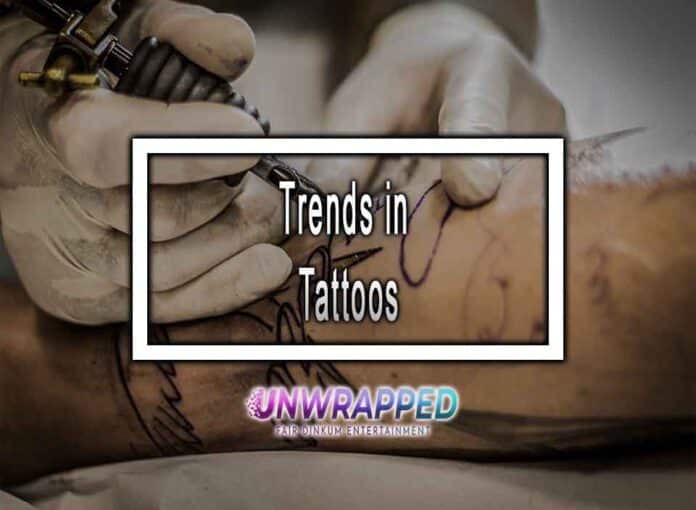 Body art has never been more popular. Tattoos in particular are no longer the taboo body modification procedure they were even 20 years ago. But to make sure you won’t need the services of Disappear Ink Tattoo Removal Clinic because you get a tattoo you’re going to regret a few years down the road, check out these trends in tattoos. You’re bound to find a design that matches your personal style.

The traditional ink color for tattoo outlines is black, but recently red ink tattoos have made a splash in the industry. Celebrities such as actress Sophie Turner, musicians Machine Gun Kelly and Cardi B, and socialite Kylie Jenner have all been spotted with recent red ink tattoos. These designs are typically outlines or fine-line drawings and are popular on people with fair skin, as the color red really stands out against light backgrounds.

The 1990s are back in style in many areas of culture, and tattoos are no exception. And it’s not just the design that’s retro, either. The placement of tattoos on the lower back has once again risen in popularity, something that has surprised many tattoo experts. These so-called “tramp stamp” tattoos are now viewed as a sign of independence rather than something to be ashamed of. Butterflies, 1990s television characters, barbed wire, dolphins, and suns are all popular requests right now in tattoo studios everywhere.

It always seems like people want what they don’t have. People with freckles want them removed, and now it appears, people without freckles are willing to have them tattooed on their skin. The makeup industry is touting freckle tattoos as semi-permanent, which could be the reason more people are choosing to get them, but the truth is, freckle tattoos are just as permanent as any other tattoo. They will fade over time, but if you want them removed permanently, laser treatment is the best option.

Another 1990s tattoo type that’s returning is the tribal tattoo. While this style has been around for hundreds of years in Polynesian culture, it only became mainstream at the end of the last century. Tribal tattoos went out of fashion for about a decade, but they have come back in fashion with a vengeance. The tribal designs that tattoo artists are seeing today are more sophisticated than those from the 1990s, with thorny stems and lightning strikes dominating the themes. Traditionally heavy on thick black lines, modern tribal art tattoos are sometimes even incorporating other colors, making them truly stand out from the classic style.

Tattoo designs are getting more intricate all the time and tattoo artists are up for the challenge. Fine line tattoos that incorporate minute details are extremely popular right now. Tiny script tattoos, detailed symbols, and elaborate backgrounds are all in vogue, but micro fine line tattoos are probably the hottest style going. Not only do these tattoos hurt less than larger pieces, but they’re also easier to cover up if you decide you don’t like the tattoo later.

If you’re thinking about getting a new tattoo, you’re definitely not the only one. Tattoos are more popular today than they’ve ever been and these new trends prove they aren’t going out of style any time soon.

Tips On How To Do Your Boys Haircuts At Home

How to compliment a photographer on Instagram | Yes, Using Emoji...