Skip to content
You are here:Home / Top Five Events That Lead To The Hilton Hotel Bombing 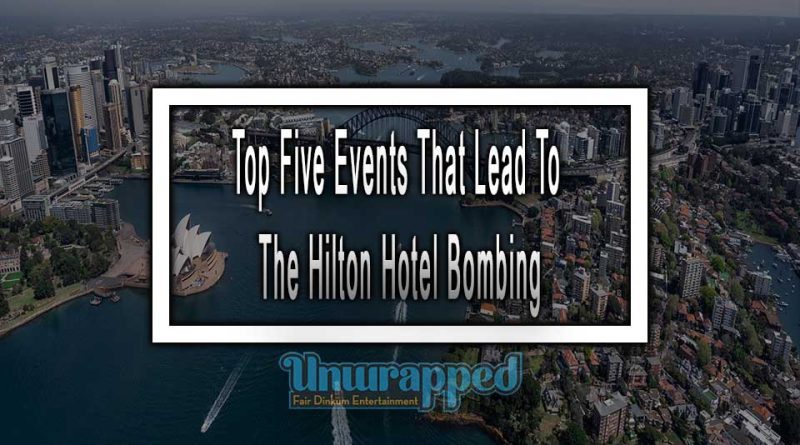 On February 13, 1978, an explosion rocked the entire Australian nation. As the Hilton Hotel prepared for the Commonwealth Heads of Government Regional Meeting, a bomb planted into the trash exploded outside the building. At 12:40 am, the blast killed the hotel guard and two garbage collectors who emptied the bins into a disposal truck. Eleven more victims got injured.

Although the historic meeting continued, the attack sent shockwaves throughout the continent. The incident brought home the fear of terrorism, prompting the government to introduce sweeping surveillance and anti-terror reforms. The Hilton Hotel bombing was a turning point in Australian history, especially when the 21st century began with the war on terror.

You will now learn the top five events that lead to the Hilton Hotel bombing.

1.      Australia is involved in international affairs and conflicts.

During the 70s, the world was under the shadow of the Cold War. As a key global player, Australia was no exception. Despite its distance from the Soviet Union and the United States of America, terrorism reminded Australia that they are in the midst of conflict. Communist spies and domestic violence remained threats to peace in the nation.

Yugoslavia was at war with Croatian separatists during that time. But because of Australia’s diplomatic relationship with Yugoslavia, the island nation became a target among terrorists. In June 1969, Sydney’s Yugoslav Consulate got bombed. Three years later, the Yugoslav General Trade and Tourist Agency (also in Sydney) got blasted as well.

As the Middle East disintegrated, Jewish diplomats in Australia also endured bombings. Terrorist organizations driven by separatism, nationalism, and religious extremism funded attacks in Australia to support their violent cause.

Hence, terrorists used bombs as their primary way to strike fear and promote their goals. Australia was also a target for these attacks because it participates in global politics and economics.

More Dark Oz: Events That Lead To The Demise Of Ned Kelly

2.      The 1978 Commonwealth Heads of Government Regional Meeting would get held in the hotel.

The Commonwealth of Nations serves as the union of Britain and its former colonies and dominions. Every two years, the heads of government of the member states gather to discuss reforms and controversial issues. For example, throughout its history, the Commonwealth tackled South Africa’s apartheid policies, Zimbabwe’s electoral violations, and military coups in unstable Commonwealth members. They introduce solutions through joint statements and policy recommendations.

In 1978, Australia would host the first regional meeting of Commonwealth Heads of Government in the newly refurbished Hilton Hotel in Sydney. It was then an opportunity for terrorists to plot another bombing.

3.      The arrest of Ananda Marga’s religious leader triggered terrorist attacks, including this bombing.

Investigations by Australian authorities point to Ananda Marga as the culprit behind the Hilton Hotel incident. It is crucial, then, to understand their beliefs and lifestyles.

The Ananda Marga began in 1955 in Bihar, India. Prabhat Sarkar, its founder, taught his followers how to achieve bliss, and they called him their Father. The believers also secretly regarded him as their god and lord who comprehends all languages and performs miracles. Their leader began as a railway accountant, but he got worshipped eventually as God-incarnate.

Since then, the Ananda Marga has had tens of thousands of followers in India, the Western Hemisphere, and Australia. Its Hindu roots made it attractive for hippies and young people seeking spiritual enlightenment. In the Land Down Under, the Australian branch of Ananda Marga organized meditation hubs, schools, charities, disaster aid, and relief organizations. Its members also participated in the states’ emergency services.

But their amicable image got smeared when Prabhat Sarkar and four of his chief disciples got arrested for murder in 1971. Authorities found six dead bodies in a forest near the quarters of Ananda Marga, and they were former disciples who wanted to leave their religion. Because of these charges, Prabhat Sarkar got convicted with a life sentence.

His followers at Ananda Marga saw this as an attack on their religion and their divine leader. They blamed the Indian government and its Central Bureau of Intelligence, accusing them of conspiring with the Russians. When Ananda Marga saw that their appeals got revoked, they resorted to rampaging protests and terrorism.

In 1975, Ananda Marga members in India threw grenades against officials. But these violent acts radiated in their foreign mission. In New Zealand, senior Ananda Marga disciples got caught while planning to bomb the Indian High Commission. In Australia, their extremist followers stabbed the Indian military attache at Canberra. They also tried to kidnap his wife.

Unfortunately, before Prabhat Sarkar got freed from jail on August 4, 1978, one of his devotees bombed Hilton Hotel to terrorize the Indian diplomats there.

4.      But some theorize that the Australian Security Intelligence Organization was behind the Hilton Hotel bombing.

While Ananda Marga stood as the official suspect of the bombing incident, some experts and conspiracy theorists deny this perspective. They argue that the Australian Security Intelligence Organisation planted the bomb outside Hilton Hotel. In doing so, the government may further empower its military and police while strengthening surveillance measures. The public allowed these policies out of fear, they claim.

The distraught response by the Australian government seems to back up this conspiracy theory. After the Hilton Hotel bombing, the prime minister and the premier of New South Wales mobilized military units, armored carriers, and helicopters inside and around Sydney. Then, they established crisis centers and laws allowing the Australian Security Intelligence Organisation to monitor citizens. The Australian government also federalized the police force in response to the incident.

It is also odd for many that Australia’s federal government refused to perform stricter investigations into the bomb site and the supposed perpetrators despite the state parliament’s appeals.

5.      Australia’s police force at the time of the blast was fragmented.

Despite the claims of critics and theorists, the Hilton Hotel bombing strengthened Australia’s police force. Before the incident, states had different police agencies and investigation services. But the 1978 terrorist attack made the public favor a united law enforcement agency. This way, the regulations, training, and procedures of the Australian police will remain standardized throughout the country. 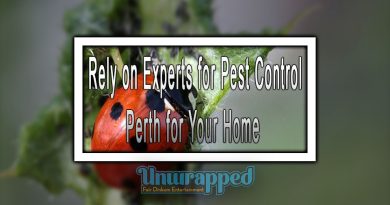 Rely on Experts for Pest Control Perth for Your Home 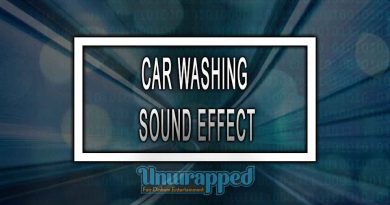 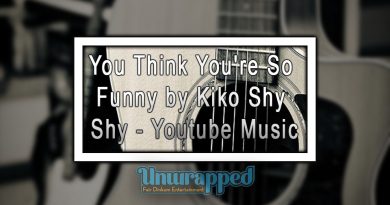