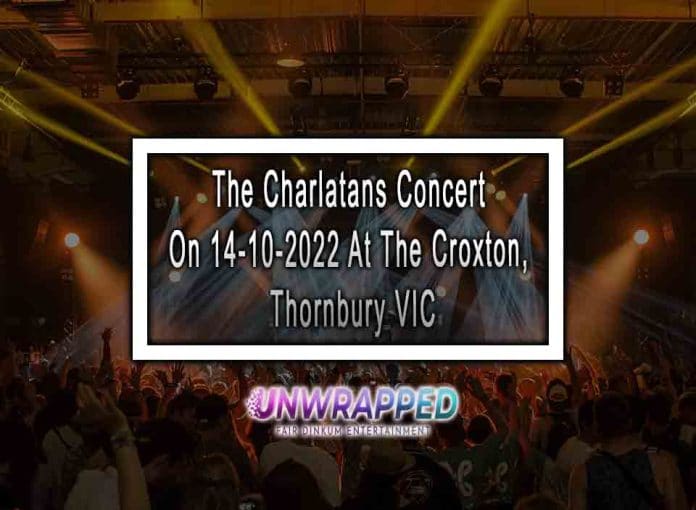 To commemorate their 32nd anniversary, The Charlatans have planned a run of gigs in Australia and New Zealand later this year. They’ll be doing six performances in October, starting with one in Auckland, New Zealand, on Thursday the 6th. They’ll next go to Australia, where they’ll play Sydney on Saturday 8, then Adelaide, Brisbane, and Melbourne before finishing in Perth on Saturday 15.

The band had planned to tour in 2020 to commemorate their 30th anniversary but could not do so owing to COVID-19. Instead, they began their rescheduled ‘A Head Full Of Ideas 31st Anniversary Best Of Tour’ last year, performing throughout the United Kingdom and Ireland. Unfortunately, after members of the team caught COVID, they were forced to delay events once more.

English rock band, The Charlatans, was founded in the West Midlands in 1988. All thirteen of the band’s studio albums have reached the UK Albums Chart’s top 40, with three reaching number one. They’ve also had 22 top 40 songs and four top ten singles in the UK, including “The Only One I Know” and “One to Another.”

In 2013, the band returned to their Big Mushroom studio to start recording demos for a new album. The Mountain Picnic Blues DVD, which chronicles the band’s Tellin’ Stories CD from its conception in 1997 to its 15th anniversary, was released in May. Jon Brookes, the band’s 44-year-old drummer, died of a brain tumor on August 13, 2013, after undergoing many surgery and treatments after his initial diagnosis in 2010.

In a special event, the band paid tribute to him, with Pete Salisbury filling in for him and artists like Beady Eye, The Vaccines, and Manic Street Preachers completing the lineup. The Charlatans have now become supporters of The Brain Tumour Organization, and the charity has established The Jon Brookes Fund as a permanent homage to the drummer. Tim Burgess announced that Brookes’ recordings would be included on the band’s upcoming album, which was set to be released in 2014.