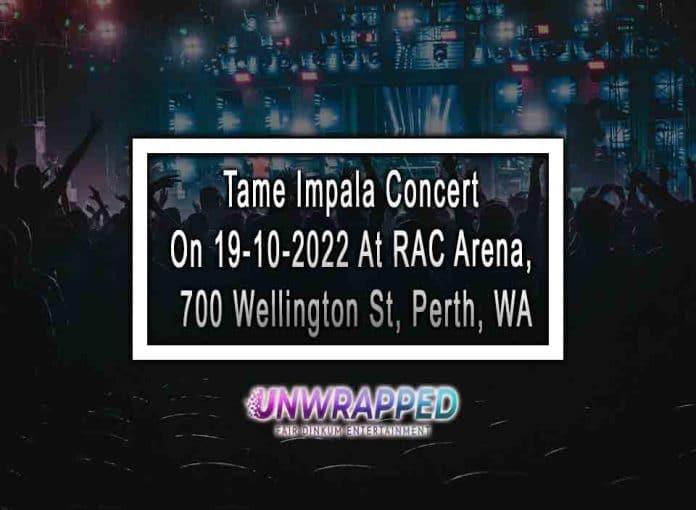 After a lengthy break, Tame Impala is back on the road in North America this month, presenting its first live gigs anywhere in the globe. Due to continually changing local and international border restrictions and corresponding Government orders in both countries, their Australian and New Zealand events will be canceled in December 2021. Tame Impala will now perform their huge live acts on our shores in Spring 2022, with their rescheduled tour beginning on Saturday, 15 Oct 2022, at Auckland’s Spark Arena. Tickets for all 2022 dates are available in limited quantities and are on sale now.

Tame Impala announced today that upcoming artists Genesis Owusu and Sycco would join them in October 2022, which is wonderful news. Current ticket holders are encouraged to keep their tickets; tickets for the December 2021 events will be valid for the rescheduled October 2022 dates with no additional action. People who cannot attend the rescheduled dates in the meantime may be eligible for a refund. Ticketmaster must receive refund claims by Friday, 22 Oct. Tame Impala, Chugg Entertainment, Frontier Touring, and Laneway Presents express their gratitude to fans for their patience and support throughout these difficult times.

The Qudos Bank Arena looks forward to having you back at the Arena for future performances. All events shall adhere to current COVID-19 health recommendations and government requirements. Please stay at home if you’re sick, have had contact with a suspected or confirmed COVID-19 case in the last 14 days, or are awaiting a COVID-19 test. Maintain a 1.5-meter physical separation from anyone not a member of your immediate ticketed group, especially when queuing and going across concourses.

Kevin Parker, an Australian multi-instrumentalist, founded Tame Impala, a psychedelic music project. Parker composes, records, performs and produces all of the project’s music in the studio. The band has a tight relationship with Pond, a fellow Australian psychedelic rock band with whom they share members and collaborations, notably Nick Allbrook, a former Tame Impala live member. Tame Impala, formerly signed to Modular Recordings, is now signed to Interscope Records in the United States and Fiction Records in the United Kingdom.

Parker came up with the idea for the project in Perth in 2007. Tame Impala’s debut studio album, Innerspeaker, was released in 2010 after a string of singles and EPs; it was rated gold in Australia and garnered positive reviews from reviewers. Lonerism, Parker’s follow-up album from 2012, was well-received, attaining platinum status in Australia and earning a nomination for Grammy for Best Alternative Music Album. Tame Impala’s third album, Currents, was released in July 2015 and won ARIA Awards for Best Rock Album and Album of the Year, just like its predecessor. For Currents’ debut single, “Let It Happen,” Parker earned the APRA Award for Song of the Year 2016. The Slow Rush, the fourth studio album, was released on 14 Feb 2020. Tame Impala received five awards at the 2020 ARIA Music Awards.