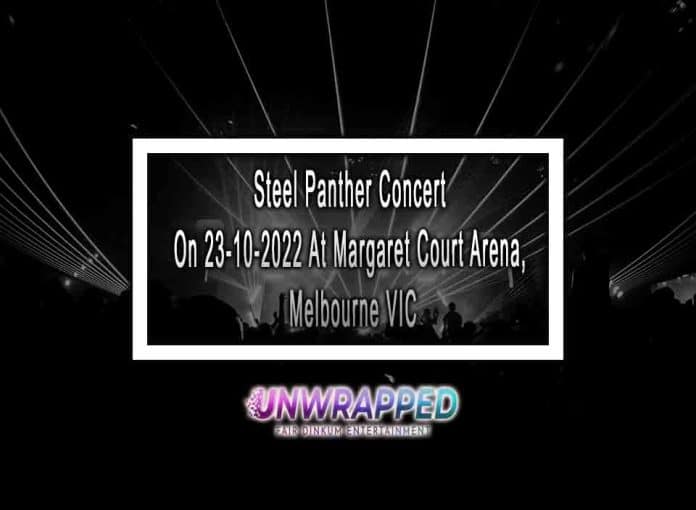 The craziest, fiercest, heaviest, most rocking heavy metal tour to strike Australia and New Zealand coastlines is on its way just a bit later than originally intended. The craziest, wettest, dirtiest, most challenging, heaviest, most rocking heavy metal tour to strike Australian shores in the history of anything will hit Australian shores in October 2022. MJR Presents bringing Steel Panther back to Australia for a Heavy Metal Party like no other, and they’re bringing none other than their US friends Sevendust with them! Due to increased demand, every time Steel Panther returns to Australia. This tour will still represent the most significant venues the band has ever played.

Steel Panther is a Los Angeles-based comedy rock band most known for its obscene and funny songs and exaggerated on-stage imitation of the conventional “glam metal” lifestyle. In 2018, the band was chastised for a trademark guitar tone called “Pussy Melter,” produced in collaboration with TC Electronic and deemed sexist by critics. Braids, an indie band, started a petition to have the description on TC Electronics’ website removed or edited, and the firm did so. The effect’s name and description were also criticized by musicians Japanese Breakfast and Ted Leo. Following the Me Too movement, the band has also been accused of racism and sexism. Steel Panther was defined as “incel rock” in a one-star NME review of Heavy Metal Rules.

Metal Shop was the name given to the group when they first gained prominence on the Sunset Strip in the early 2000s (soon changed into Metal Skool, then into Steel Panther). Ralph Saenz (“Michael Starr”), Darren Leader (“Stix Zadinia”), Travis Haley (“Lexxi Foxx”), and guitarist Russ Parrish were the members of the band (“Satchel”). Despite the name changes and Saenz and Parrish’s involvement with the Van Halen tribute band Atomic Punks, they eventually found success. The band played weekly gigs at the Viper Room and then the Key Club on Monday evenings, covering hair metal favorites and sharing their love for the bands who made the songs famous.