Skip to content
You are here:Home / Solar Energy in Australia – What is Renewable Energy? – Solar Farm

Solar Energy in Australia – What is Renewable Energy?

Solar Energy in Australia – What is Renewable Energy? Australia’s hot desert climate is very suitable for the country’s significantly high energy needs. Rising efforts to reduce the rate of climate change have caused the country to embrace renewable energy sources. Solar energy, through these efforts, has primarily been adopted. The efforts are especially in line with Australia’s efforts to become fully operable on purely renewable sources by 2050. Impressively, the Australian continent has the highest solar radiation per square meter amongst all continents. As a result of its climate, Australia has some of the best solar energy sources worldwide.

Perhaps you have noted the significant publicity this particular form of energy has amassed from various media. Solar energy, in retrospect, is a relatively recent development on Australian soil. Australia opened its first photovoltaic power plant in 2011 – the Uterne Power Station. However, much before that in 2008, $8 million worth of solar panels were installed on the roof of the new Goyder Pavilion of the Royal Adelaide Showgrounds. Due to its significant production of solar power where it has reached the 1000kV mark, the Adelaide Showgrounds have been given official power station status.

According to a report by the Energy Supply Association of Australia at the end of 2015, 15 percent of Australian homes had solar panels. This is the highest installation of panels within households in the world. South Australia and Queensland primarily dominated installation. Additionally, some areas in Adelaide and Brisbane have more than half their homes installed with solar power. Despite this positive report, Australia still lags behind as a large-scale producer of solar energy.

Australia on average receives 58 million PJ every year. That is a staggering 10000 times than its total energy consumption. Additionally, calculations have shown that Australia has enough roof space to power its whole continent on solar energy completely. Despite this encouraging information, solar energy still stands at a dismal 0.1 percent of its contribution to Australia’s total power consumption. It is quite clear that the use of solar power in Australia has enormous potential.

What has the Australian government done so far in a bid to maximize this potential? – Solar Energy in Australia

You might find yourself pondering over this question on reading the facts mentioned before herein. The government has set aside funds through the Solar Flagships Program totaling to $1.6 billion. These funds will build four solar power projects whose total power will amount to 1000MW, reaching the energy output of the average coal plant. Further, numerous power plants such as the Nyngan Solar Plant which currently produces 100MW of energy have been constructed.

Additionally, the Australian government has introduced incentives for solar energy. In the past, the government offered rebates of up to A$8000 for the installation of solar panels in homes and other buildings the community uses. Recently, the Solar Credits Program encourages the installation of solar systems by offering up to five times as many Renewable Energy Certificates for the first 1.5 Kilowatts of capacity. This incentive is in line with Australia’s Renewable Energy Target. Furthermore, schools were able to apply for government grants of up to A$50000 for the installation of 2kW solar panels within their premises. These grants ran from 2008 to 2012.

At the state level, Australian citizens were encouraged to set up solar panels within their residents and then sell their excess energy to electricity retailers. The move, popularly known as grid-in tariffs, caused more households to take up solar power.

Efforts have been made by Australia to increase their solar energy production. However, the potential for production, currently, is significantly expansive. Australia can do more. Way, way more.

Must read artile on the future of renewable energy in Australia. 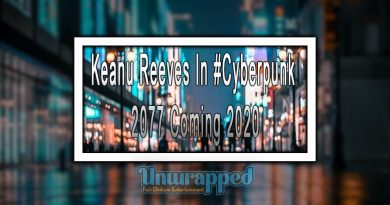