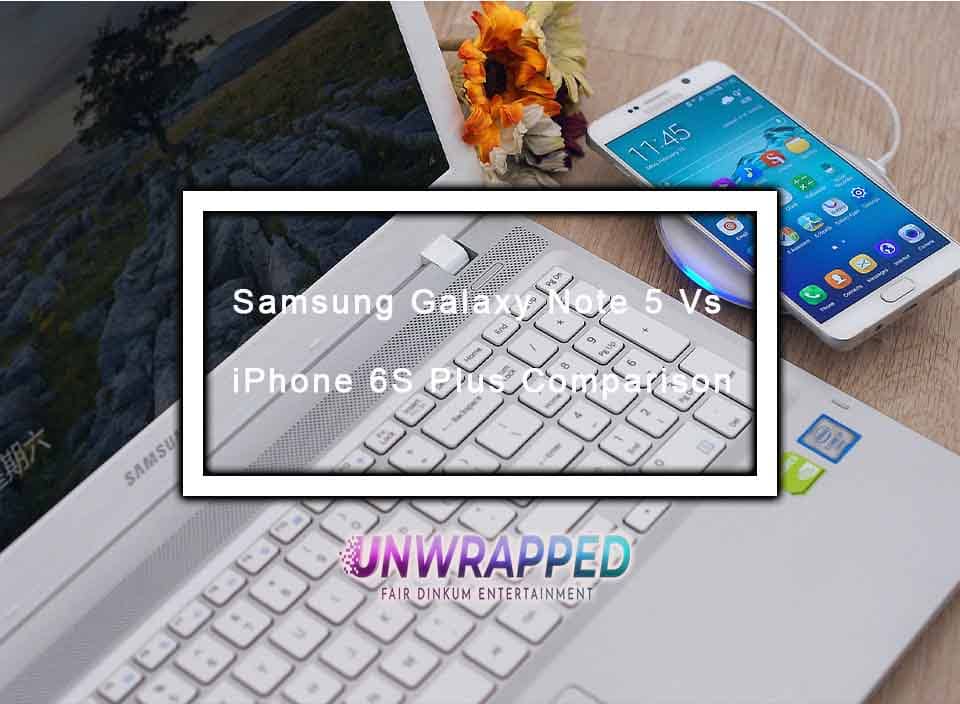 Well, Apple and Samsung are the competitive names of the tech industry. On every level, both companies are fighting neck to the neck by presenting world-class products.

Galaxy Note 5 is the latest flagship of the phablet series built by Samsung. While Apple released iPhone 6S Plus as a latest smartphone.

For your guidance, I have composed this comparison between both devices to give a brief idea about them

Galaxy Note 5 has a crisper display on a larger screen of 5.7 inches. 16 million colour pixels have been used in Note 5. While iPhone has only one edge of the 3D display on a 5.5” display screen.

iPhone 6S Plus has a powerful operating system of iOS 9. While Note 5 is running on the latest Android v5.1.1.

Note 5 is much faster than iPhone 6S with 4 GB RAM. iPhone only has RAM of 2GB.

Both smart devices have a strong processor for efficient working. Note 5 is supported by Quad-core 2.1 GHz. While iPhone 6S has dual-core 2GHz.

Note 5 has a powerful camera of 16MP. iPhone has camera of only 12 MP. Both have a front camera of 5 MP.

HDMI Cables the Good the Bad and the Ugly Choose Best...

5 Tips to Help You Prepare a Winning Virtual Presentation