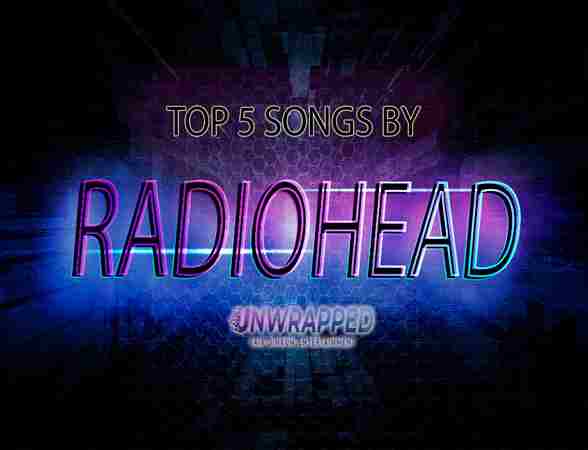 We know how excited you are to be swept away by music through Radiohead‘s Top 5 Tracks. Australian Unwrapped would like to give you first a glimpse of the life of the artist. Enjoy reading and listening!

Originally known as On a Friday, Radiohead adopted its new name from the Talking Heads song “Radio Head” on the 1986 album True Stories.
The father of Thom Yorke was an amateur boxer who encouraged his son to take up the sport.
The pond in Thom Yorke’s garden froze on Christmas day in 1996, killing his collection of exotic fish.

We freaking love music here at Unwrapped, and we adore Radiohead. In our humble opinion, here are the BEST FIVE SONGS by the legendary Radiohead (most liked, listened and downloaded songs) across the web!!!

When you were here before
Couldn’t look you in the eye
You’re just like an angel
Your skin makes me cry
You float like a feather
In a beautiful world
I wish I was special
You’re so fuckin’ special
But I’m a creep
I’m a weirdo
What the hell am I doin’ here?
I don’t belong here
I don’t care if it hurts
I wanna have control
I want a perfect body
I want a perfect soul
I want you to notice

I hope you enjoyed listening to Radiohead !