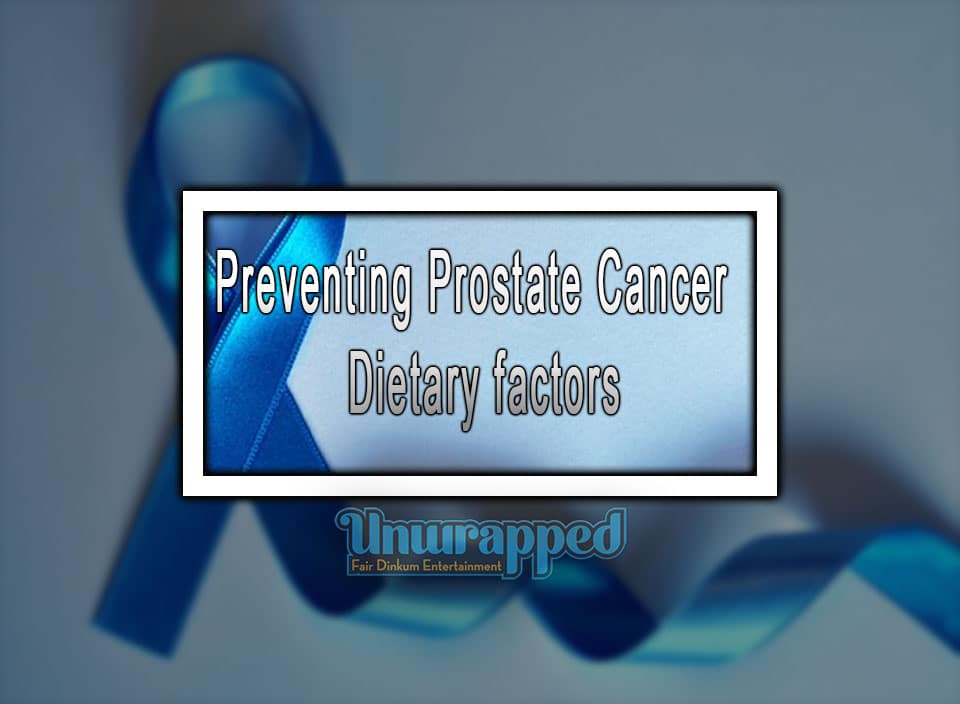 The role of diet in preventing prostate cancer.  Cancer of the prostate mainly affects older men. There are evidence showing that there is a genetic predisposition to the emergence of prostate cancer. Men, whose relatives suffered from prostate cancer, have a greater risk of developing the disease.

Studies show that consumption of fatty food increases the risk of developing prostate cancer. Catering to low-fat food protects people against prostate cancer and the progression of the disease.

The Role of Diet in Preventing Prostate Cancer

Lycopene – a red carotenoid pigment found in tomato, watermelon and pink grapefruit is widely known in the Western countries as ‘a substance necessary for a healthy prostate’. Lycopene functions as an antioxidant, which neutralizes free radicals and thereby protecting the cell from cancer transformation, reducing the rate of tumor growth.

A recent study in Japan showed that consuming large quantities of soy products could reduce the risk of prostate cancer.  The reason would be the substance contained in most of the soy products, called fitoestrogen. This substance could block the reproduction and growth of malignant cells and also function as an antioxidant. Beans, lentils and peas are also rich in fitoestrogen.

Other minerals and vitamins which are considered useful are:

The daily consumption of food rich in vegetables, fruits, dietary fibers lowers the risk of developing cancers and help to maintain an active longevity. Thus can contribute towards preventing prostate cancer.

Considered Roasting Vegetables? Below is some tips.

Top 8 Tips to keep your skin fresh and healthy

This article is not intended to replace professional medical advice or to provide personal or health advice. If you have any questions regarding your health or a medical condition, always seek the advice of your doctor. See here for further information.

How to Help Struggling Skin

How to Help Struggling Skin

How to Manage OCD?

How to Start a Healthy Lifestyle from Scratch – Day 18