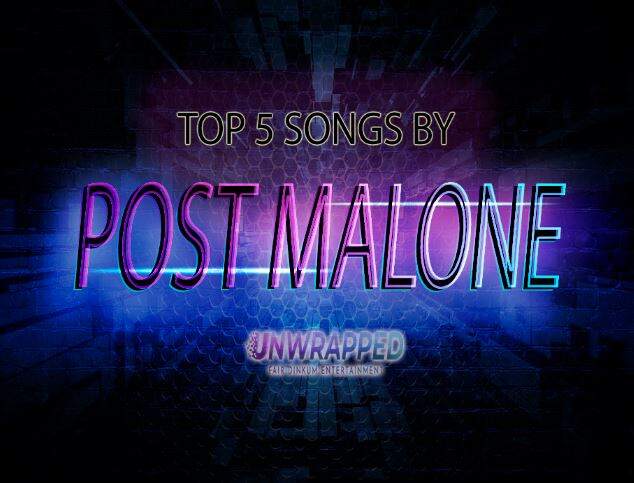 We know how excited you are to be swept away by music through Post Malone‘s Top 5 Tracks. Australian Unwrapped would like to give you first a glimpse of the life of the artist. Enjoy reading and listening!

Who is Post Malone: Austin Richard Post is known by his stage moniker Post Malone. He rose to prominence with his debut single “White Iverson” which aced US Billboard Hot 100 at the top 14 spot. His studio album Stoney, which was released in 2016, spawned the diamond single “Congratulations” while his second album, Beerbongs & Bentleys which housed the chart-topping singles “Rockstar” and “Psycho”, made it to US Billboard 200 top rank.

His stage moniker Post Malone was created from a rap name generator online.
He worked at a restaurant called Chicken Express when he was in high school to buy an $800 Versace loafer.
BLCKVRD was the music group he joined when he moved to Los Angeles to make videos for his YouTube channel “Sky Does Everything”.

We freaking love music here at Unwrapped, and we adore Post Malone. In our humble opinion, here are the BEST FIVE SONGS by the legendary Post Malone (most liked, listened and downloaded songs) across the web!!!

I’ve been fuckin’ hoes and poppin’ pillies
Man, I feel just like a rockstar (ayy, ayy)
All my brothers got that gas
And they always be smokin’ like a Rasta
Fuckin’ with me, call up on a Uzi
And show up, man, them the shottas
When my homies pull up on your block
They make that thing go grrra-ta-ta-ta (ta, pow, pow, pow, ayy, ayy)
Switch my whip, came back in black
I’m startin’ sayin’, “Rest in peace to Bon Scott” (Scott, ayy)
Close that door, we blowin’ smoke
She ask me light a fire like I’m Morrison (‘son, ayy)
Act a fool on stage

Sunflower – Spider-Man: Into the Spider-Verse

We couldn’t turn around
‘Til we were upside down
I’ll be the bad guy now
But no, I ain’t too proud
I couldn’t be there
Even when I tried
You don’t believe it
We do this every time
Seasons change and our love went cold
Feed the flame ’cause we can’t let it go
Run away, but we’re running in circles
Run away, run away

Mm-mmm
Yeah, yeah
Mm-mmm
Yeah
My momma called, seen you on TV, son
Said shit done changed ever since we was on
I dreamed it all ever since I was young
They said I wouldn’t be nothing
Now they always say congratulations
Worked so hard, forgot how to vacation
They ain’t never had the dedication
People hatin’, say we changed and look, we made it
Yeah, we made it