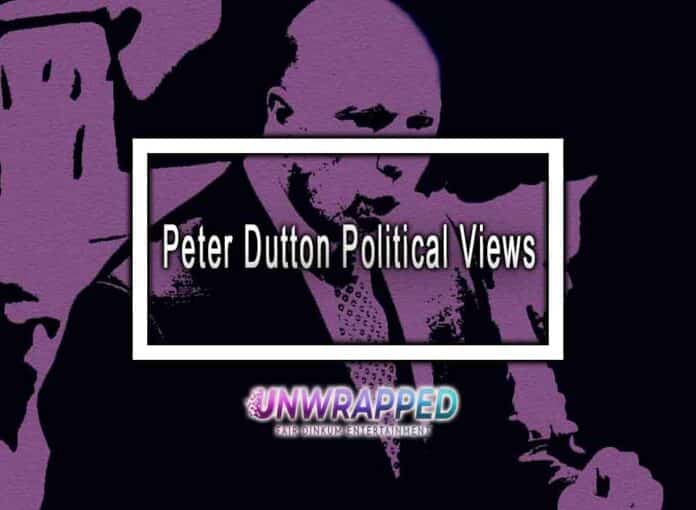 Peter Dutton is an Australian politician who currently serves as the leader of opposition the Australia. He has previously served as Immigration and Border Protection and Minister for Home Affairs. Dutton is a conservative member of the Liberal Party, and has been a vocal opponent of both same-sex marriage and asylum seekers.

Peter Dutton is a conservative Australian politician who has been the Minister for Immigration and Border Protection in the Australian Government. He has been the Member of Parliament (MP) for Dickson since 2001, and was promoted to the Cabinet in December 2017.

Dutton has drawn criticism from various sides of the political spectrum for his hardline stance on immigration and border security. He has been accused of being racist and anti-immigrant, and of supporting policies that would lead to mass deportations.

Dutton has defended his views by citing concerns about terrorism and illegal immigration, and he has said that he wants to see Australia become a “safe country” for immigrants.

What are Peter Dutton’s Plans for Australia?

The leader of opposition has announced a number of plans that he believes will benefit Australia. These plans include creating a new visa category for skilled migrant workers, tightening rules on who can enter Australia, and increasing the number of refugees that Australia sponsors.

Dutton has said that the SMP would be especially beneficial for countries such as India and China, which are experiencing an influx of skilled workers. He believes that these workers will help drive economic growth in these countries and help improve the quality of life for their citizens.

Dutton has also made it clear that he intends to tighten up the rules governing who is able to come to Australia. He has said that he wants to make sure that only those individuals who are truly necessary to Australia’s economic or social stability are allowed into the country. He has also suggested limiting the number of family members that a migrant can bring with them to Australia, and increasing the number of checks that are carried out on these individuals before they are allowed into the country.

In his previous role as the Home Affairs Minister, Peter Dutton was widely regarded as one of the most conservative members of Malcolm Turnbull‘s cabinet. As Immigration Minister, he has been outspoken in his support for stricter border controls and has stated that he is “unalterably opposed” to taking refugees who have reached Australia by boat. Dutton is also a vocal critic of same-sex marriage and abortion, having voted against both measures in parliament. Although many voters will likely see these positions as disqualifying him from leading the Liberal Party into the next federal election, it remains to be seen whether or not these views will damage his chances.