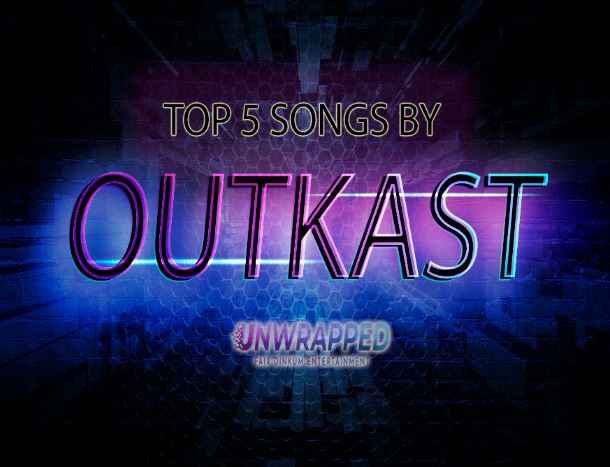 We know how excited you are to be swept away by music through Outkast‘s Top 5 Tracks. Australian Unwrapped would like to give you first a glimpse of the life of the artist. Enjoy reading and listening!

Who are Outkast: Atlanta-based rappers André “3000” Benjamin (formerly known as Dré) and Antwan “Big Boi” Patton formed the American hip hop duo, Outkast, in 1992. Southernplayalisticadillacmuzik was their debut album released in 1994, which then generated this Billboard Hot Rap Tracks chart number one song, “Player’s Ball”. Another award-winning album was Speakerboxxx/The Love Below, which spawned “Hey Ya!” and “The Way You Move.”

Outkast’s early rap influences were A Tribe Called Quest, Hieroglyphics and Das EFX.
Ceelo Green is the almost a third member of OutKast.
Big Boi achieved a 3.68 GPA while taking an interest in psychology.

We freaking love music here at Unwrapped, and we adore Outkast. In our humble opinion, here are the BEST FIVE SONGS by the legendary Outkast (most liked, listened and downloaded songs) across the web!!!

Caroline (Caroline), see, Caroline
All the guys would say she’s mighty fine (mighty fine)
But mighty fine only got you somewhere half the time
And the other half either got you
Cussed out or coming up short
Yeah, now dig this, now even though (even though)
You’d need a golden calculator to divide (to divide)
The time it took to look inside and realize
That real guys go for real down-to-Mars girls, haha, yeah
I know you’d like to think your shit don’t stank, but
Lean a little bit closer, see
Roses really smell like poo-poo-ooh
Yeah, roses really smell like poo-poo-ooh

So Fresh, So Clean

The Way You Move

I hope you enjoyed listening to Outkast !