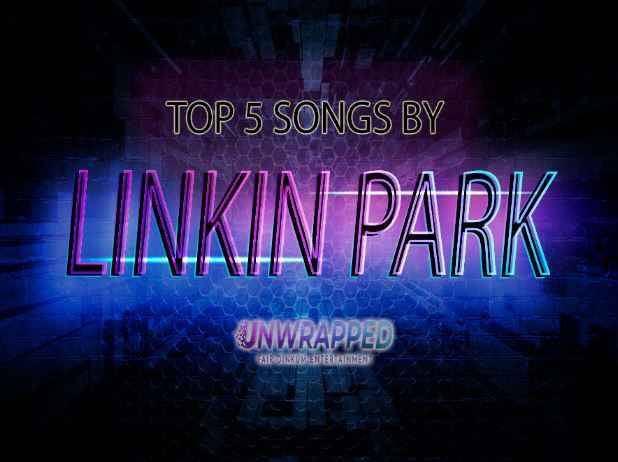 We know how excited you are to be swept away by music through Linkin Park‘s Top 5 Tracks. Australian Unwrapped would like to give you first a glimpse of the life of the artist. Enjoy reading and listening!

All about Linkin Park

Who are Linkin Park: The vocalist/rhythm guitarist/keyboardist Mike Shinoda, lead guitarist Brad Delson, bassist Dave Farrell, DJ/turntablist Joe Hahn and drummer Rob Bourdon comprised the famous American rock band Linkin Park. “One Step Closer”, “Crawling” and “In the End” were some of their prominent hit songs which topped charts in various countries. Kerrang! recognized them as “The Biggest Rock Band in the World Right Now” (2014).

Hybrid Theory was originally the name of the band Linkin Park to describe the musical fusion they created.
Chester Bennington wasn’t initially a fan of “In the End.”
“Crawling” and “With You” were the hardest songs for Bennington to sing.

We freaking love music here at Unwrapped, and we adore Linkin Park. In our humble opinion, here are the BEST FIVE SONGS by the legendary Linkin Park (most liked, listened and downloaded songs) across the web!!!

It starts with one
One thing I don’t know why
It doesn’t even matter how hard you try
Keep that in mind, I designed this rhyme
To explain in due time
All I know
Time is a valuable thing
Watch it fly by as the pendulum swings
Watch it count down to the end of the day
The clock ticks life away
It’s so unreal
It’s so unreal, didn’t look out below
Watch the time go right out the window
Trying to hold on, but didn’t even know

I’m tired of being what you want me to be
Feeling so faithless, lost under the surface
Don’t know what you’re expecting of me
Put under the pressure of walking in your shoes
Every step that I take is another mistake to you
(Caught in the undertow, just caught in the undertow)
I’ve become so numb
I can’t feel you there
Become so tired
So much more aware
I’m becoming this
All I want to do
Is be more like me
And be less like you

Yeah
Thank you, thank you, thank you, you’re far too kind
Whoo! Aha, uh, whoo, yeah! Ready
Whoo, whoo, whoo!
Can I get an encore, do you want more
Cookin’ raw with the Brooklyn boy
So for one last time I need y’all to roar
Uh, uh, uh, uh, yeah!
Now, what the hell are you waitin’ for
After me, there shall be no more
So for one last time, make some noise
Get ’em Jay!
Who you know fresher than Hov’? Riddle me that
The rest of y’all know where I’m lyrically at
Can’t none of y’all mirror me back
Yeah, hearin’ me rap is like hearin’ G rap in his prime

I hope you enjoyed listening to Linkin Park !