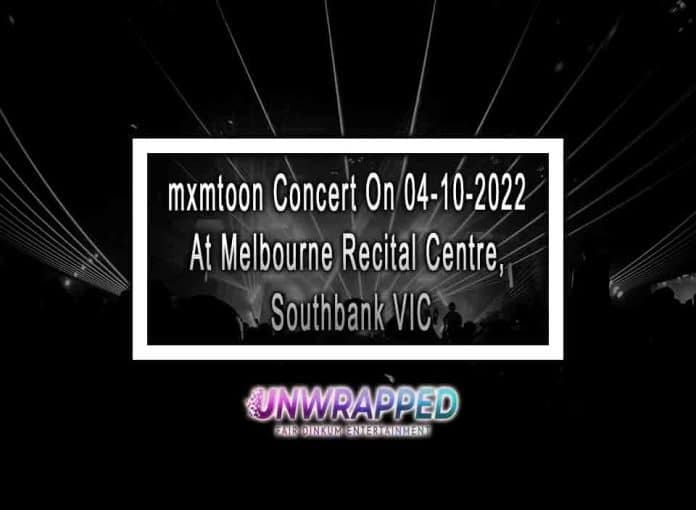 mxmtoon, a rising bedroom pop star, will make his first visit to Australia in the spring, performing all-ages headline events in Melbourne, Sydney, and Brisbane. She’ll begin things off in Melbourne on Tuesday, 4 Oct, at the Recital Centre, where she’ll perform songs from her upcoming second album, ‘Rising.’ She’ll then perform at the Factory Theatre in Sydney on Thursday, 6 Oct, before ending off at The Triffid in Brisbane on Sunday, 9 Oct. Maia will be performing in Auckland’s Tuning Fork on Tuesday, 11 Oct, for the first time in New Zealand.

After much suspense from her fans, Maia eventually announced her North American tour, named “rising (the tour),” on 7 Feb 2022. She also revealed that Chloe Moriondo, a fellow indie musician, will be accompanying her on her North American tour. Maia released “Mona Lisa” in February 2022 as the first single from her upcoming album Rising, which will be released in its entirety on 20 May 2022.

She released the track Sad Disco in March, and it was a part of her previously announced album “rising.” The track Victim Of Nostalgia, also included in her album, was released the next month. Coming On Age was leaked without warning one week before the album’s release date of 20 May. Maia announced new tour dates for the UK, Europe, Australia, and New Zealand on 28 Mar 2022. Ricky Montgomery will perform with her throughout Europe and the United Kingdom.

Maia (born 9 Jul 2000) is an American singer-songwriter and YouTuber who goes by the moniker mxmtoon. She is from Oakland, California, and is known for singing and playing the ukulele. Plum Blossom, her self-released EP from 2018, has been streamed over 100 million times since it was recorded on her laptop in her parents’ guest bedroom. In September 2019, she released her debut album, The Masquerade, followed by the twin EPs Dawn and Dusk in 2020. On 20 May 2022, she released her second studio album, Rising.

Maia was born in Oakland, California, on 9 Jul 2000 and grew up near Lake Merritt. Her father is German and Scottish, while her mother is Chinese-American. She loved studying art and architecture subjects in school. She was always interested in music when she was a child. Maia began taking violin lessons with her brother in first grade. She began playing classical cello and trumpet a few years later.