Skip to content
You are here:Home / Mastering Vignetting – Photography Tutorial

Vignetting – Make or Break a Photograph

Vignetting – The decrease in brightness of the image as you move away from the centre of the image towards the periphery is termed as vignetting. The term vignetting is used for a photographic portrait that is clear at the centre but gets faded at the edges. Vignetting is due to an optical defect of lenses in-camera. The magnitude of vignetting varies from lens to lens and is the less evident inexpensive lens.

Vignetting – Can Enhance The Image

Normally vignetting is undesired, but it is done purposely sometimes to create a special effect with the subject at the centre clear and rest faded. In such a case photographer deliberately uses a lens that produces vignetting. This can also be done with post-processing processes with the use of special filters. There are various types of vignetting. It can be broadly divided into natural vignetting, optical vignetting, mechanical vignetting and pixel vignetting.

Natural vignetting does not happen because of light rays’ blocking but its cause is cosine law of illumination. According to that the decrease in light is proportional to the fourth power of cosine of the angle at which the light is incident on the sensor of the digital camera. The lens used in compact cameras is liable to produce a vignetting effect. The retro-focus and telephoto lenses used in SLR cameras have less of natural vignetting. Post-processing techniques or gradual grey filter is used to overcome vignetting.

The vignetting as a result of physical dimensions of multiple lenses used in the camera is called optical vignetting. The front elements shade the rare elements which cause a gradual decrease in intensity of light towards the periphery of the image. Optical vignetting depends on lens aperture and can be overcome by a decrease in the aperture. When the light from the object is blocked to a certain extent due to thick filters, improper lens hoods and secondary lenses fading of light to the periphery of the image is called mechanical vignetting. As per the value of the lens aperture, the corner will darken abruptly or gradually.

Micro-lenses, when used over the image sensor, will reduce pixel vignetting. Vignetting is not a big issue in single photographs as it is not evident when photographs are single but becomes a problem when many photographs are combined together.

In the next part distortion of images due to lens problem will be discussed. How things are not as per the desired results and what all can be done to minimize the bad effect to enhance the quality of photographs?

Also See : Top 10 Australian Athletes to watch in the Olympics Games in 2020

Aperture Optical Aberrations – Minimize Them to Enhance Quality in Photography 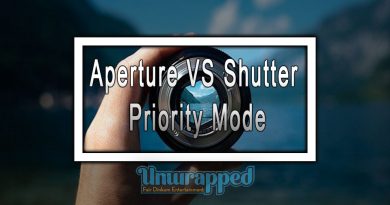 Reasons why every Photographer should Donate some work to Public Domain