Skip to content
You are here:Home / Is it morally right for Europe to deport Afghan refugees? Whether Is it morally right for Europe to deport Afghan refugees?

Afghan refugees – The world must except it is unrealistic to demand a quick fix of the refugee problem. These short term decisions haphazardly arrived at will turn to be costly in the long run.

The political agenda is now dominated by the refugee crisis and Europe has considered repatriating refugees to “safe” parts of Afghanistan. But before implementing that, it will do them good to remember the story of the Basharpals.

In early 2015, the Basharpals – father, mother and 4 children – fled Afghanistan to Norway. But they did not stay in their new home for long. The country deported them back to Afghanistan in August 2015. As they queued at a local restaurant, a bomb exploded just some 100 meters away.

According to what the family told Reuters, they are set to embark the dangerous journey back to Europe.

Of all the migrants to Europe, Afghans are the second largest. Approximately 200,000 Afghans moved arrived in Europe in 2015. This number is less than 4% of the 6,000,000 Afghan refugees all over the world.

Europe has had to contend with migration influx since World War II. To solve the problem, the countries have drafted a plan of deporting Afghan refugees back to Afghanistan. The estimated number is 80,000. This is a political response to a humanitarian crisis. It is an attempt to strengthen the power of right-wing parties all over the continent and restrain xenophobia.

During the May elections, the Austrian anti-migration Freedom Party was a whisk away from clinching the presidency. Also, a populist 3-years old Germany party – the Alternative for Germany (AFD) – earned the 5% threshold to get into state assembly.

Is it Morally Right? – Afghan Refugees

The decision to repatriate asylum seekers and block any from coming in raises tons of moral questions. That is being done with the knowledge that the Afghan government is not able to manage extreme cases of returnees. There is also the issue of limited economic opportunities and insecurity.

The global community has two things to do: stem the refugee’s tide; create suitable conditions for people like the Basharpals. For the Afghan refugees, their answer to their turmoil is better security.

The Asian Foundation conducted a survey last year. Its findings were that the Afghan economic interaction with the international community is declining. But what makes most citizens leave Afghanistan is a growing fear.

Afghanistan’s security situation is still fluid. The Taliban now frequently attacks the highway heading north from Kabul. This was once one of the safest roads in the country.

In its annual report, the United Nations reported a rise in civilian casualties due to the Afghanistan war.

The United States Department also had a warning against travelling to Afghanistan. It said that “travel to all areas of Afghanistan remains unsafe.” It went on to warn citizens not to travel to the country.

The Taliban has made significant gains, only ascertaining that the country’s security is deteriorating. That should only be an eye-opener that it is not morally right for the EU to deport the Afghan refugees. These repatriation efforts are unrealistic and against the UNHCR Internal Flight or Relocation Alternative guidelines.

Also See : 2016 US Election: Why it is Morally Right to Vote for Donald Trump 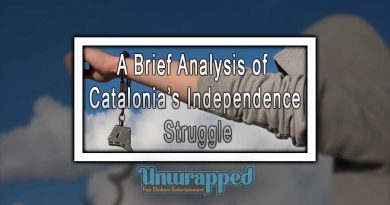