Is It Convenient To Drink Caffeine Before Training? 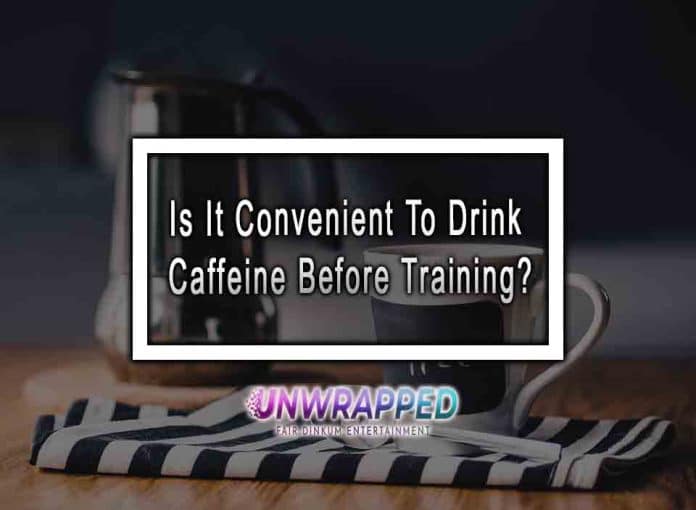 In the last several years, there has been discussion on the impact that coffee has on the rate at which fat is burned when exercising. Caffeine, like other well-known sports supplements like L-carnitine and creatine, is actually available for purchase as a dietary supplement. On the other hand, it is true that caffeine is not recognized to be a supplement in and of itself since the vast majority of people ingest caffeine on a regular basis.

When ingested before exercise, caffeine has shown to have a favorable influence on the rate at which fat is burned. However, it is essential to have a good understanding of the appropriate dose, as well as the reasons behind why it has an effect on the rate at which we burn fat. The following is an explanation of the proper way to take your caffeine in order to get the most out of your exercises.

How Much Caffeine Do I Have To Consume Before Training?

It is advised that athletes take between 3 and 6 milligrams per kilogram of body weight in order to enhance their athletic performance. To give you an idea, a person who weighs 70 kg would need three coffees to equal this amount. Caffeine capsules may be found in the areas of the store that sell sports supplements since it’s possible that you are not such a huge lover of coffee that you consume three cups in a single day. In point of fact, quite a few supermarkets already stock them for purchase.

If you drink coffee, you will obviously have more energy, and this will allow you to workout with a higher level of intensity. This contributes, although in a roundabout way, to a larger overall energy expenditure throughout the lessons that you take. However, this is not the reason why it is suggested to consume coffee in order to speed up the process of burning fat.

Why Does Caffeine Increase Fat Burning?

Your basal metabolic rate, which refers to the number of calories you burn on a daily basis regardless of how active you are, may be increased by caffeine use. Having said that, it is not a really dramatic shift.

On the other hand, caffeine stimulates lipolysis, which results in a more favorable long-term body composition by increasing the amount of fat oxidation that occurs during exercise while keeping all other factors constant.

What If Caffeine Doesn’t Suit Me?

Many individuals dislike coffee for a variety of reasons, the most common of which is that it quickens the pace at which the heart beats and that it irritates the digestive tract. If you don’t like coffee, then nothing will ever change! There are also some more possibilities.

Consuming caffeine in the form of a supplement is not the same as consuming caffeine in the form of coffee. You have the ability to experiment with both choices and see the changes. In any event, nutritional supplements are not required, and all that is required to accomplish your objectives is well-organized exercise and a diet that is tailored to meet those requirements.

Stay Connected
41,936FansLike
5,684FollowersFollow
865FollowersFollow
Previous article
What Is Loading And Unloading In Training
Next article
5 Tricks To Train In The Morning

What Is Lupus? Its Causes And Symptoms