How to Stop an OCD Attack? 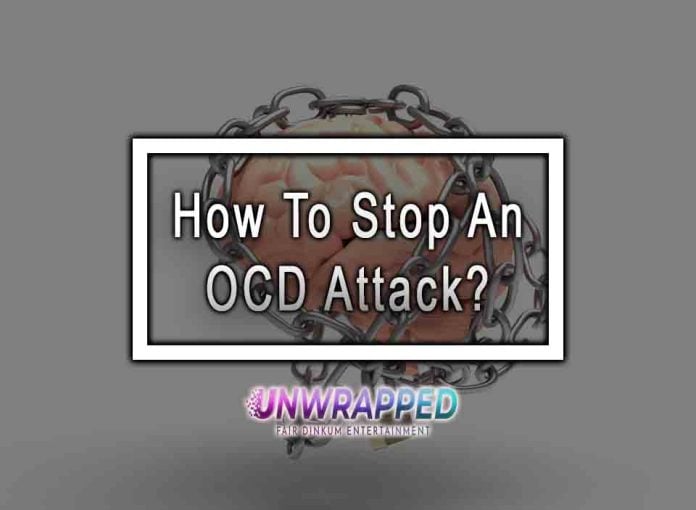 Are you or someone you know living with OCD? If so, this guide is for you. You’re probably in a State of complete anxiety. But don’t worry there are still things you can do to help yourself and improve your quality of life.

Obsessive-compulsive disorder (OCD) is a common, chronic and disabling brain disorder. There are many misconceptions about OCD, which can make life more difficult for sufferers themselves as well as those around them. In this blog post, we take a closer look at some of these misconceptions so you can stop them in their tracks before they cause any real damage.

Read ON: How To Cope With Current Events Anxiety

Obsessive compulsive disorder, or OCD, is a common mental health condition. A person with OCD experiences unwanted thoughts and images that cause anxiety and distress. These thoughts are usually repetitive, disturbing, and distressing to the person with OCD. The thoughts are called obsessions or obsessional thoughts. A person may also have repeated behaviors compulsions that they feel they must perform in response to an obsession or according to rules imposed by someone else.

The obsessions associated with OCD can be related to dirt, germs, illness/disease and other fears of contamination; aggression toward others; religious beliefs; sexual issues such as fear of being homosexual or fear of harming one’s child through molestation; aggressive impulses toward others such as parents or siblings; harm coming from others through violence towards oneself such as rape or murder; orderliness/symmetry etc.

What Are the Causes Of OCD?

There are several factors that may cause OCD. These include:

If you’re someone who’s inherited OCD from one or both parents, then you already know that it can be hereditary. Genetics is a major cause of obsessive-compulsive disorder (OCD) and other anxiety disorders. Genes are pieces of DNA that can be passed down through generations and passed on to children by their parents.

However, genetics aren’t the only answer to why some people develop OCD while others don’t; environment also plays a part in whether or not you’ll develop this condition. For example, if your mother had OCD when she was pregnant with you more if your grandfather had it there’s an increased risk that she’ll pass those genes on to her child. If both her parents had the same problem, then there’s even more reason for concern about whether or not your child will inherit their genetic predisposition toward OCD later on down the line.

You should know that OCD is not just a mental illness, it is also a personality disorder. A person with this diagnosis has obsessive-compulsive traits which are present in most of his/her daily activities.

The next step you need to take is to identify your ‘obsessions’ and ‘compulsions’ so that you can start fighting them effectively. Make sure that you write down the situations where these negative thoughts arise, whether they happen at home or at work, etc., so that you have a clear picture and can tackle them easily next time they appear or even before.

As mentioned above, OCD is a combination of biological and environmental factors. The brain’s wiring can cause someone to develop OCD, but the individual will also need an external trigger for the disorder to manifest itself.

For example, if a person with an obsessive fear of germs touches something dirty and then touches their clean hands, they might feel compelled to wash their hands again because of the anxiety caused by feeling contaminated from touching something dirty.

More Info: How To Make Life Easier For Yourself As A Dementia Caretaker

Chemical Imbalance in The Brain

If you have OCD, it’s possible that your brain chemistry is out of balance. That’s because chemicals like serotonin, dopamine, and norepinephrine are involved in the development of OCD symptoms. In fact, studies show that these neurotransmitters may be working too well in people with OCD causing them to think about something too much or making them feel compelled to perform certain routines over and over again like washing hands.

This chemical imbalance can be treated with medication such as antidepressants and anti-anxiety medications. These normally work best if they’re taken for several weeks or months at a time so it’s important to talk with your doctor about how long you’ll need treatment before stopping if necessary

Have you ever been so focused on something that it becomes an obsession? Well, if you have OCD, this is a common occurrence. You may be experiencing an obsessive thought right now. If that’s the case, there are many ways to get rid of it.

Here are our top 10 tips to help stop your OCD attack and get back into life:

Observe your triggers. An important step to take in order for you to get a handle on your OCD is to observe the triggers that set off an attack. Observing what sets off an attack helps you figure out what needs to be done when the next wave of anxiety hits, such as avoiding certain situations and environments altogether or learning how to cope with them. If a certain situation causes you stress, try using simple coping strategies like deep breathing or counting backwards from 10 when confronted with it.

Journal About Your OCD Thoughts

Journaling is an effective way to address OCD. In fact, a study published in the Journal of Behavior Therapy and Experimental Psychiatry revealed that people who kept a diary about their obsessive thoughts experienced fewer stressful situations and had better control over their anxiety.

Learn From Past Experience

If you have had a past experience that was similar to what’s happening now, then it’s important that you learn from it. Understanding the circumstances and thinking about how you could have handled things differently will help prevent the same situation from repeating itself in the future. It is possible that a mistake made in the past may not be repeated in exactly the same way as before, but if it was an error based on ignorance or incorrect information, then learning from this mistake can help prevent it from happening again.

Must See: How To Get Certified In Substance Abuse Counseling

Meditation is a great way to calm down your mind and reduce anxiety. It can also help you focus on the present moment and deal with stress, which are all helpful things if your OCD is making it hard for you to function in daily life.

If you have OCD, it is important to eat well-balanced and healthy foods. When we eat unhealthy food, we feel uncomfortable in our body. This can make us feel more anxious or stressed as well as cause other health problems such as weight gain, high cholesterol levels and diabetes.

You should practice deep breathing to help calm the mind. Deep breathing is called diaphragmatic or abdominal breathing and it helps relax your body and mind.

Your breaths should be slow, deep, continuous, relaxed, and last for a few minutes at a time before going to bed or when you feel stressed.

Prepare For an Emergency

If you are in a public place, tell someone that you need help and ask them to stay with you until the attack is over. At home, lock yourself in your room and get into bed. Stay there until the attack has passed.

If you’re driving, pull over safely as soon as possible and avoid doing anything that might put others at risk such as texting or talking on the phone. Then get out of the car and walk around for a little while until the attack subsides. At work: if possible, inform your supervisor about what’s going on so that s/he knows to expect changes in how well you perform during an OCD episode for example: memory loss; impaired concentration.

Speak With a Therapist or Counselor

If you’re having a hard time dealing with your OCD, speak with a therapist or counselor.

They can help you talk about your feelings and fears, as well as your symptoms and compulsions. They can also help you identify what triggers an OCD attack and how to deal with it better.

When you experience an OCD attack, it’s natural to feel shame or embarrassment for having a problem that so many people face. You might think that you shouldn’t be going through this because other people have it worse. But the fact of the matter is: everyone goes through hard times and experiences hardship in life. Whether it’s anxiety, depression, or something else entirely everyone has their own struggles and stories. Remembering this will help remind yourself not to judge yourself during your attacks, but instead give yourself love and compassion instead.

Refocus Your Attention on Something Else

If you are experiencing an OCD attack, try to refocus your attention on something else. Take a break from the situation in which you feel uneasy or uncomfortable. Try to think about positive things in your life and what’s important to you: your values, priorities and goals; the people who care about you; the things that make you happy e.g., hobbies.

Not to Miss: The Most Common Defense Mechanisms And Why We Use Them

Hopefully, we’ve given you enough information to help you get started on this next step in your recovery process. Take the time to research your options and find a therapist who can help. It’s worth it, and it will make a world of difference in helping you to better manage your OCD symptoms.

What Is Collaborative Care in Mental Health?

Mental Health Vs Mental Illness: How Do They Differ?