The Most Common Defense Mechanisms And Why We Use Them 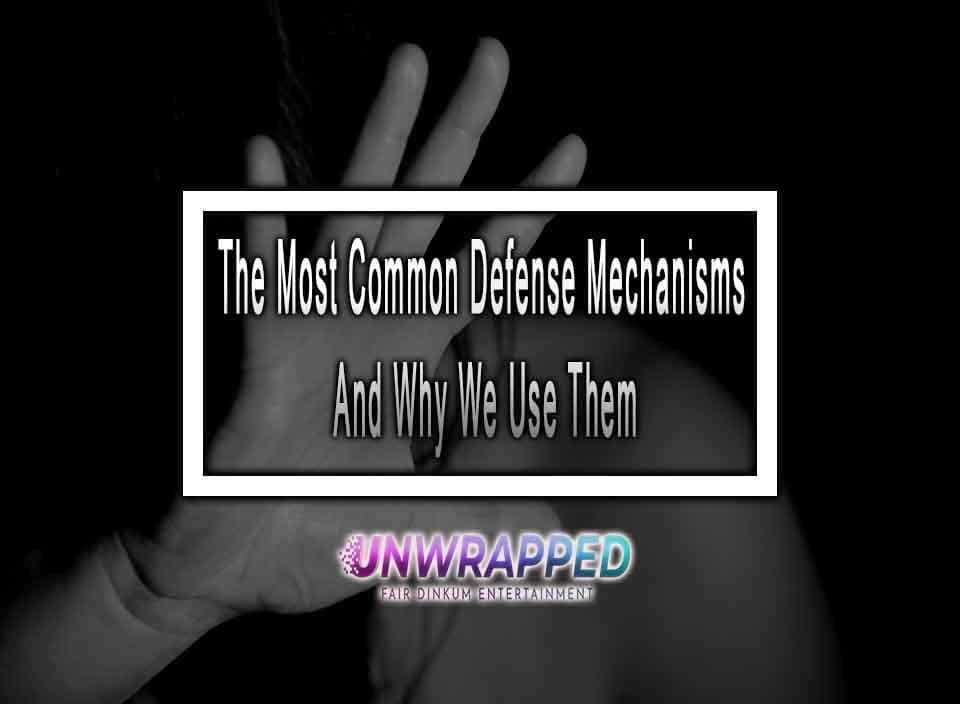 People utilize defense mechanisms to protect themselves from unpleasant situations, acts, or thoughts that they find distressing. It is possible that the use of these psychological tactics can help people establish space between themselves and undesired feelings, such as guilt or shame. From psychoanalytic theory, which defines personality as the interaction of three components: id, ego, and super ego, comes the concept of defense mechanisms.

Since its inception by Sigmund Freud, this theory asserts that certain activities, including defense mechanisms, are not under the conscious control of the person who engages in them. It’s actually a mechanism that most individuals employ without even realizing it.

Psychological development includes defense mechanisms as a necessity. Finding out which type you, your loved ones and even your coworkers use can aid you in future interactions.

To remain objective in the face of a difficult situation, you may decide to remove any feelings from your reactions and concentrate just on the facts. It’s not uncommon to see people who have been let off from a job developing spreadsheets of potential new positions.

Separating your life into compartments may seem like a good idea if you want to keep certain aspects of it safe. You compartmentalize your life when, for example, you refuse to bring up personal matters at work. When you’re in that state or attitude, you don’t have to deal with the fears or obstacles that come with it. Learn more about defense mechanisms at https://www.betterhelp.com/advice/defense-mechanisms/.

Sometimes people will create their own facts at their convenience in order to try to justify unwanted behavior. Even though you know in your heart that the decision you made is wrong, you can still feel confident in your decision because of this.

In other words, those who are upset with their coworkers because they don’t finish their work on time may be disregarding the reality that they themselves are frequently late.

Fear or anxiety might cause a person to “escape” to an earlier stage of development involuntarily. In young children, this form of defense mechanism may be most apparent. Trauma or loss can cause them to revert back to their younger selves. It’s possible that they’ll start peeing the bed or sucking their thumb.

Even as adults, we have the ability to mentally go backwards in time. Anxious adults who are unable to deal with stressful events or behaviors may revert to sleeping with their favorite stuffed animal or overeat comfort foods, or start smoking or chewing on pencils and pens. They may also shun normal daily activities because they find them too stressful to deal with.

Displacement is when you focus your feelings and frustrations on someone or something that doesn’t appear to be a threat to you. In this way, you might satisfy a desire to respond, but without putting yourself in danger. When you’ve had a rough day at work, it’s common to lash out at your children or spouse. Reacting to these two persons may be less challenging than reacting to your manager.

Certain thoughts or feelings about another person may cause you discomfort. If you transfer those feelings onto another person, you’ll be mistaking them for theirs. If you don’t like your new coworker, for example, you could opt to tell yourself that they despise you rather than acknowledge that you’re the one with a negative perception of them.

One of the most popular defense techniques is denial. When you refuse to acknowledge reality or facts, this happens. You filter off external events or circumstances in your head so you don’t have to deal with the emotional consequences. In other words, you avoid the unpleasant emotions or occurrences.

This defense mechanism is also one of the most well-known. The term “they’re in denial” is usually interpreted to suggest that a person is avoiding reality, despite what others may see.

Stay Connected
41,936FansLike
5,684FollowersFollow
866FollowersFollow
Previous article
Fast dating is the right thing in Melbourne
Next article
How To Get Certified In Substance Abuse Counseling