How to Make Money as a Self Published Author in Australia? 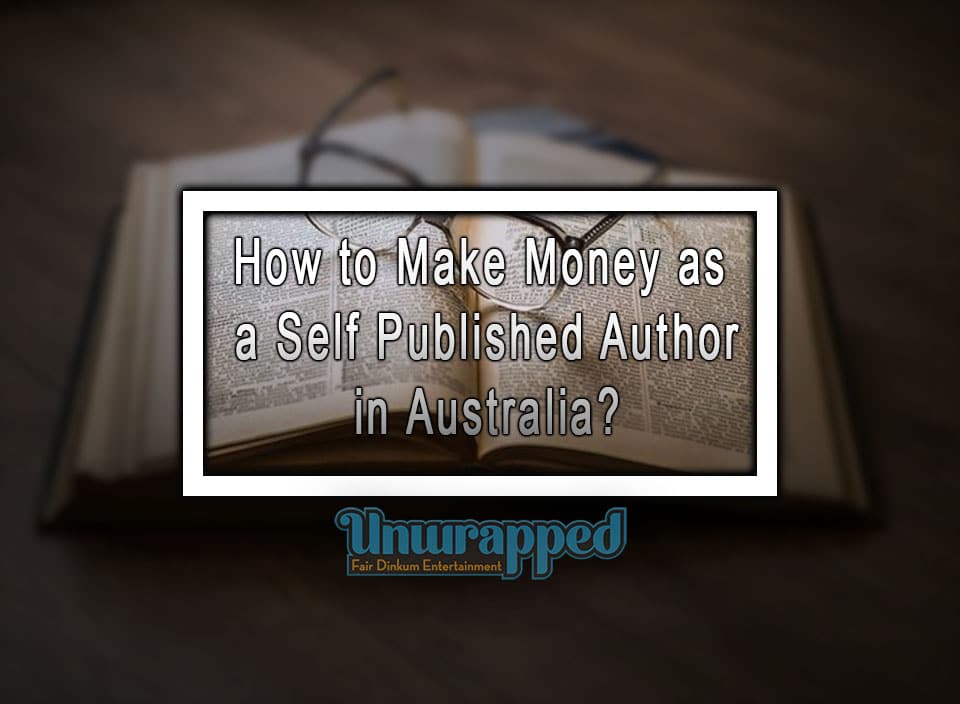 In some of the previous articles, we have discussed how self published authors can use Amazon KDP to self publish their books and start earning money as an author. In this article as well, we are going to look at some more factors and stories that should help our readers with their self publishing journey.

The self publishing industry has bloomed in less than a decade. It is hard to imagine that two decades ago we did not have smartphones and hardback or paperback books were still the main form of books. Even pdf files had not gained traction two decades ago. About a decade ago we got first generation smartphones and the rest is history.

Today self publishing has grown into a big industry. Today authors can have their books published in ebooks and in paperback as well. This industry has seen many firsts as well. It has seen ebooks, self-published in Amazon’s Kindle store.

Persistence is the key

You must be passionate, dedicated, knowledgeable and creative to make it big. You must understand that success will not come knocking to your doorstep, you need get out and look for it. Matt Rogers is a young Australian writer who left his law degree to become a full time novelist at the age of 19 and it took him 5 years to start earning half a million dollars with a portfolio of 25 published ebooks on Amazon KDP. We have discussed the story of Mr. Rogers in an earlier article, what we did not mention in that article is how he first had to go through failure after failure before he finally wrote a best selling novel.

Matt Rogers wrote his first novel at the age of 16 and then wrote a couple more novels but publishers rejected his work using various pretexts. Rogers however did not give up on writing, instead he kept on improving his writing and worked on his research to add more depth to his writing. 4 years later he was able to self publish his first novel which became a success. Had he given up after his first failure, he would have been doing something completely different today.

Also See: What is a Diamond Duck in Cricket?

According to Goodreads, Archer has sold over 2 million books in the last ten years and she is listed as the best selling historical fantasy writer for USA Today.

With Amazon KDP, she was able to get access to the American readers while being based in Melbourne. The access to a global market of readers, allowed her books to quickly become best sellers. Today she earns over a million dollars annually, she left her job in 2011 to become a full time author, the first year she was able to make just equal to what she was making on her previous job but as the years passed by and the number of her published books increased, her income also increased.

Today she is able to write and travel the world simply because of the royalty coming from the sale of her books.

When asked about her work ethic, she said that her work day starts when her children leave for school. At around 9 am she sits down to write and then goes on to keep writing till 3 pm. She then reviews and edits her work in the evening or late at night.

If we look at the stories of Matt Rogers and C.J. Archer, who are among the most successful Australian self published authors. We can see that there are some common factors.

The last point is what makes the difference between earning just a few hundred bucks or earning over a million dollars from your self published books. You cannot publish one book and expect it to hit it big, you need to turn it into a series so that the readers keep on reading and coming back to your books. If you can successfully spin a web of your ebooks, then you too can earn thousands of dollars in royalty from your self published ebooks.

Also See: Top Ways To Improve Your Outdoor Space And Give It A Magnificent Look

Stay Connected
52,694FansLike
5,666FollowersFollow
828FollowersFollow
Previous article5 Things That Make Your Garden Interesting
Next articleThe Basics of Marketing for a Self Publish Author