Skip to content
You are here:Home / How shutter settings decide the quality of the required photograph?

Whatever camera is in your hand, your photography will only improve if you know how to use that camera in the best possible way. You should be very clear about the features of the camera that you are to use. Remember great photographs are possible all because of the perfect combination of the camera and the photographer. A camera is a tool that becomes effective only if it is in the hands of a right person. Once you understand the camera controls available and how exactly they work, you will easily pick up best settings and hence will improve your ability to take stunning pictures.

The first camera control that will be discussed for you is shutter settings. A mechanical device on a digital camera that opens for particular period of time to allow certain level of light into the camera through lens is called shutter. The primary function of the shutter is to set exposure time. More the shutter remains open ore is the amount of light that come into the camera. Most of the Digital Single Lens Reflex cameras consist of mechanical shutter but few lower cost models consist of electronic shutter.

If you are beginner in the field of photography then the terms shutter speed and aperture may be confusing but you need to know that getting perfect relationship between the two is the secret for producing various best effects in photographs clicked. When you want to freeze the moving subject in your photograph faster shutter speeds are to be used. At higher shutter speeds moving objects have sharpness in the picture taken. However, good lighting is required in such a situation of short exposure as less light enters the camera.

But in low light conditions you have to opt for lower shutter speeds so that moving objects get blur.  In such a situation of long exposure shutter remains open for longer time to allow more light into the camera. The risk of blurring increases when low shutter speed is used so extra care must be taken to keep camera as steady as possible. A fast shutter speed allows lesser light into the camera. Aperture settings have to be large in such a situation so that sufficient light is allowed to reach image sensor. In case of lower shutter speeds the aperture settings have to be small.

Moving on, another photographic effect to highlight subject in digital photograph is controlling depth of field. That’s the next part of the tutorial 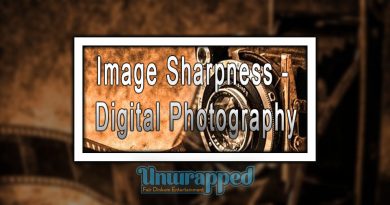 Davao City Free Images For Any Use – Non-Watermarked Pics