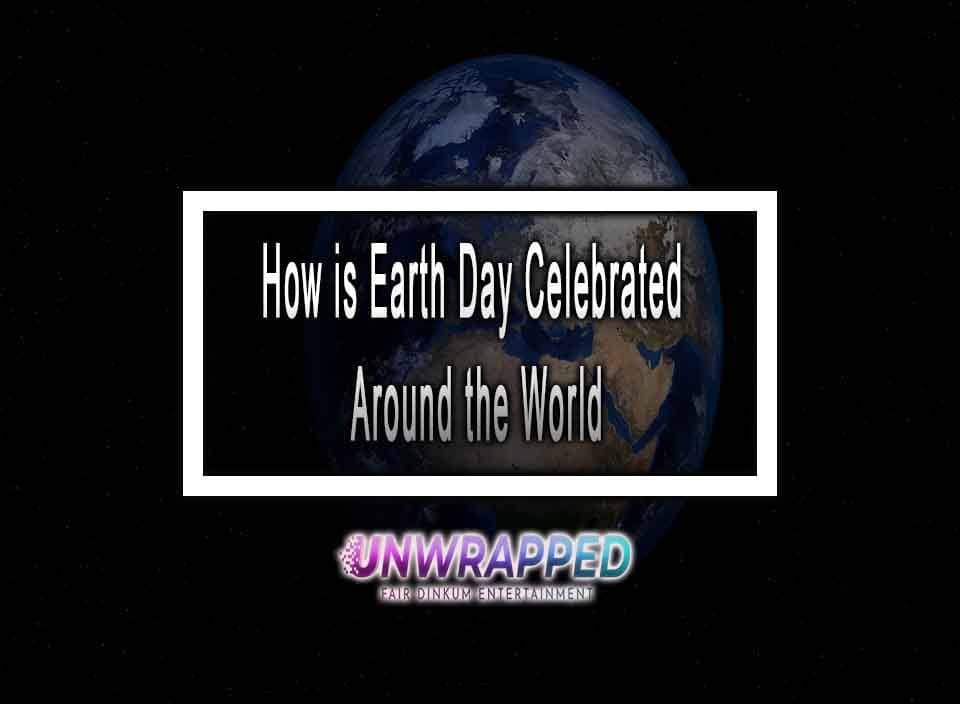 Earth Day Celebrated Around the World

Earth Day is celebrated on April 22nd. Do you know? The first earth day was celebrated on April 22nd, 1970, and has grown to encompass a diverse range of events coordinated internationally by EarthDay.org, involving over 1 billion people in over 193 nations. Peace campaigner John McConnell suggested a day to celebrate the Earth and the notion of peace in UNESCO Conference 1969. The United Nations later recognised this day of natural equilibrium in a proclamation authored by McConnell and signed by Secretary-General U Thant.

The millions of species we know and adore and many more yet to be found are nature’s gifts to our world. Unfortunately, humans have irreversibly broken nature’s equilibrium, and as a result, the planet is seeing its worst rate of extinction since the dinosaurs died out almost 60 million years ago. However, unlike the destiny of the dinosaurs, today’s fast extinction of species is due to human causes: climate change, deforestation, habit loss, poaching and pollution results in depletion of the environment. If the world doesn’t act now, human extinction might be closer than ever.

On April 22nd, 1970, United States Senator Gaylord Nelson advocated holding a countrywide environmental teach-in. He chose Denis Hayes, a young activist, to be the National Coordinator. The event was christened “Earth Day” by Nelson and Hayes. Denis and his team expanded the event from its humble beginnings as a teach-in to cover the United States. The inaugural Earth Day drew more than 20 million people to the streets, making it the most significant single-day protest in human history.

Non-environmental partners played a significant role. The United Auto Workers (UAW), for example, was the most important outside financial and operational sponsor of the inaugural Earth Day under the leadership of labour leader Walter Reuther. The inaugural Earth Day would have been a fiasco if it hadn’t been for the UAW! Nelson was eventually honoured with the Presidential Medal of Freedom for his efforts.

The United States was the focus of the inaugural Earth Day. The 1970 national coordinator Denis Hayes took it international in 1990, organising events in 141 countries. On Earth Day 2016, the United States, the United Kingdom, China, and 120 other nations signed the historic Paris Agreement. This signature fulfilled a fundamental criterion for the historic draught climate protection treaty to enter into effect, which was accepted by agreement by the 195 countries present at the 2015 United Nations Climate Change Conference in Paris. In addition, several localities participated in Earth Day festivities, a whole week of activities centred on the world’s environmental challenges. Over 100 million individuals worldwide celebrated the 50th anniversary of Earth Day on April 22nd, 2020, in what has been dubbed the world’s most significant online mass mobilisation.

People gather in Tokyo, Japan, to commemorate Earth Day Tokyo, held annually in Yoyogi Park. Over 100,000 guests with their families attend a two-day Earth Day festival to learn about sustainability and environmentalism. The custom has expanded to other Japanese cities such as Hokkaido, Chiba, Shonan, Toyama, Ishikawa, Nagano, Osaka, and Okinawa.

In addition, the Global Unity and Regeneration Gathering occur every year in Lanjarón, Granada, Spain. Eco-conscious individuals may meaningfully engage with one another and the Earth through seminars and talks on environmentalism, healing, and spiritual awakening. In previous years’ conferences, participants learned how to create self-regenerating water systems.

It will also serve as a fundraising event for climate change organisations and other environmentalist causes. The Empower Earth Day Celebration is one of the most anticipated spring events. Live bands, communal yoga, dancing, environmental lecturers, a completely vegan cafe, and even one or two shamans have performed in previous years.

In 2010, India began implementing ecological projects to coincide with Earth Day. Earth Day is not only a day of celebration for the people of India; it is a full-fledged movement. Earth Day aims to focus on the damaged ecosystems, people, and endangered animals that call India home and implement relevant initiatives around the country. Many of the day’s festivities are directly related to the endangered Asian elephant.

Stay Connected
52,648FansLike
5,673FollowersFollow
829FollowersFollow
Previous articleHow to Prepare for a Consultation with a Car Accident Lawyer
Next articleInternational Children’s Book Day Theme Around the World 2022