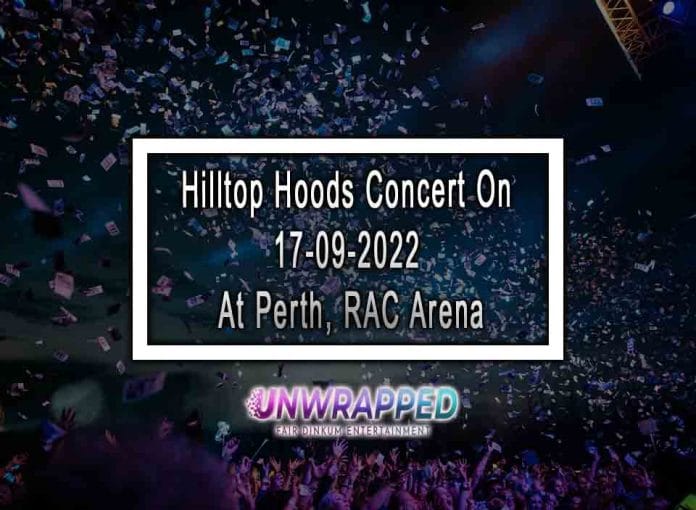 Hilltop Hoods have announced sold-out gigs in Melbourne and Adelaide and a new show at MyState Bank Arena in Hobart on Saturday, August 20. Tickets for the Hobart performance, which is proudly presented by triple j, TEG Live, and Blue Max Music, will go on sale to the general public at Noon on Thursday, June 9.

In what is building up to be another massive Hilltop Hoods tour, the remaining performances in Brisbane, Sydney, and Perth are selling out quickly. Hilltop Hoods will be joined on the national tour by A.B Original, Elsy Wameyo, DJ Total Eclipse at all gigs except Tasmania, and jayteehazard in Hobart. Don’t miss out on seeing Hilltop Hoods in concert! In August and September, I’ll be touring around the country.

Hilltop Hoods is an Australian hip hop group founded in 1996 in Blackwood, South Australia. They are considered pioneers of Australian hip hop’s “larrikin-like” style. Back Once Again, the group’s debut extended play, was published in 1997, and the group has since released eight studio albums, two “restrung” albums, and three DVDs. After co-founder DJ Next (Ben John Hare) departed the group in 1999, Suffa (Matthew David Lambert) and Pressure (Daniel Howe Smith) were joined by DJ Debris (Barry John M. Francis).

Since their initial appearance in 2003, the band has had 21 songs voted into the yearly countdowns, making them one of the most frequent artists in the history of the Triple J Hottest 100. The Hard Road won “Best Independent Release” and “Best Urban Album” at the 2006 ARIA Music Awards. They received “Best Urban CD” in 2007 for The Hard Road: Restrung, a remix album (2007). They received the same award for State of the Art in 2009 and Drinking from the Sun in 2012. Debris was named “Engineer of the Year” in 2009 for his work on State of the Art. Walking Under Stars won the Best Urban Album category at the 28th ARIA Awards in 2014, giving the band their third ARIA win.

A Very Hiatus Halloween On 30-10-2022 At Forum Melbourne, Melbourne VIC