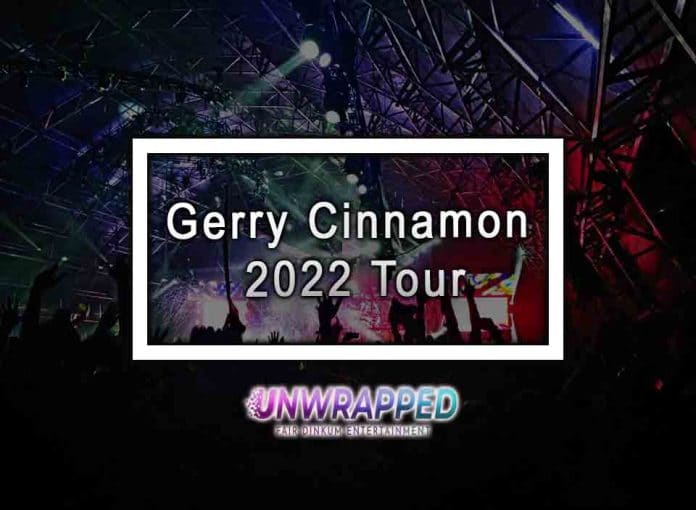 When Is Gerry Cinnamon 2022 Tour Happening?

Gerry Cinnamon is presently on tour in two countries, with eight shows scheduled. Their next performance will be at Singleton Park in Swansea, followed by a performance at Cardiff Castle in Cardiff.

Gerry Cinnamon’s music is friendly, current, and a true storyteller in a way that few others can. Gerry has become a cult icon and a force to be reckoned with despite being unsigned and unrivalled in his ability to operate outside of the mainstream.

Also See: How the Hell did Gerry Cinnamon get Famous?

Don’t let this opportunity pass you by!

Below are all of your chances to see them live!

Gerry Cinnamon’s massive rise in fame is one of the most astonishing stories in modern music. Gerry has progressed from a self-released first CD to a stadium and arena headlining act. Gerry Cinnamon has done it all on his own as a musician whose open and honest songs have a vast and devoted fan base. Earlier this year, his second album, ‘The Bonny,’ debuted at number one on the official Irish and UK charts.

Check Out: The Curious Case of Gerry Cinnamon – The Skinny

This year, Jake Bugg, Aslan, and Vistas are among Gerry Cinnamon’s special guests as well!

Another fantastic show never fails to deliver; really a night to remember rock’ n roll at its finest, top entertainer; I can’t wait to hear new material. Hats off to the group!

You May Also Like: Top 5 Best Gerry Cinnamon Songs of All Time

Why Wokeism Is a Religion?

WHAT IS BITCOIN AND HOW DOES IT WORK?