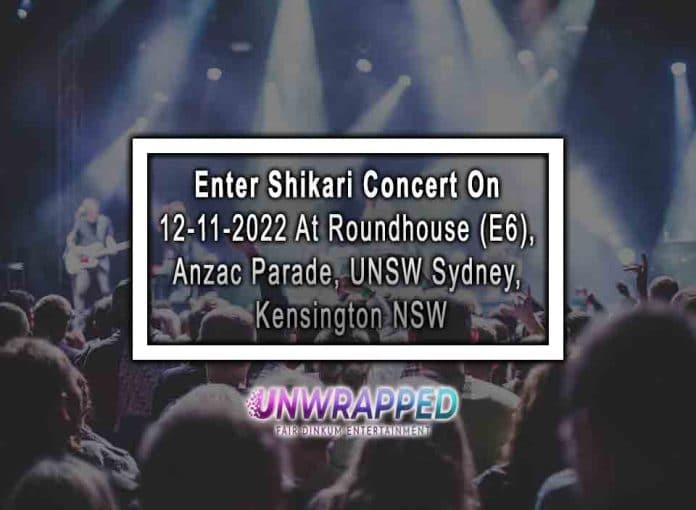 In return to Australian stages, Enter Shikari has scheduled a four-date trek around the east coast for November. On November 11, they will debut in Melbourne at the prestigious Forum theatre. The next night, November 12, they’ll travel to Sydney for a performance at the UNSW Roundhouse, where they performed in 2010, 2012, and 2015. Before the tour’s conclusion at The Gov in Adelaide on Tuesday, November 15, Brisbane fans will get their chance to catch the band’s performance at the Eaton’s Hill Hotel on Sunday, November 13.

The tour is Enter Shikari’s first trip to Australia since they performed at the All Good Things festival in 2019. Since then, they have also published the book A Treatise on Possibility, their sixth studio album, “Nothing Is True & Everything Is Possible,” and live CDs “Moratorium (Broadcasts From The Interruption”) and “The Last Spark.”

The band’s leader, Rou Reynolds, stated, “Shows have remained vivid in my memory during these tough last several years.” Australia was the final tour the band completed before the pandemic began. “Knowing that we ended on a high comforted me when our tours were frequently postponed and the band became inactive. It was that mad sprint. I’m beyond thrilled to finally get the opportunity to go back and continue the legacy those programs established.

The British rock group Enter Shikari was founded in 1999 by bassist Chris Batten, lead vocalist and keyboardist Rou Reynolds, and drummer Rob Rolfe in St. Albans, Hertfordshire, England. The band’s current lineup was completed in 2003 when guitarist Rory Clewlow joined, and it also took on its present moniker at that time. A rising number of people saw them play in 2006 at Download Festival and a sold-out show at the London Astoria. Take to the Skies, their first studio album was released in 2007 and peaked at number four on the Official UK Album Chart.

Their third album, A Flash Flood of Color, was published in 2012 and debuted at number four on the UK Albums List. Their second album, Common Dreads, was released in 2009 and debuted at number 16 on the chart. Both have now received silver certification in the UK. Before starting work on its fourth studio album, The Mindsweep, released in 2015, the group spent time touring in support of the last record. The Spark, their fifth studio album, was released in 2017. Nothing Is True & Everything Is Possible, their sixth album was released in April 2020. Ambush Reality is Enter Shikari’s own record company. They have also agreed to distribution agreements with several large labels to aid with global dissemination. Their varied musical approach incorporates elements of numerous electronic and rock music genres.