Favourite Sex Positions For Men And Women | 5 Suggestions For Each 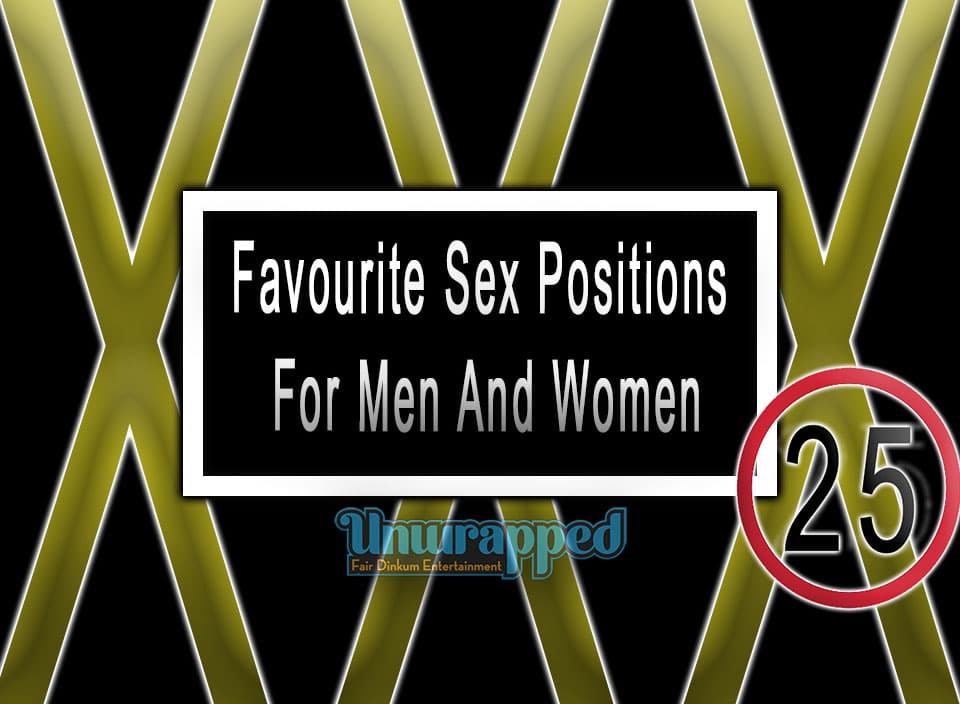 Top 5 Favourite Sex Positions For Men and Women, Which One is Your Favourite?

Sex itself is a favourite, right? But why not make it even better? We have split this list into 5 women’s favourite positions and 5 men’s.

It’s not a western movie fantasy that women want to fulfil. It’s not about riding horses either. No, they like to ride men because it gives them control. They’re on top, they’re the dominant one. Also, it’s a little bit of a courtesy gift for their man, because that way he can enjoy the bouncing titties, of course.

2. Missionary But Not Quite

Again, she’s on top. She doesn’t ride you, she lays over you but is still in control. Although it’s not just about control either – that’s an over-simplification. This position, as does the cowgirl, actually give women the control of depth of penetration, speed and movement, so by controlling that they also control the pleasure they get from it. Meaning that they can get a much better orgasm.

Yeah, in today’s sex culture, it’s usually considered boring and typical. But it is much more than that. Because you get full contact with your man – the eyes, the arms, two bodies in one. Believe it or not, it’s actually the most intimate one, and many women love it. Despite Hollywood movies and pornography, promoting all kinds of different strange-looking poses that almost seem impossible to perform.

Despite everything we’ve seen so far – the controlling part, the tenderness and intimacy – we are now at the total opposite. Some women say this pose it’s excellent for G-spot stimulation. However, it may be just an old primal instinct that still exists in us all. Simply put – sometimes we just want to mate like animals. And there’s absolutely nothing wrong with that.

Ah, that worldwide famous number that has nothing to do with math. Yes, a lot of men like this pose. Why? Because it gives them two pleasures at once. They get to enjoy her while being sucked as well. It’s a win-win. But be careful, it can be a little tough to handle for beginners. It’s not as easy as it looks. But the effort does pay off, guaranteed!

Most men are obsessed with the bottom. And it’s not a Sherlock Holme’s mystery. It’s just a tighter hole, that’s all. It gives them a firm grip and stimulates them more than anything else. Also, they usually prefer it doggy style. So, it looks like both women and men have one same favourite pose, only different holes.

Of course, doing it in the air might be hard, next to impossible. So you’ll probably gonna need to lean against something – a wall or even a fridge. It doesn’t matter if it’s just one leg up or both – men will love it.

Also See: 10 Things You Should NEVER Say During Sex

So, basically you f*** at the edge of a bed or a table. She’s laying on her back, legs spread over the edge. You slide in, and orgasm will probably be very explosive and quick. That usually happens because you can look at her boobs and caress them too. But don’t forget to look at her too every now and then. Don’t be rude.

And now, a little bonus, well, two of them actually. Another thing that both men and women like is oral sex. Licking and blowing – no way around that.

On the other hand, the one position both sides hate is reverse cowgirl. Yes, yes, it’s been heavily promoted, like, everywhere, but in reality, a lot of people don’t like it. They say it’s uncomfortable and unappealing because men mostly see just her back while women see only their feet. Fantastic, huh? Try it out, maybe you’ll like it, who knows. It’s always good to try new things.

Are any of these poses on the list your favourites as well? Let us know. Also, read our article on men vs women in sex.

Is Daily sex good for health?

Having daily sex is absolutely fine and beneficial for your overall health. Be it good cardiovascular health or vibrant skin, sex is the best way to keep your relationship alive, interesting and intimate. Make love, love one another and live happily.

Also See : What Women Want In Sex VS What Men Want

How To Spice Up Your Marriage Sexually