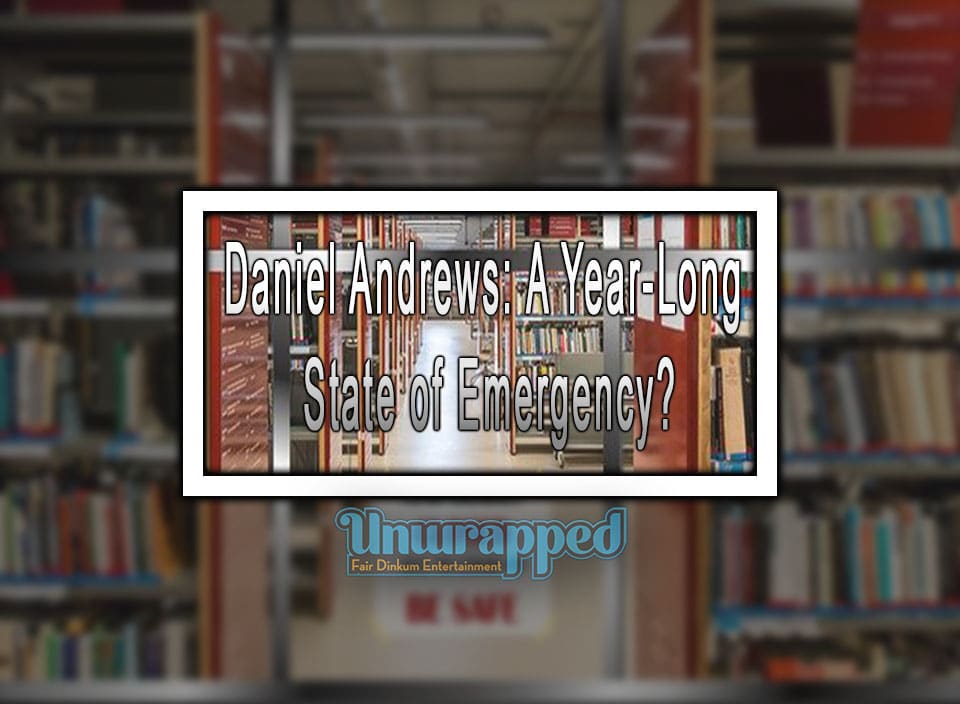 Is a Year-Long State of Emergency Round The Corner? Listen to What Daniel Andrews has to Say

Due to COVID-19 outbreak, Daniel M. Andrews, the Premier of Victoria since 2014, intends to prolong the state of emergency for another twelve months. Could this be a terrifying power play, or is there an actual medical reason?

Let us remind you that the Victorian government first declared the state of emergency on March 16, 2020, which has been extended every four weeks ever since. The last extension will expire on September 13. Concluding with that date, it will be a total of six months of the state of emergency in Victoria. That is the maximum period allowed under the law. Therefore, the government would need 20 votes in the upper house in order to pass another extension legislation. However, Premier Andrews lacks support among the crossbenchers and the opposition. So, will his legislation pass? And more importantly, is it justifiable?

The Premier said the proposal to extend the government’s powers to renew the state of emergency was necessary and would need to be enforced until a vaccine was developed.

But even if year-long extension legislation would pass, it would still have to be renewed every four weeks. Despite that, the fact is that the Victorian government would gain more power and control.

Mr Andrews said that “this thing is going to run for more than six months, so we’re going to need to extend – nothing more, nothing less.”

Although the daily number of new infections and deaths continue to occur, Liberals and Nationals believe that a 12-month extension is not medically based. It would not stop the public health crisis either. It would, however, deeply hurt the economy. On top of that, it would have a negative impact on social and civil liberties. Not to mention a terrifying limitation of freedom of movement and freedom in general. The Liberals also say that this act is directed by the government and not by science.

Of course, this is debatable, as everything should be in a democratic society. In this particular case, medical experts should play the primary role. Their advice on the Coronavirus pandemic is the one that counts the most because this is not the government’s field of expertise. Otherwise, it’s not a democracy, but a sad and even scary political power move. Hopefully, in the upcoming days, the right decision will be made for the people of Victoria.

In conclusion, giving this kind of power to a select few doesn’t seem very democratic – on the contrary. And the question still remains: is it justifiable? Either way, if Mr Andrews gains enough support to pass this legislation, however unlikely that is, the community will not be happy about it, to say the least.

If you’re interested in controversial topics, consider reading our article on Avi Yemini[p1] .

[p1]Link to “Why we should listen to Avi Yemini”

Stay Connected
45,788FansLike
5,659FollowersFollow
840FollowersFollow
Previous article5 Must-Experience Annual Events From Across Australia
Next articleHow to Decide on a City to Move To