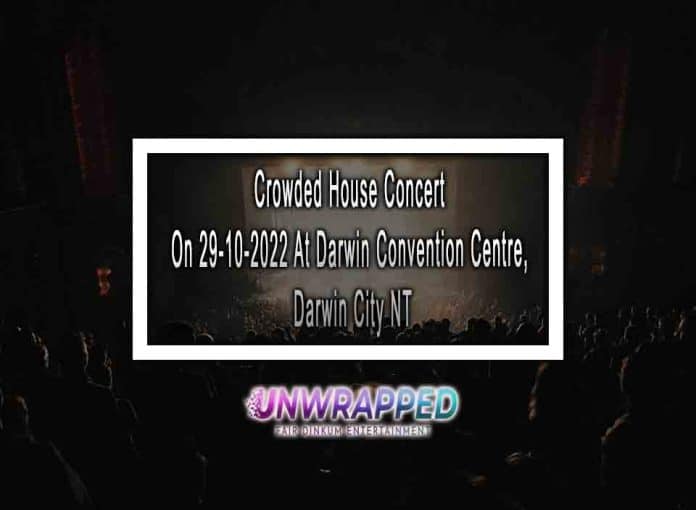 Crowded House has announced more Dreamers Are Waiting for tour dates in Australia for October and November, adding to their already rescheduled gigs as the tour continues to grow. Full houses, enthusiastic audiences, and broad critical praise greeted the band’s April Dreamers Are Waiting Australian tour dates, including a Bluesfest star act around Easter. Crowded House’s Dreamers Are Waiting Australian tour was cut short in April after Neil Finn, the band’s frontman, tested positive for COVID-19. Seven gigs have been rescheduled for November, including ones in Canberra, the Hunter Valley, Hobart, Geelong, and Perth. The band has recently announced a slew of new tour dates.

Hopefully, you don’t need us to convince you why seeing Crowded House perform live is a smart idea at this point. Their virtually unrivaled collection of iconic classics is incentive enough. Still, the fact that they remain one of the most lovable live bands you’ll ever witness adds to the appeal. Supporters in Darwin, Cairns, Townsville, Brisbane, Tamworth, and Wollongong will be able to see the band in their hometowns. At the same time, Geelong, Hobart, and Canberra fans will be rewarded for their patience with these rescheduled gigs. The tour follows the release of Dreamers Are Waiting, Crowded House’s sixth album and first since 2010.

Crowded House announced its disbandment in June 1996. That year, the band performed many farewell performances, including “Farewell to the World” shows in Melbourne and Sydney. Hester committed suicide on March 26, 2005, at 46. The band reformed in 2006 with drummer Matt Sherrod and recorded two further albums (in 2007 and 2010), all charted at number one in Australia. After a long hiatus, Crowded House announced they would return to the UK in 2020 with a new lineup. Neil Finn, Nick Seymour, Mitchell Froom, and Finn’s kids Liam and Elroy make up the new lineup. The band’s 2020 concerts have been postponed because of the COVID-19 epidemic.